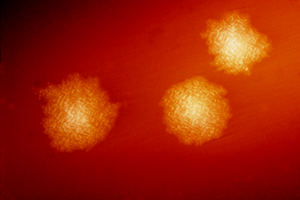 In announcing the initiative, the agency’s president and CEO, Marta Tellado, called such infections “the health crisis of our generation.”

Public health officials around the world agree, referring to antibiotic-resistance as a “major global threat” with “devastating” implications unless “significant” action is taken.

“If we’re not careful, we will soon be in a post-antibiotic era,” said Dr. Tom Frieden, director of the Centers for Disease Control and Prevention (CDC), at a National Press Club luncheon last year. “And, in fact, for some patients and some pathogens, we’re already there.”

Although antibiotics have, of course, saved millions of lives since they became widely available in the 1940s, the CDC has linked overuse of the drugs to more than 2 million Americans becoming ill with antibiotic-resistant infections each year.

And at least 23,000 Americans die each year as a direct result of those infections.

Yet, a 2014 Consumer Reports survey found that most Americans are confused about the causes of antibiotic resistance, and only 41 percent are aware that the overprescribing of the drugs by health professionals is the greatest contributing factor to that resistance in humans.

This week, as part of its new initiative, Consumer Reports magazine published the first of a three-part investigative series of articles on the antibiotic crisis. Titled “The Rise of Superbugs,” the article is a must-read for everybody, but particularly for people who think taking antibiotics is no big deal, even if it turns out they didn’t need the drugs.

That thinking is terribly misguided. For taking antibiotics can be a very big — and potentially deadly — deal, both for the individual who uses the drugs and for the broader community, as the Consumer Reports article explains:

That harm comes in two main ways. First, … antibiotics can disrupt the body’s natural balance of good and bad bacteria, which research shows is surprisingly important to human health. Lillis [a 56-year-old woman profiled in the article] was killed by one such bad bug, the bacteria C. difficile. [She had been given a broad-spectrum antibiotic as a routine preventive measure after a dental procedure.] At least 250,000 people per year now develop C. diff infections linked to antibiotic use, and 14,000 die as a result.

Second, overuse of antibiotics breeds “superbugs” — bacteria that often can’t be controlled even with multiple drugs. Doubek [a 12-year-old boy also profiled in the article] was a victim of MRSA (methicillin-resistant staphylococcus aureus), a bacteria once confined to hospitals that has now spread into the community, including nail salons, locker rooms, and playgrounds — where Doubek may have picked up his infection. MRSA and other resistant bacteria infect at least 2 million people in the U.S. annually, killing at least 23,000.

As alarming as those numbers are, experts say things could get much worse, and fast. The Centers for Disease Control and Prevention has sounded the alarm about two threats: CRE (carbapenem-resistant enterobacteriaceae), which — when it gets into the bloodstream — kills almost 50 percent of hospital patients who are infected; and shigella, a highly contagious bacteria that overseas travelers often bring home and that is now resistant to several common antibiotics, raising fears of an outbreak in the U.S.

Getting doctors to change

According to the CDC, half of all antibiotics in the U.S. are prescribed unnecessarily or used inappropriately. Doctors misuse antibiotics in several ways, note the Consumer Reports editors, including by

Fortunately, research has shown that doctors can be taught to change their over-prescribing ways, and that this retraining can be done fairly quickly and easily.

“One study, in the Journal of the American Medical Association, found that doctors who attended a 1-hour session on guidelines for treating common upper-respiratory tract infections and then received feedback on their prescribing habits, cut their use of broad-spectrum antibiotics almost in half,” the Consumer Reports article notes. “Inappropriate prescriptions for sinus infections and pneumonia were cut by 50 to 75 percent.”

What individuals can do

But we patients need to step up and do our part to stop the overuse of antibiotics, too. We are also a big part of the problem.

“The Rise of the Superbugs” appears in the August issue of Consumer Reports magazine. It can also be read online. Parts 2 and 3 of the series will address the presence of antibiotic-resistant superbugs in America’s hospitals and the role of antibiotics in the U.S. meat supply.

Consumer Reports takes on ‘the health crisis of our generation’