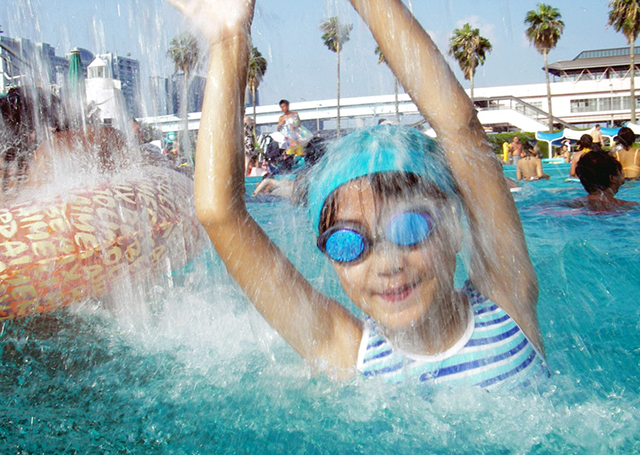 Creative Commons/Hideya Hamano
Most people who develop recreational water illnesses do not see a doctor for their symptoms, and thus it’s likely that many outbreaks fail to get reported to health officials.

Here’s some unsettling summertime news: Outbreaks of illnesses in pools, hot tubs, lakes and oceans have been on the increase in the United States in recent years, particularly ones caused by a chlorine-resistant bacterium called cryptosoporidium.

In a report issued last Friday, the Centers for Disease Control and Prevention (CDC) said it had documented 90 outbreaks of recreational water illnesses in 32 states and Puerto Rico during 2011-2012, nine more than in 2009-2010.

Ninety outbreaks doesn’t seem like a lot when you consider that the U.S. has more than 10 million residential and 300,000 public pools, as well as countless lake and ocean beaches. The actual number of people who became ill, however, was probably much higher, the CDC researchers point out. Most people who develop recreational water illnesses do not see a doctor for their symptoms, and thus it’s likely that many outbreaks fail to get reported to health officials.

In fact, most people do not connect their symptoms — most commonly diarrhea, nausea and vomiting, but also skin rashes and ear, eye and respiratory problems — with a swimming outing.  Part of the reason for this disconnect is because the first symptoms of a recreational water illness may not appear for up to a week after a person becomes infected.

Still, it’s important to keep in mind that the biggest danger from swimming in pools, lakes and oceans is drowning. An average of 10 people die each day in the United States from unintentional drowning, making it the nation’s fifth leading cause of accidental death.

Breaking down the numbers

More than three-quarters of the 2011-2012 recreational water-associated outbreaks documented by the CDC occurred in chlorine-treated pools and hot tubs, and of those more than half involved the one-cell parasite Cryptosoporidum parvum.

The first reported recreational water-associated outbreak of cryptosoporidosis (as the illness is called) occurred in the United States in 1988.

Crytosoporidum has an outer shell that enables it to survive in even highly chlorinated water for many days. In 2014, the CDC issued a “Model Aquatic Health Code” for improving water quality in pools and hot tubs. It recommended that pool operators treat water with ultraviolet light or ozone to kill Cryptosoporidum and other chlorine-resistant pathogens.

Of course, disease-causing waterborne pathogens can also live in the untreated waters of lakes and oceans. The CDC researchers traced the remaining outbreaks of recreational water illness in 2011-2012 — almost a quarter of the total number — to these sources. High levels of E. coli bacteria were responsible for a third of the outbreaks.

The CDC’s national numbers on recreational water illnesses echo what has been happening in Minnesota during the past decade.

Between 2005 and 2014, Minnesota had 47 reported outbreaks of recreational water illnesses, resulting in 767 known illnesses, according to the Minnesota Department of Health (MDH).

Most of Minnesota’s outbreaks of recreational water illnesses occurred at swimming pools (26), followed by ones at lakes (11), spa pools (7), splash pads (2) and swimming ponds (1).

The Minnesota Department of Health (MDH) urges people to contact their doctor if they develop any symptoms of a recreational water illness. The agency also recommends these healthy swimming tips:

The MDH has much more information about recreational water illnesses on its website, as does the CDC on its website. The new CDC report appears in the June 26 edition of Morbidity and Mortality Weekly Report (MMWR).