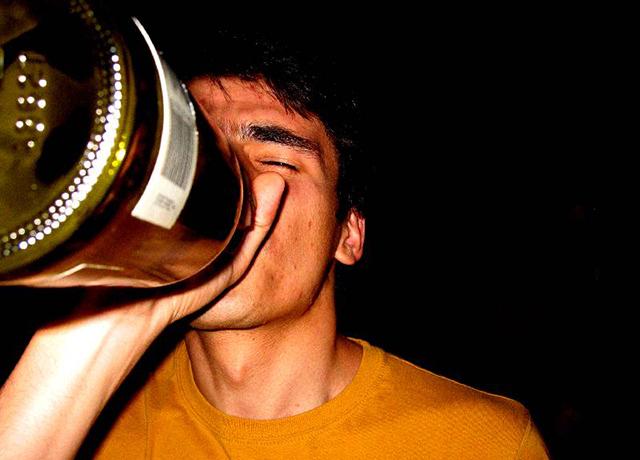 Efforts by community groups, schools, parents and government agencies to reduce underage drinking appear to be paying off, both nationally and here in Minnesota.

Significantly fewer teens — especially at the lower ages — are using alcohol than did so a decade ago, according to a report released earlier this month by the Substance Abuse and Mental Health Services Administration (SAMHSA).

Experts stress, however, that the decline needs to be viewed with caution.

“This report combines underage drinking patterns of a wide range of youth, from junior-high-age students to college-age 20-year-olds,” said Dana Farley, a drug policy specialist with the Minnesota Department of Health (MDH), in a phone interview with MinnPost. “This may mask some of the higher rates as people get older.”

And as both the report and Farley point out, alcohol still remains the most common substance abused by young people — more than tobacco and illicit drugs combined.

The SAMHSA survey suggests that about 8.7 million young people aged 12 to 20 — or 1 in 5 of all youth within that age group — have drunk alcohol within the past month. And 5.4 million, or about 1 in 7, are binge drinkers.

Young people who drink — particularly those who binge drink — are more likely than their non-drinking peers to do poorly in school, to have social and legal problems, and to engage in unwanted, unplanned and unprotected sexual activity, according to the Centers for Disease Control and Prevention (CDC). They are also at a higher risk of dying from accidents, homicides and suicides.

And those who start drinking before the age of 15 are five times more likely than their peers to develop an alcohol dependency problem at or after age 21.

Still, the latest trend numbers are positive. The level of drinking nationally among young people aged 12 to 20 fell about 20 percent between 2002 and 2013, from 28.8 percent to 22.7 percent, according to the SAMHSA report.

Alcohol use is defined in the report as any drinking of alcohol within the 30 days before the survey was given. Binge drinking is having five or more drinks on the same occasion.

But, as already noted, much of the fall in underage drinking appears to be driven by changes in behavior among students at the lower end of the age range. According to the latest National Youth Risk Behavior Survey, the rate of ninth graders who said they had used alcohol within the past 30 days dropped by 40 percent, from 41.1 percent in 2001 to 24.4 percent in 2013.

That decline is twice as steep as the one reported when all the ages are combined.

Here in Minnesota, underage drinking has experienced an even more impressive decline — at least, among ninth graders, which is the only age category for which the state currently has available trend statistics, according to Pete Rode, an MDH research scientist.

In Minnesota, the percentage of ninth-grade students who said they drank alcohol in the past 30 days dropped in half between 2001 and 2013, from about 29 percent to about 14 percent.

“It is possible that the sharp decline we are seeing among 9th graders is due to students delaying when they begin to use alcohol,” stated Rode in an e-mail sent to MinnPost. “If we could look at older youth, we would probably find a decline, but maybe not as sharp.”

Some efforts paying off

What is driving the overall decrease in underage drinking? “There’s a lot of speculation about that,” Rode said in a phone interview. “One thing we can point to is that the prevention messages and efforts of a lot of organizations who have worked not just on alcohol but on smoking seemed to have had some effect.”

Farley agrees. “The good news is that policy, education and consistent enforcement of laws, such as those against underage drinking and alcohol-impaired driving, seem to have some effect,” he said.

But the news isn’t all good, particularly among older youth and young adults.

Even though Minnesota saw a decline in its binge-drinking rate between 2012 and 2013, “21 percent of Minnesotans 18 or older reported binge drinking,” Farley said. “That’s the sixth highest rate in the nation.”

And a report released earlier this year by the CDC ranked Minnesota eighth among all 50 states for deaths caused by alcohol poisoning.

“When it comes to our ranking, we’re going up the ladder rather than down,” said Farley.

The decline in underage drinking, both nationally and in Minnesota, over the past decade offers strong evidence that putting together a strong, coordinated community effort — and allocating the necessary resources — can change behavior.

But we should be careful about focusing all our efforts and resources just on young people, said Foley.

“Research from the CDC and elsewhere suggest that strategies that affect adult drinking also affect youth drinking, so we may be even more effective if we focus on adult binge drinking and alcohol abuse instead of just on underage drinking,” he said.

Efforts to control underage drinking “do not always travel upwards,” he explained, whereas adult drinking and strategies tend to have an effect on both adults and youth.

For more information on community-wide strategies for preventing underage drinking, visit the MDH website. Parents who want information about effective ways of talking with their children about alcohol — including with older teenagers heading off to college — should check out the website for  SAMHSA’s underage-drinking prevention campaign, “Talk. They Hear You.”

Screen time and kids: Focus on quality and limit quantity, say the experts

Here’s how much money Minnesota will get from the $2.2 trillion federal coronavirus response bill — and what it will pay for