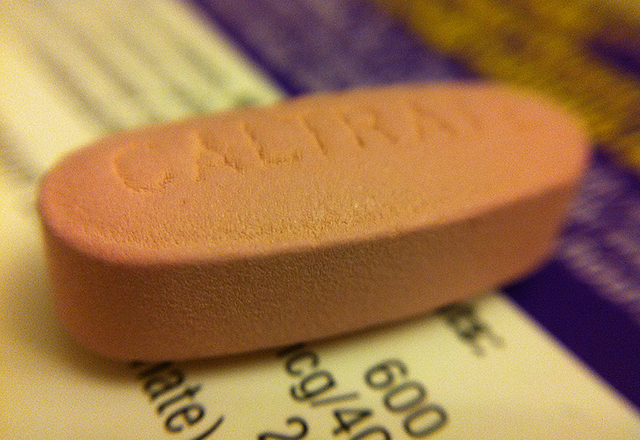 Creative Commons/Carmen Chui
Studies have revealed that more than half of older Americans (70 percent of older women) take either prescription or over-the-counter calcium and/or vitamin D supplements.

Calcium and vitamin D supplements have been shown repeatedly to have no beneficial effect on preventing or treating osteoporosis, as I’ve pointed out here many times before.

In fact, the evidence has not only demonstrated that calcium and vitamin D supplements do not reduce the risk of bone fractures, it has also found that they may cause harm in some cases. This harm includes a greater risk of developing kidney stones, gastrointestinal symptoms that require hospitalization, heart attacks, stroke and even (paradoxically) hip fractures.

Yet doctors continue to recommend the supplements to their patients. And people keep taking them. Indeed, studies have revealed that more than half of older Americans (70 percent of older women) take either prescription or over-the-counter calcium and/or vitamin D supplements — mostly because they’ve been told the products will strengthen their bones.

Why has the evidence about the ineffectiveness of these supplements in preventing broken bones and about their potential for harm — evidence that has been around since 2002 — failed to dampen people’s belief in them?

After all, other therapies once recommended for the prevention and treatment of osteoporosis — estrogen, calcitonin and fluoride — were essentially abandoned once they were shown to be ineffectual or harmful.

The answer can be found in the “complex web” of interactions between the supplement industry and advocacy groups, academics and medical specialty societies, according to a commentary published this week in the British-based journal BMJ.

All those stakeholders benefit financially by promoting the use of the supplements, write Dr. Andrew Grey and Dr. Mark Bolland, associate professors of medicine at the University of Auckland in New Zealand.

“Industry gains scientific credibility, which protects or enhances the sales of its products, and indirect marketing through advocacy groups,” they explain. “Advocacy organisations and specialist societies gain funds to support their existence. Academics gain by maintenance of their status and by obtaining access to research funds and career enhancing publications and presentations.”

And who loses? The public.

“Failure to reverse inappropriate practice leads to overtreatment, systematic waste of healthcare resources, unnecessary costs for patients, and missed opportunities for application of interventions with provide efficacy,” say Grey and Bolland. “Ultimately, the cost is erosion of trust in the medical system.”

Here are just a few of the reasons Grey and Bolland cite for why medical specialty societies, advocacy groups and academia continue to discount the science and promote supplements for preventing and treating osteoporosis:

Global annual sales of calcium supplements in 2013 were about $6 [billion], and those of vitamin D in the US in 2012 were $748 [million]. Companies that market foods rich in calcium or vitamin D also profit from the notion that these nutrients prevent osteoporosis. … Other industries benefit from enthusiasm for use of supplements for osteroporosis. Measurement of [blood levels of vitamin D] has become widely used, benefiting both the manufacturers of assay kits and the laboratories that perform the tests.

Both [the NOF and the IOF] state their aim as improving patient outcomes, but their objectivity may be compromised by the influence of a range of commercial sponsors, including companies that market supplements, dairy products, and nutrition related laboratory tests.  … Twelve of the 22 NOF corporate sponsors and 14 of the 25 IOF corporate sponsors are active in nutrition related commercial enterprises. … Members [of the NOF’s Board of Trustees] include supplements manufacturers, companies that produce vitamin D tests kits, and the Council for Responsible Nutrition, which describes itself as the “leading trade association representing dietary supplements manufacturers and ingredient suppliers.” … After evidence accrued that calcium and vitamin D do not safely reduce fracture risk, the nutrition industry continued to partner osteoporosis advocacy organisations to promote their widespread use.

Financial involvement of the nutrition industry in calcium and vitamin D publications has been inconsistently acknowledged. For example, in publications about vitamin D coauthored with bone nutrition academics, employees of [the Council for Responsible Nutrition and the supplement manufacturing giant DSM] acknowledged their affiliations but declared no financial conflicts of interest. In addition, prominent academics wrote manuscripts about vitamin D and calcium without disclosing relevant conflicts of interest, including receiving money for research support, participation in speakers bureaus and payments for consultancies and writing manuscripts. Other groups of academics that are sponsored by companies that market nutritional supplements, dairy foods, or vitamin D assay kits, such as the Belgian Bone Club and the International Institute for Nutrition and Bone Health, formulate “consensus” documents and publish manuscripts that endorse nutritional interventions without always acknowledging, or incompletely acknowledging, their commercial conflicts of interest. …

Setting aside finances, academic leaders may also have academic conflicts of interest. For example, their career development may be enhanced by the persistence of beliefs that nutritional supplements benefit the skeleton. Such conflicts of interest may have influenced the Endocrine Society’s endorsement of widespread moderate dose vitamin D supplementation in contrast with the Institute of Medicine (IOM), which recommended low level supplementation for older adults, and the Preventive Services Task Force, which advised against vitamin D supplementation.

It is, indeed, a tangled web of vested interests. You can read Grey and Bolland’s commentary on the BMJ website.

A ‘complex web’ of vested interests promote calcium and vitamin D for osteoporosis, despite lack of evidence