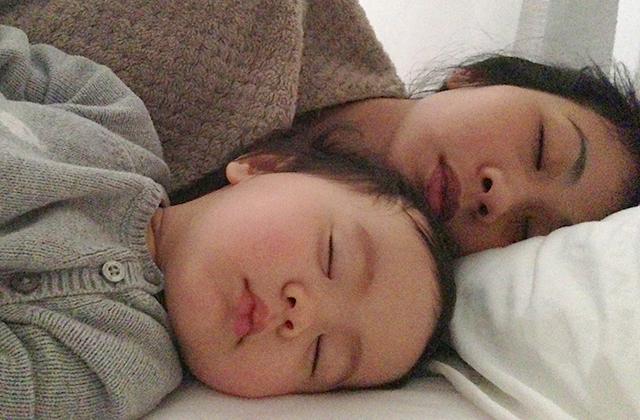 Creative Commons/Lawrence Sinclair
Dr. Michael Howell: “Ninety percent of the human population takes a stimulant at some point during the day, usually caffeine. We do that to wipe out the normal mid-day sleep we would be getting.”

This is the second part of an edited interview with Dr. Michael Howell, an assistant professor of neurology at the University of Minnesota, program director of the Clinical Sleep Medicine Fellowship at the Hennepin County Medical Center and medical director of the Fairview Sleep Centers in Edina, on the crucial role that sleep plays in our health. You can read the first part here.

MinnPost: What can we do as a society to help people get sufficient — and good quality — sleep?

Dr. Michael Howell: It would be nice if we’d recognize that sleepiness — being sleepy and falling asleep during the day — doesn’t mean you’re lazy. If somebody at work needs to just go put their head down and take a nap, they should be able to do that. Believe me, it’s well worth it to everybody else — all your co-workers — if you’re allowed to take a 20-minute nap, if that’s what you need.

I think about the kids I went to school with who were falling asleep in class, and everybody made fun of them, even the teachers. Let’s put it this way: What would happen to a teacher who made fun of somebody’s eating disorder or somebody’s depression? They’d be fired, as they should be. The difference is that sleep is thought of as a volitional process, and if you fall asleep in class, you’re lazy. That couldn’t be further from the truth.

MP: You are a proponent of naps?

MH: I’m a huge believer in naps. Ninety percent of the human population takes a stimulant at some point during the day, usually caffeine. We do that to wipe out the normal mid-day sleep we would be getting.

MP: It’s hard to get people to realize that we’d all benefit if we let other people get more sleep. For one thing, there’d be fewer accidents. The CDC found that about 4 percent of Americans admitted to having fallen asleep while driving within the previous month. That’s a terrifying statistic.

MH: One of our greatest public health threats is people who fall asleep [while driving], and to be honest with you, I’m a bit of a fatalist on this one. I don’t think this problem is going to be solved until robotic cars and automation solve it for us — until human beings are no longer obligated to operate a heavy object that’s traveling at incredible forces and speeds.

MP: What are some other reasons why it’s important to get a good night’s sleep?

MH: We sleep because we feel better when we wake up. We’re less tired. We’re more restful. We’re more alert. We can respond quicker. Our reaction times are faster. Athletes play better. Kids are able to retain information from their teachers better. Our moods are better. We actually stop acting like adolescents when we get a good night’s sleep. In fact, a good way to turn anybody into a teenager is just to sleep-deprive them overnight.

MP: They lose their inhibitions?

MH:  Yes. They become more impulsive. How many road-rage incidents that occur in the morning are related to a couple of people who just didn’t get a decent night of sleep?

MP: What have researchers uncovered about a possible connection between sleep and Alzheimer’s disease? 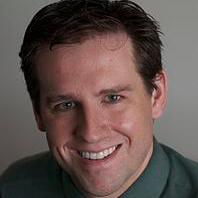 MH: This is relatively new research from the University of Rochester in New York, and it’s fascinating. The research suggests that sleep may help promote something called glymphatic clearance. All the cells in your body throughout the day have metabolic byproducts that are toxic if they accumulate too much. We have a lymphatic system in our body that clears out those toxins, but not in the brain. In the brain we have the glymphatic system. When we’re awake, the brain goes about having various degrees of metabolic activity and lays waste in the cellular spaces outside the neurons. When we’re sleeping, the cells in our brain [particularly the non-neuronal glial cells] shrink a little bit. That makes extra cellular space that the brain can then flush with cerebral spinal fluid, essentially flushing out all those toxins.

One of those toxins is beta amyloid, which is one of the accumulated toxins in Alzheimer’s disease. This is all still very new, but the idea that a function of sleep is essentially to flush out toxins is really exciting.

MH:  It’s my particular interest. Back in 1982, Carlos Schenck, my mentor at [what’s now called the Minnesota Regional Sleep Disorders Center] at the Hennepin County Medical Center, had a patient, a 68-year-old 115-pound grocer who had never played a day of football in his life, but was dreaming that he was a linebacker and jumping out of bed. Carlos arranged for him to have a sleep study, and they found that while the man was still sleeping — and, in particular, during REM sleep, when we dream most vividly and when normally our body is temporarily paralyzed — he was jumping out of bed and hurting himself. One patient was interesting, but they soon had four, then six, and then 30.

MP: And they began to study it. [It’s now called REM sleep behavior disorder, or RBD.]

MH: Yes. The most conservative numbers are that about 0.5 percent of the general population has the disorder, so that means about 25,000 people in Minnesota. But back in the 1980s, sleep researchers used to say that this was just some weird thing that happens in Minnesota. They were missing it, although it was right under their noses. … RBD is absolutely treatable. The behavior can be reduced so that couples can sleep safely together again.

MP: And what is the link with Parkinson’s disease?

MH: What we’ve found is that many of these individuals go on to develop Parkinson’s disease, which is a disorder of movement characterized by tremor and rigidity. It’s also progressive and ultimately disabling. Our [research] group has reported an 81 percent conversion rate [the percentage of patients with RBD who eventually develop Parkinson’s disease], which is just astronomically high. Researchers in Spain have found an over 90 percent conversion rate.

MP:  Over how many years?

MP: I’m assuming that current treatments for RBD do not lower the risk of Parkinson’s disease.

MH:  You’re right. That’s really what we’re after — the development of a neuro-protective therapy, something that might even delay the Parkinson’s by 10 or 20 years.

MP: Sleep is a fascinating topic, and one that is essential to good physical and psychological health. But people tend not to take it seriously, or, at least, not seriously enough to try to improve their sleeping habits.

MH: I hope that changes. Olympic athletes, professional athletes — they have been on top of the sleep issue for a while. They know that if they get an extra half hour of sleep in the morning and are not woken up — and get their sleep apnea treated — they can see a 5 to 10 percent improvement in their performance. That’s the difference between having a short and a long career and an extra big contract.

One trend that’s intriguing is that people are buying all these fitness trackers [like Fitbit and Up]. One of the things they measure is sleep. We could argue about whether or not the devices are really able to characterize how much REM sleep you’re getting, but I think that misses the larger point. These devices suggest people have independently developed an interest in their own sleep. We also know that when you start measuring something you tend to get more of it. So I’m encouraged.