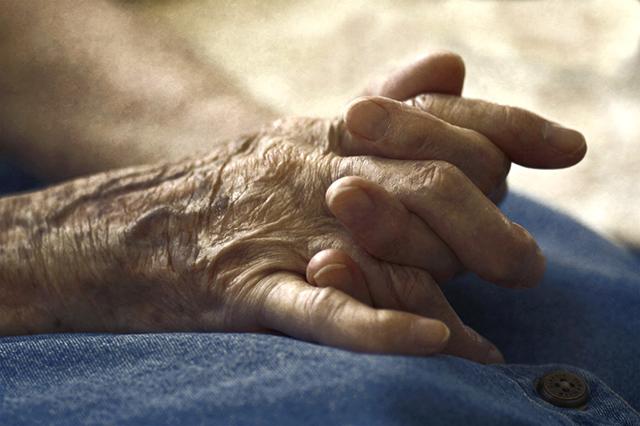 Creative Commons/Tim Hamilton
Women, older individuals, and non-Hispanics were more likely to report any pain, while Asians were less likely.

We are a nation in pain.

According to a new analysis by the National Institutes of Health (NIH), an estimated 55.7 percent of American adults — 126 million people — report having experienced some type of physical pain in the previous three months.

The analysis, funded by NIH’s National Center for Complementary and Integrative Health (NCCIH) and published Tuesday in the Journal of Pain, is based on the 2012 National Health Interview Survey. This government-run survey has been annually collecting data from Americans on a variety of health topics for more than 50 years.

“The number of people who suffer from severe and lasting pain is striking,” said NCCIH Director Dr. Josephine P. Briggs in a media statement released with the analysis.

Other key findings from the analysis include the following:

A cause of opioids abuse

The findings help explain one of the most troubling — and deadly — health trends of the past decade: the epidemic of people addicted to prescription pain medications (opioids).

Abuse of these drugs — which include oxycodone, hydrocodone, fentanyl and morphine — claims more than 16,000 lives from overdoses each year in the United States.

The prescription opioids epidemic is also a major contributor to the recent and highly troubling rise in heroin addiction. When people who become addicted to prescription painkillers can no longer get access to — or afford — those drugs, they sometimes turn to heroin.

More than 8,200 people died of heroin overdoses in 2013, double the number just two years earlier, in 2011, according to a report released in July by the Centers for Disease Control and Prevention (CDC).

Estimates of Pain Prevalence and Severity in Adults: 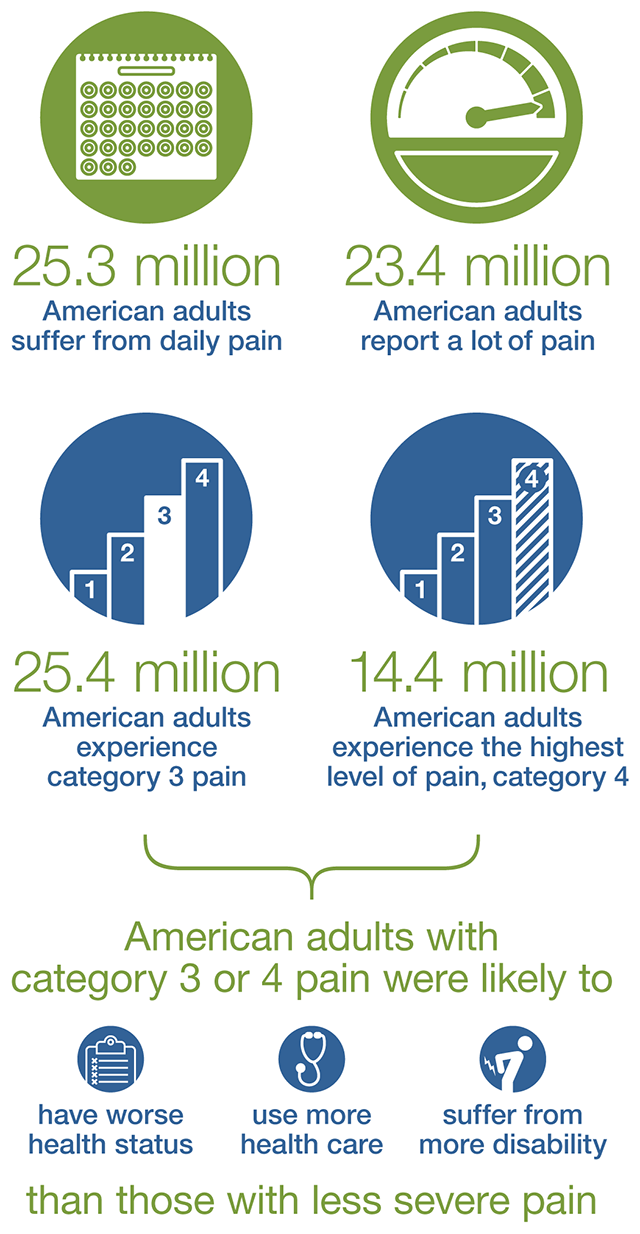 Pain is also a major reason so many Americans turn to so-called complementary medical practices, such as yoga, massage, dietary supplements and homeopathy — often without telling their doctors.

Unfortunately, the scientific evidence to support these alternative methods for the alleviation of chronic pain is weak or nonexistent (or downright ridiculous, as is the case with homeopathy). NCCIH states as much on its website.

And although these approaches tend, in general, not be harmful, they are not without risk — as NCCIH also points out.

NIH is currently funding research to better understand the neurobiological mechanisms of pain — and to try to find safe and effective approaches for its treatments. These latest statistics underscore the importance of that research.

You can read about the report at the NCCIH website.