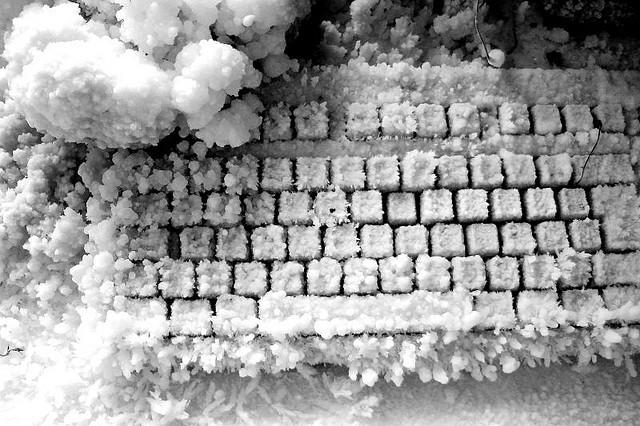 CC/Flickr/Daniela Goulart
Is it cold in here?

Women who grumble about the air-conditioning in their workplaces being uncomfortably cold appear to have a valid complaint.

For, according to a study published Monday in the journal Nature Climate Change, women have, on average, significantly lower metabolic rates than men when engaged in light office work. Yet the air temperatures in most office buildings are based on a decades-old thermal comfort standard that incorporates into its formula the metabolic rate of the average male worker.

As a result, that standard causes considerable “gender-discriminating bias” by making buildings far too cold for comfort for many women, conclude the study’s co-authors, Boris Kingma and Wouter van Marken Lichtenbelt of Maastricht University in the Netherlands.

For the study, Kingma and Lichtenbelt invited 16 women (one at a time) to do light office work, such as reading and e-mailing, while seated at a desk in a sealed respiration chamber. Each woman wore, in addition to underwear and sports socks, a T-shirt and cotton polyester sweatpants.

The chamber measured how much oxygen the women inhaled and how much carbon dioxide they exhaled — a way of determining their bodies’ metabolism, or how quickly they turn calories into energy. More than a dozen wireless temperature sensors recorded their skin temperature.  The women were also periodically asked to rate how comfortable they were with the air temperature in the chamber, using a scale of -3 (cold) to +3 (hot).

An analysis of the data collected from all 16 women found that the current thermal comfort standard overestimates the metabolic rates of women by as much as 35 percent.

This finding likely explains why women have been repeatedly shown to be more sensitive than men to chilly room temperatures.

Kingma and Lichtenbelt recommend that the standard’s formula be revised to include women.

The researchers also point out that the existing standard, which was first devised in the 1960s, is based on the metabolism (and clothes) of a male office worker who is lean (154 pounds) and youngish (40 years old).

But today’s workers — men and women alike — are much more likely to be older and heavier than they were half a century ago. Those factors also affect metabolic rates, and therefore may need to be considered when setting thermal comfort standards.

This study, like all studies, has its limitations. Most notably, it involved only a very small number of women, and no men were sent into the respiration chamber to assess their metabolic rates (and compare them to the women’s rates).

Still, the study makes a good point about taking another look at the current thermal comfort standard used by building engineers. For getting that standard right is important — and not just for the comfort of women.

“In a lot of buildings, you see energy consumption is a lot higher because the standard is calibrated for men’s body heat production,” Kingma told New York Times reporter Pam Belluck. “If you have a more accurate view of the thermal demand of the people inside, then you can design the building so that you are wasting a lot less energy, and that means the carbon dioxide emission is less.”

And that would be good for the planet as well as for women.

You can read the paper by Kingma and Lichtenbelt in full at the Nature Climate Change website.