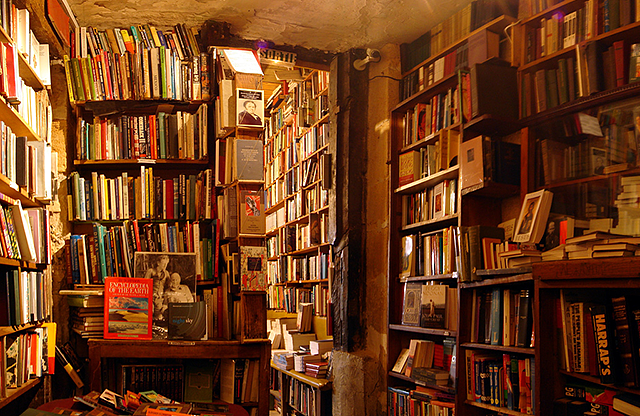 Does reading literary fiction make us “smarter and nicer,” as a Time magazine headline declared a few years ago?

Some research has suggested it does.  A 2006 study reported, for example, that frequent readers of fiction tend to be more empathic than people who prefer nonfiction. And a 2013 study found that reading literary fiction (as opposed to reading popular fiction or nonfiction) appears to enhance people’s ability to identify and understand the emotions of others, a skill crucial for building and maintaining social relationships.

More recently, researchers at Emory University reported that reading fiction (in this case, Pompeii by Robert Harris) increases connectivity in certain areas of the brain — particularly ones associated with language and with understanding other people’s mental states. Furthermore, these changes seem to last for several days after the reading ends.

But, as British psychologist and journalist Christian Jarrett points out in a recent online article for New York magazine, the results of that study and so much other research on this topic “just don’t seem to come close to supporting the grandiose claims being made.”

Jarrett dives most deeply into a study published late last month in the journal Cortex. For the study, a group of cognitive neuroscientists and literary scholars at the University of Liverpool had 24 English literature undergraduate students lie in a brain scanner while reading and reflecting on various four-line selections of prose and poetry. Some of the last lines required the reader to reappraise the selection’s meaning; others didn’t.

After the scan, the students were asked to assess how poetic each entry was and whether they had had to reassess the entry’s meaning after reading its last line.

The study found, writes Jarrett, “that the students who were more sensitive to the differences between prose and poetry and more aware of shifts in meaning tended to show a range of distinct activity patterns in their brains while they were reading, as compared to those with less literary awareness.”

But were these brain-activity differences meaningful? Did they demonstrate, as the study’s authors suggest, that people with greater literary awareness are more flexible thinkers and better able to juggle several meanings at once?

“It is certainly intriguing that the students with more literary awareness showed different brain activity, but the researchers’ interpretations of those brain differences are largely speculative,” he writes. “The researchers also don’t know if their measure of literary awareness was really just a proxy for a more mundane trait, such as intelligence. And they know nothing of the students’ well-being, outlook, or coping skills in real life. Plus, remember that there actually isn’t a great deal of robust psychological evidence for the benefits of reading in the first place — it arguably makes more sense to do that research first before trying to uncover the neural basis for effects that haven’t been successfully demonstrated yet.”

“In short,” he concludes, “it would be so neat if the more literary-aware students approached life with the philosophical perspective of a poet or novelist, but for now, despite the fancy brain-scan findings, the idea remains little more than a good news story awaiting more evidence.”

Darn. I think I’ll finish “All the Light We Cannot See” this weekend anyway.

Does reading literary fiction really make us ‘smarter and nicer’?