Overweight teenage girls with positive self-images of their bodies tend to gain significantly less weight as they enter young adulthood than their overweight peers with negative self-images, according to a new study from the University of Minnesota.

The findings, published earlier this week in the Journal of Adolescent Health, underscore the importance of not using shame or embarrassment when trying to motivate teenagers to make more healthful lifestyle choices.

“We want to make sure that young people grow up to have a healthy body weight because we want them to have healthy outcomes, but putting the focus exclusively on weight is a bit misplaced,” said Katie Loth, the study’s lead author and an assistant professor of family medicine and community health at the U of M, in an interview with MinnPost.

A decade of data

For the study, researchers used data collected from 496 participants of Project EAT (Eating and Activity Among Teens), a U of M research project that began surveying Minnesota adolescents about their dietary and other health-related habits in the late 1990s.

Among the questions asked of the teens were some that pertained to how satisfied or dissatisfied they were with their own body.

Loth and her colleagues analyzed the data to determine how the young people’s body-mass index (BMI) had changed over a 10-year period (1998-1999 to 2009-2010) in relationship to their level of body satisfaction at the start of the study.

The teens (275 girls and 221 boys) were mostly 14 to 15 years old at the start of the study, and all were at or above the 85th percentile for BMI. Slightly more than a third were nonwhite, and slightly less than a third were from low- or low-middle-income families.

Most of the 496 young people gained weight over the 10-year period of the study. 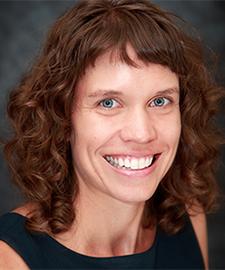 Among overweight young men, however, the researchers found no statistically significant association between body satisfaction and change in BMI.

These findings suggest, write Loth and her colleagues, “that boys’ weight status is not related as strongly to their body satisfaction in adolescence as it is among girls, who generally experience greater levels of societal pressure regarding weight and appearance.”

The important take-home message from this research, said Loth, is that “we don’t want to be using shame or embarrassment to promote weight loss.”

“Sometimes, as we try to get public health messages out to people about the risk of obesity and its health implications, we focus too much on weight and on the number on the scale,” she explained.

“The thing people really have control over is their behavior,” she added, “so switching the conversation away from weight to physical activity and healthy eating is what we really need to be doing rather than focusing on a particular number.”

“How someone feels about their body when they are a teenager continues to impact them 10 years later,” she said. “That’s not perhaps surprising, but it is striking — and it’s something parents and people who work with adolescents need to keep in mind.”

You’ll find an abstract of the study at the website of the Journal of Adolescent Health, but the full study is behind a paywall.