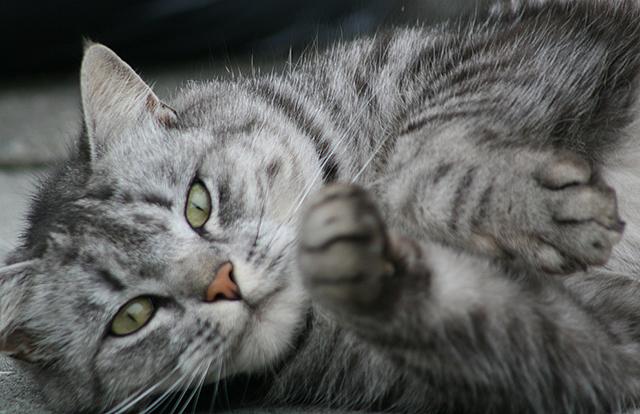 Creative Commons/Helgi Halldórsson
Housecats rarely make their owners sick, says the CDC, but the agency’s list of potential zoonotic diseases caused by them is quite long.

If you’re a pet owner, you may want to take a look. For although, as the CDC acknowledges, pets can “increase fitness, lower stress, and bring happiness,” but they can also “carry germs that can make you sick.”

And your pet doesn’t have to look or act sick itself to be a carrier of those germs.

Zoonotic diseases — ones that are transferred from animals to humans — are more common than most pet owners realize. And some people are particularly at risk of becoming quite ill from them. These groups include children under the age of 5 and people whose immune systems are compromised.

Here is a sampling of the information offered on the website:

Own a parrot, parakeet or other bird? You can catch psittacosis (parrot fever), a bacterial disease that can cause fever, chills, headaches, a dry cough and other symptoms. Washing your hands with soap and water after handling the bird or any objects in its cage is the best prevention.

You can “catch” these illnesses from your cat by coming in contact with its stool — or by being bitten or scratched by the animal. Keeping your cat indoors (so it doesn’t pick up a parasite or disease), washing your hands after being in contact with your cat or its litter box, and wearing gloves while gardening (especially if you have seen cats in your yard) are some of the best ways of protecting yourself.

Are you a dog owner? Germs from dogs, like those from cats, rarely cause disease in their owners. But such illnesses do occur. Among the more common ones in the U.S. are three parasitic diseases (dog tapeworm, hookworm and roundworm) and the bacterial disease campylobacterioisis, which causes fever, diarrhea, abdominal pain and other symptoms.

Make sure your dog has regular veterinarian checkups (remember, pets that carry these diseases may not look ill) and wash your hands after playing with your dog or after cleaning up its stool or food dishes. And make sure you pick up your dog’s stools outside, particularly in any areas where children might play. Better yet: Don’t let your dog defecate in areas where children play.

Have a reptile (turtle, lizard, snake) or amphibian (frog, salamander, caecilian) in your home? Most owners are aware that some of these animals produce venoms or toxins that can be dangerous to humans. Fewer owners realize that these pets can also be the source of several bacterial diseases, including aeromones, salmonellosis and mycobacteriosis. Salmonellosis is a particular risk.

In fact, small turtles (less than 4 inches in diameter) are such risky carriers of the salmonella bacterium that their sale as pets has been banned in the U.S.

Keep your pet’s aquarium or terrarium clean, and wash your hands with soap and water immediately after touching that habitat — or the animal itself. Children under the age of 5 should not handle reptiles or amphibians without supervision. The CDC also recommends that these pets be removed from the home before a new baby arrives.

Is your pet a fish? Although it rarely occurs, fish (and their aquarium water) can become contaminated with bacteria that can make their owners ill. These bacterial illnesses include aeromonas, mycobacteriosis, salmonellosis and streptococcus iniae infections.

Make sure you keep your fish aquarium clean. Wear gloves — especially if you have any cuts or wounds on your hands — when cleaning it. Monitor your fish daily, and if a fish seems ill, put it in its own tank for observation. Dead fish should be removed immediately. Also, don’t clean your aquarium — or dump its water — into a kitchen sink. If you use your bathtub for cleaning the aquarium, be sure to thoroughly scrub the tub afterward with bleach or other commercial disinfectant. (Follow the instructions on the disinfectant’s label.)

The site is not designed to discourage you from having pets, but rather to live in healthy coexistence with them.

In fact, you may want to start your exploration of the site with the section on the “Health Benefits of Pets.”