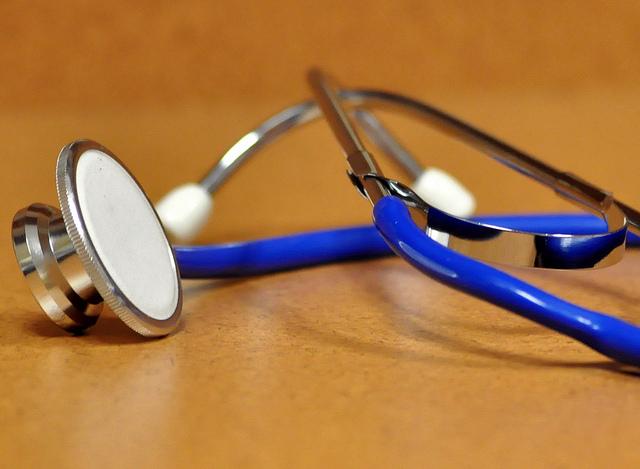 CC/Flickr/Jasleen Kaur
In 45 states (including Minnesota) and the District of Columbia, physicians are required to take continuing medical education (CME) courses to maintain their medical licenses.

The pharmaceutical industry’s testosterone-related education courses for doctors frequently downplay the potential dangers associated with such drugs, thus leading doctors to believe the drugs are safer than they are, according to an investigative “Watchdog Report” published last weekend by the Milwaukee Journal Sentinel and MedPage Today.

As a result, these drugs are being overprescribed — sometimes with serious consequences — to older men, the report points out.

“The courses are part of a massive drug-company push over the past 10 years to make testosterone products a central part of men’s health,” write Journal-Sentinal reporter John Fauber and MedPage Today reporters Coulter Jones and Kristina Fiore.

And that push is working. In 2014, sales of prescription testosterone drugs reach $2.1 billion, the reporters note.

In 45 states (including Minnesota) and the District of Columbia, physicians are required to take continuing medical education (CME) courses to maintain their medical licenses. Such courses are supposed to help doctors stay up-to-date on new treatments, procedures and other medical matters.

The production of these courses is a multi-billion-dollar industry. In 2014, according to Fauber, Jones and Fiore, various companies and institutions received $2.7 billion in income for creating CMEs — including $676 million from drug and medical device companies.

No matter who is funding the CMEs, their content is supposed to be evidence-based and unbiased.

Industry funding of CMEs slumped significantly between 2007 and 2010, after congressional investigations showed that companies were manipulating the courses to promote unapproved (off-label) uses of their products. Hospitals and medical schools, worried about the appearance of conflicts of interest, became particularly reluctant to accept any money for developing CMEs.

But industry funding for CMEs has rebounded in recent years — although with a twist, according to Fauber, Jones and Fiore.

For their current investigative report, Fauber, Jones and Fiore reviewed 75 testosterone-related industry-funded courses published since 2010. Of those, 65 had at least one physician consultant who had worked for a company that marketed a testosterone product.

Under current law, the drug companies — and the physician-consultants — do not have to disclose such payments. So doctors taking the course for CME credit may not realize that the experts presenting the material have financial ties to the products or treatments being discussed.

As Fauber, Jones and Fiore point out, the Obama administration would like to require full disclosure of CME-related payments, but the American Medical Association and other physicians groups have lobbied against any such change in the law.

The reporters did tract down a Rhode Island physician, Dr. Martin Miner, who participated in a 2012 course funded by Abbott, which at the time made the top-selling testosterone product, AndroGel.

That course claimed that testosterone therapy was “no longer ruled out” for men with active, low-grade prostate cancer — a statement “specifically contradicted by FDA-approved labels for testosterone products, which warn they should not be given to men with known or suspected prostate cancer,” write Fauber, Jones and Fiore.

“And it is contracted by treatment guidelines established by the Endocrine Society,” they add. “Those guidelines say the products should not even be used by men with elevated PSA numbers, which can be a sign of possible prostate cancer, without further evaluation of the patient for cancer.”

When the reporters asked Miner, who is co-director of the Men’s Health Center at Miriam Hospital in Providence, R.I., about those statements, he quickly did some back-pedaling.

“Perhaps I didn’t proof it as well as I should have,” he added.

Although the Milwaukee Journal Sentinel/MedPage Today report focuses on testosterone-related CME courses, the reporters point out in an accompanying article that companies also fund similarly questionable CMEs on other topics.

Companies that make potentially dangerous diet drugs have recently funded CMEs on obesity, for example. And the American Beverage Association (which represents the manufacturers of soft drinks and other non-alcoholic beverages) has funded courses on the use of low- and non-calories sweeteners in weight loss.

Perhaps one of the most troubling recent examples involves the drug Addyi, which received approval by the Food and Drug Administration (FDA) last August for the treatment in women of hypoactive sexual desire disorder, a highly controversial diagnosis.

Back in 2010, a full year before the drug first came before the FDA, Addyi’s manufacturer funded 14 CMEs on the disorder, thus paving the way for the “medicalization of a normal state,” as a recent commentary in the Journal of Medical Ethics points out.

You can read Fauber, Jones and Fiore’s terrific report on either the Milwaukee Journal Sentinel’s website or on the MedPage Today website.