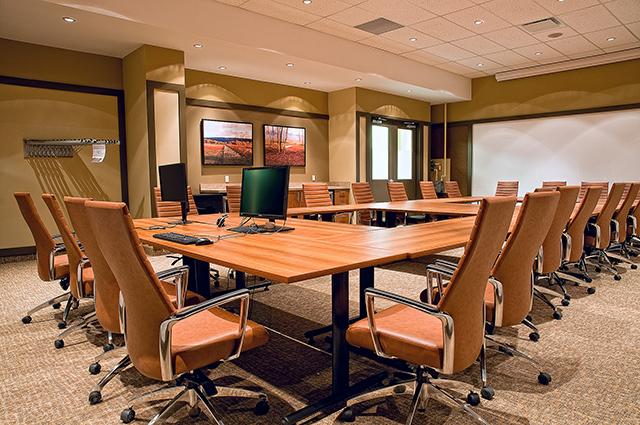 Creative Commons/reynermedia
Companies are not required to report what they pay academics to serve on their boards of directors.

Almost 1 in 10 of the people serving on the boards of directors of for-profit health-care companies are academic leaders from U.S. medical schools and research institutions, according to a study published this week in The BMJ.

These dual obligations pose “personal, financial, and institutional conflicts of interest” — conflicts not fully addressed by current national guidelines, say the University of Pittsburgh researchers who conducted the study.

Under the guidelines of the Physician Payments Sunshine Act (part of the Affordable Care Act), pharmaceutical and medical device companies are required to report all payments made to clinicians and researchers, including those employed by academic research institutions. Such payments include funding for research, speaking honorariums, and travel expenses to meetings and other gatherings.

Companies are not, however, required to report what they pay academics to serve on their boards of directors.

“As our analysis shows, many academic leaders and professors in medicine may have significant industry relationships not captured by the Sunshine Act,” said Dr. Timothy Anderson, lead author of the study and a chief medical resident and health services researcher at the University of Pittsburgh Medical Center, in a released statement. “Often when we talk about conflicts of interest in medicine, we are talking about physicians receiving pens and meals from sales representatives. The stakes are much higher for the board members in our study.”

To understand how common it is for academics to serve on the boards of directors of health-care companies (and to determine how much they are compensated for doing so), Anderson and his colleagues looked through public disclosure information submitted to the U.S. Securities and Exchange Commission by companies in the health care sector in 2013.

They found such information for 442 companies. Of these, 166 were pharmaceutical companies, 107 were biotechnology companies, 94 were medical equipment and supply companies, and 75 were health-care-provider companies.

They then looked to see how many members of the companies’ boards of directors had academic affiliations.

The researchers found that 180 of the 442 companies (41 percent) had at least one academically affiliated director. These included university presidents, trustees, provosts, deans, department chairs, professors and chief executive officers of university-affiliated hospitals.

In total, 279 health-care company directors (out of 3,434 in total) had ties with 85 nonprofit academic institutions. Among these institutions were 19 of the top 20 medical schools funded by the National Institutes of Health, according to the study’s authors.

Of the academically affiliated directors, 73 were academic leaders (such as university presidents, provosts, deans, department chairs and hospital executives), 121 were professors and 85 were trustees.

Several served on more than one board. The academic leaders held a total of 85 directorships; the professors, 132; and the trustees, 93.

Anderson and his colleagues name specific academic institutions in their study, but not individual directors. (They say they want to keep the focus on the topic, not on individuals.)

The academic institutions with the most directors of publicly traded health-care companies in 2013 were Harvard University (29), Cornell University (20), Northwestern University (11) and the University of California, San Francisco (9).

The Mayo Medical School is the only Minnesota institution named in the study. It’s listed as having two academic leaders or professors holding directorships.

The study’s authors also examined how much the academics were compensated for serving on the boards of the for-profit companies. Together, the academics received $55 million during 2013. On an individual level, the compensation ranged from zero dollars to $1.43 million, with an average annual payment of $193,000. Those payments did not include stock in the companies, which averaged about 50,700 shares for each director.

“The sums are unsettling,” says Dave Rothman, a professor at Columbia University’s College of Physicians & Surgeons, in a commentary [with British spellings] that accompanies the study. “[But] even if leaders served on boards without taking payment, there are other more indirect ways that both companies and institutions could find to do each other favours.”

“No one seeks to demonize industry,” he adds. “Academy-company cooperation is necessary for medical progress. But how do we safeguard scientific and clinical integrity, ensuring that it is knowledge and not market share that shapes research and clinical practice? How do we keep the playing field level when industry dispenses hundreds of thousands of dollars to academic leaders?”

In their study, Anderson and his co-authors cite several possible policy changes that might help manage the financial relationships between academia and industry, ranging from full public disclosure of these relationships to prohibiting them altogether.

Rothman argues, however, that “although it may seem radical, excluding leaders from directorships is the only credible policy.”

“Critics insist directorships promote cooperation and progress; but obviously many ways exist for sharing knowledge without joining a board,” he writes. “… Yes, share information with industry as appropriate, but do not take payment, travel, and the rest. … [I]ndependence would make apparent that academic medical institutions stand apart, guided by professional principles, autonomous in theory and practice. In this domain, as in many others integrity must take precedence over individual’s compensation.”

You can read the study and the commentary on The BMJ’s website.