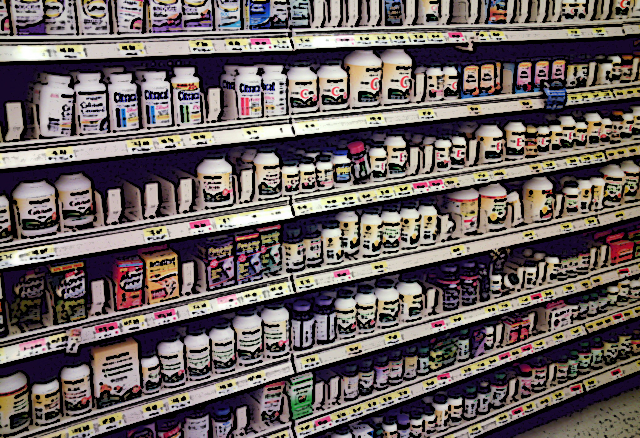 Many supplements that claim to be natural “brain boosters” contain prescription drugs that have never been approved by the U.S. Food and Drug Administration (FDA), according to a study published recently in the journal Drug Testing and Analysis.

The findings underscore the ongoing concern about both the safety and effectiveness of dietary supplements sold in the United States.

As I’ve noted in Second Opinion many times before, the FDA is severely limited in its ability to protect the public from fraudulent and unsafe dietary and other supplements because the $33-billion-a-year supplements industry — aided by powerful congressional friends — has blocked any meaningful attempts to regulate its products.

The FDA can take significant action against a supplement only after it’s on the market and has been shown to be harmful — in other words, after some people have been hospitalized or die. Few consumers realize this fact, however, when they purchase vitamins, minerals, herbal or homeopathic “medicines” and other dietary supplements at their local pharmacy, grocery or “natural health” store.

For the current study, a team of researchers led by Dr. Pieter Cohen of the Harvard Medical School focused on supplements that contain vinpocetine or picamilon, two drugs that are prescribed in several countries, most notably in Russia and China, to treat stroke and other cerebrovascular disorders that affect the circulation of blood to the brain.

In the U.S., supplements with these drugs are most often marketed as “memory enhancers,” “neuro enhancers” or “smart drugs,” although they are also sometimes promoted as aids for building muscle or losing weight.

Vinpocetine, a synthesized (not natural) version of a component in the leaves of the lesser periwinkle plant (Vinca minor), is used in some overseas countries to treat acute stroke and cognitive impairment, although, as Cohen and his colleagues point out, “its neuroprotective effects have never been proven.”

In fact, a study published in 2008 by Cochrane, a global independent network of researchers, found no evidence that vinpocetine benefits patients who have had a stroke.

The drug can produce several adverse side effects, however, including flushing, headaches and low blood pressure (which can cause lightheadedness and sudden fainting).

Picamilon is a synthesized drug developed in Russia to mimic a chemical in the brain known as GABA, which has major inhibitory effects on the nervous system. Russian doctors prescribe picamilon for the treatment of several neurological conditions, but it has never been approved for use in the U.S.

Its potential side effects also include flushing, headaches and dangerously low blood pressure

For reasons that the FDA has yet to explain, the agency has allowed both of these non-approved prescription drugs to be introduced into dietary supplements sold in the U.S.

Vinpocetine, for example, is in 340 different brands of supplements. In 1997, a supplement maker submitted a new ingredient notice regarding vinpocetine to the FDA. “The FDA may have assumed [at that time] that vinpocetine was a botanical extract, but it is not,” writes Cohen in a letter to the editor published this month in Mayo Clinical Proceedings.

He and his colleagues say in their study that they are unaware of any similar notification for picamilon having been submitted to the FDA.

For the current study, the researchers analyzed 23 brands of vinpocetine and 31 brands of picamilon supplements to determine if their labels were accurate regarding the amount of the drugs that were in the supplements.

Because of the large number of vinpocetine supplements, the researchers limited their analysis to brands sold at two major retailers of supplements: GNC and Vitamin Shoppe.

Vinpocetine was not found in six of the products tested, despite being listed on the label. In the other 17 products, the amounts of the drug ranged from 0.3 milligrams (mg) to 32 mg per dosage. That means that many U.S. consumers are unknowingly taking prescription levels of the drug, which range from 5 mg to 40 mg in Russia and elsewhere.

Only six of the supplements contained the drug in the amount claimed on their label.

Vinpocetine was not found in six of the products tested, despite being listed on the label.

Of the 31 brands of picamilon supplements, 30 contained the drug. The amount of picamilon in the different products varied greatly, from 2.7 mg to 721.5 mg per daily dosage.

The prescription doses for this drug range from 50 mg to 200 mg.

“The FDA has permitted an unapproved new drug with unproven efficacy and known adverse effects to be sold directly to consumers,” writes Cohen in his letter in Mayo Clinic Proceedings. “By permitting the sale of a drug as a dietary supplement, the FDA has created a dangerous precedent by which new drugs can bypass the rigorous drug approval process and be sold directly to consumers without FDA approval. When this happens, consumers are unable to obtain accurate dosing information and are not aware of adverse effects.”

“The FDA should not permit unapproved drugs, even semisynthetic derivatives of natural compounds, to be sold as dietary supplements,” he adds.

“This is not the only bad apple in the barrel but just the latest in a lengthy list of bad apples,” he told one of his organization’s reporters. “… All dietary supplements should be viewed with great caution and used at one’s own risk.”