In a commentary published online Monday in JAMA Internal Medicine, Marion Nestle, professor of nutrition, food studies and public health at New York University and the author of “Soda Politics,” argues that the food industry’s longstanding influence on nutrition research threatens the credibility of the entire field.

“It’s time,” she says, “that food and nutrition researchers and societies recognize the influence of food-industry sponsorship, take steps to control its effects, and ensure that sponsored studies promote public health, not the marketing of food products.”

To back up her arguments, she points to two recent investigative articles in the New York Times. One documented how Coca-Cola has been funding academic researchers through a nonprofit “front” organization called the Global Energy Balance Network, which promotes the message that physical exercise is more effective at keeping weight down than limiting calories (such as those in sugar-sweetened sodas).

The second article describes how companies like Monsanto, the world’s largest seed company, and the organic foods industry have both used academics to push their agendas in Congress.

Industry-funded studies almost always end up with results that favor the sponsor’s interest, Nestle points out. Earlier this year, she began collecting a sampling of food-and-beverage-industry sponsored studies as they appeared in journals she was reading. Between March and October, she identified 76 such studies.

“Of these, 70 reported results favorable to the sponsor’s interest,” Nestle reports.

The food companies then use those results to promote their products. Nestle offers this example:

Mars Inc, … the maker of chocolate candies such as M&Ms, funds studies on the effects of cocoa flavanols on arterial function and blood pressure. One such study, published in September 2015, concluded that these compounds “improved accredited cardiovascular surrogates of cardiovascular risk, demonstrating that dietary flavanols have the potential to maintain cardiovascular health even in low-risk subjects.” The study investigators, one of whom is employed by Mars, followed well-established scientific protocols in conducting the research. Science is not the issue here. Marketing is the issue. The question is why Mars would fund a study like this and assign one of its employees to help design and write it.

In this instance, the answer is obvious. Mars issued a press release “Cocoa flavanols lower blood pressure and increase blood vessel function in healthy people,” and noted these results in a full-page advertisement in the New York Times on September 27, 2015, Neither the press release nor advertisement explained that cocoa flavanols are largely destroyed during all but the most careful processing of chocolate, nor did they mention chocolate at all. They didn’t have to. Uncritical readers are likely to interpret the statements as evidence that chocolate is good for them and that its sugar and calories can be ignored.

As for Monsanto and the organic food industry, both “recruit scientists to speak on their behalf, [but] Monsanto has far greater resources,” says Nestle.

“In 1994, I was a member of the Food Advisory Committee to the US Food and Drug Administration (FDA) when that agency approved genetically modified (GM) foods,” she writes. “I observed how Monsanto-funded scientists convinced the FDA that labeling GM foods would be misleading.”

And that lobbying is even more aggressive today, as Nestle explains:

Confronted with increasing public support for labeling foods that are produced with GM ingredients, the biotechnology industry supported — and the House of Representatives passed — H.R. 1599 in July 2015. This bill, expected to be considered by the Senate before the end of 2015, has the Orwellian title, “The Safe and Accurate Food Labeling Act,” but some critics call it the “Denying Americans the Right to Know (DARK) Act.” Proposed by Representative Mike Pompeo (Kansas) on the basis that GM foods are safe and, therefore, acceptable, the act would block states from enacting labeling laws (as Vermont has already done) and permit GM foods to be labeled as “natural.”

Opponents question the safety of GM foods. But they also raise additional reasons for full transparency in labeling — patents, control of seed stocks, the widespread application of chemical herbicides to GM crops, and the increasingly widespread resistance of weeds to those herbicides. When evaluating conflicting scientific and policy arguments about GM foods, it is useful to know who funds the researchers and their studies. 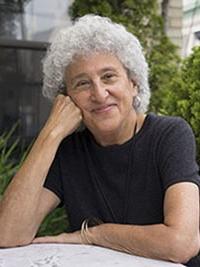 “From my observations,” she writes, “nutrition researchers, journals, and professional societies, like medical researchers, often fail to realize that food-industry funding may affect their work and its credibility.”

“If food companies and trade associations want to fund research,” she stresses, “they should consider pooling resources and setting up an independent foundation to administer the grants. Everyone involved in this system should be doing everything possible to advocate for more research funds from federal granting agencies. Nothing less than the credibility of nutrition research and advice is at stake.”

Unfortunately, JAMA Internal Medicine has placed the commentary behind a paywall, but you can follow Nestle’s writings on this issue at her “Food Politics” blog.