Life expectancy in the United States — for both men and women — remained unchanged in 2014, according to a report released Wednesday by the Centers for Disease Control and Prevention (CDC).

This is the now the third year in a row that U.S. life expectancy has not budged. That’s not good news. We should be doing better. Indeed, according to the World Health Organization, Americans live, on average, significantly shorter lives than people in 33 other countries, including all of the nations of Western Europe and such disparate places as Canada, Chile, Lebanon, Israel, Korea and Japan (which tops the list at 84 years).

It’s not clear why U.S. life expectancy has failed to improve. As the CDC report points out, between 2013 and 2014 the age-adjusted death rates significantly decreased for five of the 10 leading causes of death: heart disease, cancer, chronic lower respiratory disease, diabetes, and influenza/pneumonia.

But the rates increased for four other causes: unintentional injuries, stroke, Alzheimer’s disease and suicide. (The death rate remained unchanged for kidney disease.)

Those findings overlap with the troubling results of a study published in November. It reported a startling rise in recent years in the death rate of white, middle-aged men in the U.S. The study’s authors attributed that increase to three main factors: substance abuse (from alcohol, prescription opioids and heroin), suicide and chronic liver disease.

Still, this drop in our infant mortality rate is unlikely to do much to improve our current poor (pathetic might be a better word) global ranking on this issue. In 2010, 25 countries had better infant mortality rates than we did. Several — Finland, Japan and Portugal — had rates that were almost one-third of the U.S. rate. 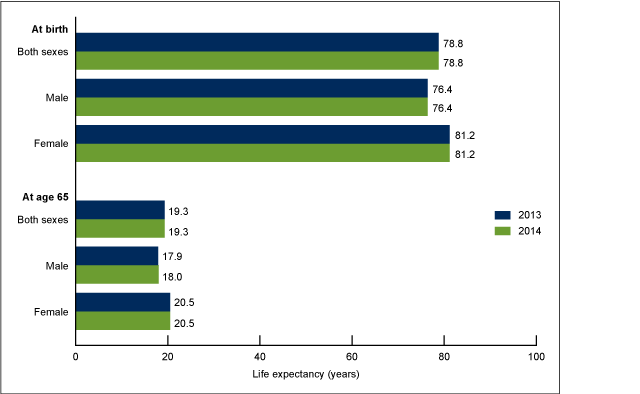 The decline in respiratory-related infant deaths may be connected to other declines, which were reported by the CDC last June. Preterm births dropped slightly in 2014, to 9.57 percent of births (from 9.62 percent in 2013). In fact, the percentage of births delivered before 37 weeks of gestation has declined 8 percent from its peak of 10.44 percent in 2007. 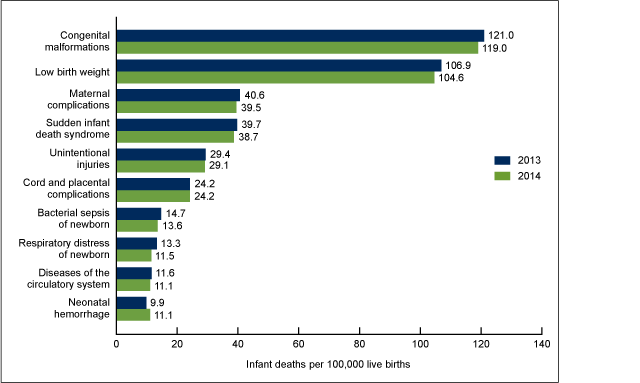 Efforts to reduce medically unnecessary Caesarean section births has become a major campaign of public health officials in recent years, in part because babies born by Caesarean section are at increased risk of developing lung and other respiratory problems.

You can read the new CDC report at the agency’s website.