For decades, health officials have given us a straightforward message about what to do if we want to shed unneeded and unhealthy body fat.

“To lose weight,” they say, “you must use up more calories than you take in.”

Of course, for that strategy to work, we have to be counting the calories we consume correctly. Yet, as journalists Cynthia Graber and Nicola Twilley report in an article published last week on the science website Mosaic, our current system of calorie-counting is broken.

“A calorie isn’t just a calorie,” they write. “And our mistaken faith in the power of this seemingly simple measurement may be hindering the fight against obesity.”

At best, the numbers printed on food labels are just “good guesses,” they say. “Worse yet, as scientists are increasingly finding, some of those calorie counts are flat-out wrong.”

As Graber and Twilley explain, “Roughly speaking, one calorie is the heat required to raise the temperature of one kilogram of water by one degree Celsius.”

This way of calculating calories is known as the “Atwater method,” a name derived from the Department of Agriculture chemist, Wilbur Olin Atwater, who first developed it in the late 1880s. Although the method has been modified since then, some of the calorie counts given foods today can still be traced back to that period. 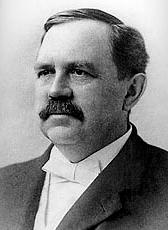 Yet despite the upgrades, any “aura of scientific precision” behind the method “is illusory,” argue the two reporters.

“Even if the calorie counts themselves were accurate,” they say, “dieters … would have to contend with the significant variations between the total calories in the food and the amount our bodies extract. These variations, which scientists have only recently started to understand, go beyond the inaccuracies in the numbers on the back of food packaging. In fact, the new research calls into question the validity of nutrition science’s core belief that a calorie is a calorie.”

Why calories are not all alike

Graber and Twilley describe the various reasons why the calories currently attributed to foods may not be all that meaningful, including the following:

[O]ur bodies sometimes extract fewer calories than the number listed on the label. Participants in [recent nutrition] studies absorbed around a third fewer calories from almonds than the modified Atwater values suggest. For walnuts, the difference was 21 per cent. This is good news for someone who is counting calories and likes to snack on almonds or walnuts: he or she is absorbing far fewer calories than expected. The difference, [one researcher] suspects, is due to the nuts’ particular structure: “All the nutrients – the fat and the protein and things like that — they’re inside this plant cell wall.” Unless those walls are broken down — by processing, chewing or cooking — some of the calories remain off-limits to the body, and thus are excreted rather than absorbed. …

[C]ooking unlaces microscopic structures that bind energy in foods, reducing the work our gut would otherwise have to do. It effectively outsources digestion to ovens and frying pans. [A scientist] found that mice fed raw peanuts, for instance, lost significantly more weight than mice fed the equivalent amount of roasted peanut butter. The same effect holds true for meat: there are many more usable calories in a burger than in steak tartare. Different cooking methods matter, too. In 2015, Sri Lankan scientists discovered that they could more than halve the available calories in rice by adding coconut oil during cooking and then cooling the rice in the refrigerator. …

There’s also the problem that no two people are identical. Differences in height, body, fat, liver size, levels of the stress hormone cortisol, and other factors influence the energy required to maintain the body’s basic functions. Between two people of the same sex, weight and age, this number may differ by up to 600 calories a day — over a quarter of the recommended intake for a moderately active woman.

Recent research also suggests that intestinal bacteria and other microbes influences how many calories we receive from a food, write Graber and Twilley:

The microbes in our intestines digest some of the tough or fibrous matter that our stomachs cannot break down, releasing a flow of additional calories in the process. But different species and strains of microbes vary in how effective they are at releasing those extra calories, as well as how generously they share them with their host human.

In 2013, researchers in Jeffrey Gordon’s lab at Washington University tracked down pairs of twins of whom one was obese and one lean. He took gut microbes from each, and inserted them into the intestines of microbe-free mice. Mice that got microbes from an obese twin gained weight; the others remained lean, despite eating the exact same diet.

“That was really striking,” said Peter Turnbaugh, who used to work with Gordon and now heads his own lab at the University of California, San Francisco. “It suggested for the first time that these microbes might actually be contributing to the energy that we gain from our diet.”

Time for a replacement

“All of these factors introduce a disturbingly large margin of error for an individual who is trying … to count calories,” report Graber and Twilley. “The discrepancies between the number on the label and the calories that are actually available in our food, combined with individual variations in how we metabolise that food, can add up to much more than the 200 calories a day that nutritionists often advise cutting in order to lose weight.”

That’s why some scientists are calling for innovative ways of labeling foods, such as by giving individual foods rankings for satiety (the ability of a food to make us feel full) or for their calorie-by-calorie nutritional value.

Other scientists are also working toward an even more revolutionary and personalized approach to nutrition — “a future,” explain Graber and Twilley, “where you could hold up your smartphone, snap a picture of a dish, and receive a verdict on how that food will affect you as well as how many calories you’ll extract from it.”

“None of these alternatives is ready to replace the calorie tomorrow,” they add, “yet the need for a new system of food accounting is clear. …  Science has already shown that the calorie is broken. Now it has to find a replacement.”

FMI: You can read the article by Graber and Twilley on the Mosaic website and check out the latest episode of the authors’ podcast, Gastropod: “The End of the Calorie.” Mosaic is published by the Wellcome Trust, a British-based “independent global charitable foundation dedicated to improving health through science, research and engagement with society.”

The arguments for why the calorie is ‘broken’