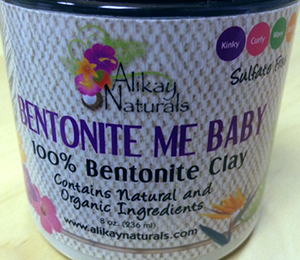 Around Christmas last year, Megan Curran de Nieto was walking through the aisles of the St. Paul Midway Target store when she spotted a container of Bentonite Me Baby on a shelf.

The product is a brand of powdered clay that, according to its label, can be used as a hair mask (for hair that feels “light, clean and soft”), a face mask (for a “clearer complexion and soft skin”) or internally (to “aid in colon and detox cleansing”).

But her interest wasn’t as a consumer. Curren de Nieto is director of community health programs at CLEARCorps, a St. Paul-based nonprofit organization that helps communities and individual families reduce their exposure to lead. At the time of her shopping trip to Target, Curran de Nieto was working with local health officials to assist a family with stubbornly high levels of lead in their blood.

When she saw the Bentonite Me Baby product, Curran de Nieto remembered that the family had told her they had been ingesting bentonite clay, although a different brand, for health reasons.

And, yes, as strange as it might sound, eating clay for “detoxification” purposes has become a bit of a fad in recent years, even though there is absolutely no scientific evidence that the practice enhances health.

“I purchased the jar and sent a sample of it to a lab we work with,” said Curran de Nieto.

A couple weeks later, the lab report came back with a disturbing finding: The sample of Bentonite Me Baby taken from the Target shelf contained 29 parts per million of lead.

To put that number in perspective, the Food and Drug Administration (FDA) permits only 0.1 parts per million of lead in candy likely to be consumed by children.

“That finding scared me,” said Curran de Nieto. “We all know that this is not a product that is marketed to kids, but a pregnant woman could have this in their home.”

Elevated levels of lead in a pregnant woman’s blood pose dangers, for the lead can be passed from the mother to her unborn baby. Pregnant women with high levels of lead are at increased risk of having a miscarriage and of giving birth prematurely, according to the Centers for Disease Control and Prevention. In addition, their babies are more likely to have damaged brains and kidneys and to develop learning or behavioral problems.

Curran De Nieto immediately contacted officials at the Minnesota Department of Health, who quickly passed on the lab test’s findings to the FDA.

On Jan. 29, after conducting its own laboratory analysis of Bentonite Me Baby, the FDA issued a warning to consumers about the product, citing its “potential lead poisoning risk.”

“Consumers should not purchase or use ‘Bentonite Me Baby,’” the FDA stated. “Anyone who has used this product or provided it to a child should consult a health care professional immediately.”

That same day, Target removed the product from its shelves, both in stores and online, according to an e-mail statement sent to MinnPost from Target spokesperson Joanna Hjelmeland.

In a press release issued last weekend, Bentonite Me Baby’s manufacturer, Alikay Naturals, insists that it “never provided recommendations or recipes for the internal consumption” of Bentonite Me Baby, and that the product “is not marketed as a food or consumption product.”

That’s a confusing statement given what appeared on the product’s label last December, when it was photographed by Curran de Nieto:

Internal: Works to aid in colon and detox cleansing to remove harmful toxins from the body, which helps many things including raising energy levels.

For its part, the FDA makes clear in its warning to consumers that no confirmed cases of lead poisoning have been linked to Bentonite Me Baby. Nor, said Curran de Nieto, have Minnesota health officials determined that bentonite clay contributed to the high levels of lead among members of the family she was assisting last fall.

No other clay “detoxification” products have yet been tested for lead, however. And it’s not clear that they will be. That’s because “alternative medicines” are barely regulated in the United States, and are not required to prove either their effectiveness or safety before they go on the market. Thus, there’s really no way of knowing for sure what’s in any of these products — until an organization like CLEARCorps gets suspicious and tests it or until it seriously harms or kills someone.

That’s why consumers should be extremely wary of using them. 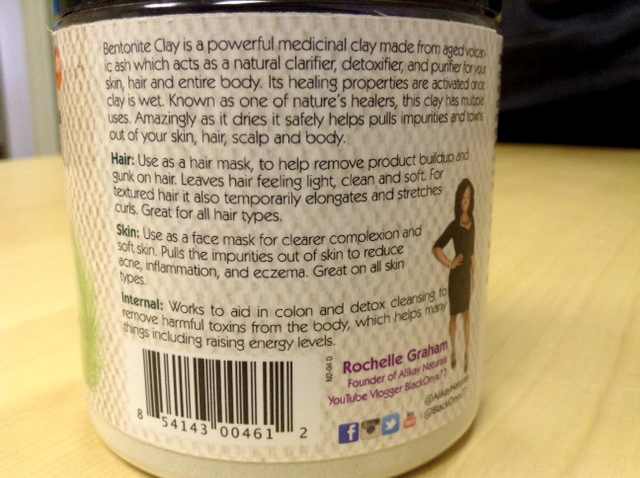 Photo by Megan Curran de Nieto
On Jan. 29, after conducting its own laboratory analysis of Bentonite Me Baby, the FDA issued a warning to consumers about the product, citing its “potential lead poisoning risk.”

“Be very aware of anything that you’re taking, and carefully consider if that product is serving you in your best interest,” said Stephanie Yendell, supervisor of the health risk intervention unit at the Minnesota Department of Health.

And don’t assume a product is safe simply because some version of it can be traced back to ancient cultures.

“The way such medicines were prepared a thousand years ago is very different from the way they are prepared today in an industrialized setting,” said Yendell.

FMI: For details about why eating clay for therapeutic purposes is medical mumbo-jumbo, I recommend an article published a couple of years ago in the Daily Beast by Dr. Kent Sepkowitz, an infectious disease specialist at the Memorial Sloan Kettering Cancer Center in New York City. “Eating clay might not be in the top five dumb fads championed by showbiz celebs and then glamorized for general consumption (Scientology, anyone?),” he writes, “but it’s still up toward the leaders.”