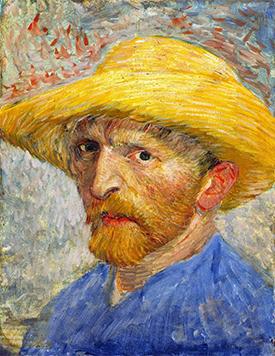 “We of the craft are all crazy,” Lord Byron once declared about poets. “Some are affected by gaity, others by melancholy, but all are more or less touched.”

That vision of the “tortured artist” — the belief that there is a strong link between creativity and mental illness — is deeply embedded in our culture.

But what does the evidence — the scientific research — actually say about the connection between creativity and mental illness?

Not much, according to British psychologist and journalist Claudia Hammond. In a provocative article written last week for the BBC Future website, Hammond describes how and why research on this topic does not tell us what we may think it does.

One of the difficulties, she points out, is that there is no good way of defining creativity, so researchers have to use substitutes, such as professions. And that’s problematic, as Hammond explains:

For example, a study from 2011 simply classifies people by occupation assuming that everyone who is an artist, a photographer, a designer or a scientist must be creative, regardless of their exact job. Using the Swedish government census the researchers did find that people with bipolar disorder were 1.35 times more likely to be in one of these creative jobs. But there was no difference when it came to anxiety, depression or schizophrenia. Because such a small range of jobs was included, this data can’t tell us whether people in creative professions are more likely than everyone else to have bipolar disorder or whether accountants are unusually unlikely to develop it.

Other studies frequently cited in support of the idea that creativity and mental illness are linked have additional methodological problems. One of these was a 1987 paper, published in the American Journal of Psychiatry, which compared 30 writers with an equal number of non-writers.

The writers were more likely to have bipolar disorder than the non-writers. It’s a small sample, with just 30 writers interviewed in 15 years and although it is cited widely, it has been criticised … because the mental health problems were diagnosed via interviews and it is not clear what criteria were used. Also the interviewer was not blinded to whether or not people were writers, which could skew the results. What’s more, the writers had chosen to visit a writing retreat, known to be a place where people sought sanctuary, so perhaps those writers were more likely to feel troubled in the first place.

Even if the results are taken at face value they tell us little about causality. Did the supposed creative benefits of bipolar disorder make the writers more likely to choose their profession or did the symptoms mean it was harder for them to find a traditional job?  It is hard to know.

Also widely cited is a small study conducted by Kay Redfield Jamison, a clinical psychologist at Johns Hopkins University and author of the best-selling memoir “An Unquiet Mind.”

“Again,” writes Hammond, “the research was based on interviews, this time with poets, novelists, biographers and artists. A total of 47 people took part, but there was no control group, so any comparisons can only be made with average rates in a population. She found surprising levels of mental illness. For example, half the poets had sought treatment at one time or another. This sounds like a high number, but as critics have pointed out, it is based on just nine people.”

For another widely cited study, psychiatrist Dr. Arnold Ludwig looked at the biographies of more than 1,000 famous people for references to mental health problems and found that “different professions had different patterns of problems,” says Hammond.

“The difficulty here,” she explains, “is that although the famous people were undoubtedly exceptional (Winston Churchill and Amelia Earhart, for example) they were not necessarily creative in the strictest sense of word. Although his lengthy study is often quoted as evidence in favour of a link, Ludwig himself admits in the paper that it has neither been established that mental illness is more common amongst the eminent or that it is necessary in order to achieve eminence.”

Why we believe in the link

So why do we continue to stick to the idea that creative people are more prone than the rest of us to mental illness, when the evidence in support of that idea appears to be weak at best?

Hammond offers several possible explanations. “One reason is that it seems to make intuitive sense that thinking in unusual ways or experiencing the energy and determination that mania can bring, might aid creativity,” she says.

But, of course, just because something seems intuitively true doesn’t mean it is true.

Another possible explanation has to do with the fact that we tend to remember dramatic incidents involving famous artists, writers and others with mental illnesses — Van Gogh cutting his ear off, for example, or Virginia Woolf filling her pockets with stones and walking into the River Ouse.

“We don’t have equivalent mental pictures of artists happily getting on with their lives,” writes Hammond. “We estimate how often something is likely to happen by how easily it comes to mind, so if we are asked to consider whether genius and mental illness are linked, we are struck by the examples we can think of immediately.”

But there may be a more personal reason why we continue to embrace the “tortured artist” meme, says Hammond.

“Ultimately,” she writes, “I wonder whether the idea persists because it is comforting. Comforting if we have a mental health problem because it opens up the possibility of a positive side to it (and I interviewed many people over the years who have described positives to me) and comforting if we don’t because it makes us think that if we were a creative genius there would be a price to pay. Perhaps the link between mental illness and creativity endures simply because we want it to.”

FYI: You can read Hammond’s article on the BBC Future website.