We’ve been told for years — at least, by some health experts — that having a beer or a glass of wine with dinner each day is not only harmless to our health, but may actually help us live longer.

Those experts have based that recommendation on studies that have suggested alcohol’s relationship to mortality has a J-shaped curve: light to moderate drinkers (up to two drinks per day) have a lower risk of premature death than teetotalers, and then, as alcohol consumption increases, the risk of death also climbs.

The scientific evidence for this idea that moderate drinking is good for us — indeed better for us than abstaining — has always been weak, however. Just how weak was revealed Tuesday in a large study published in the Journal of Studies on Alcohol and Drugs.

The study was actually a meta-analysis, a deep dive into 87 previous studies published on the topic of alcohol use and mortality. What it found is that most of those previous studies had defined “abstainers” not only as people who had never consumed alcohol, but also as people who used to drink but had stopped.

The problem with that definition is that many people stop drinking when they become ill. And indeed, as the meta-analysis points out, a 2005 study found that 27 of 30 risk factors for heart disease are more common in abstainers than in moderate drinkers.

So it might not be all that surprising that the “abstainers” in the alcohol studies weren’t living as long as the moderate drinkers.

Indeed, when the meta-analysis researchers corrected the findings of those previous studies for “abstainer bias” (as well as for other study-design problems), the association between moderate drinking and a longer life disappeared.

Furthermore, the 13 studies in the meta-analysis that were free of abstainer bias reported that low-volume drinking offered no significant protection.

Instead of a J-shaped curve, say the researchers, the relationship between alcohol consumption and health appears to follow a more traditional “linear dose response”: the more alcohol consumed, the greater the risk of health problems and early death.

“There’s a general idea out there that alcohol is good for us because that’s what you hear reported all the time,” said the study’s lead author, Tim Stockwell of the Canada’s University of Victoria, in a released statement. “But there are many reasons to be skeptical.”

Not the end of the story

The meta-analysis focused on the relationship between alcohol consumption and overall mortality, not on its relationship with specific health problems, such as heart disease. That’s a topic that is likely to continue to be debated. Indeed, a 2011 study, which corrected for abstainer bias, reported that moderate drinking was associated with a reduced risk of heart disease and stroke, including early death from those illnesses.

Of course, the finding of an association does not prove cause and effect. Other factors, not detected in the study, may explain that 2011 study’s results. 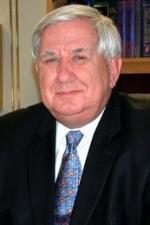 Dr. Russell Luepker, a cardiovascular disease epidemiologist at the University of Minnesota and a spokesperson for the American Heart Association (AHA), says that although he’s impressed with the new meta-analysis, its findings are unlikely to alter the AHA’s current neutral stance on moderate drinking.

“The Heart Association isn’t against it, but it’s not one of our recommendations, either,” he told MinnPost.

“From our standpoint, there’s nothing wrong with moderate consumption,” Luepker said. “We don’t recommend you start drinking to prevent heart disease, but there’s no evidence to suggest that you should quit if you’re a one- to two-a-day drinker.”

As long as you’re not drinking and driving, he added.

“The issue of alcohol is much broader than heart disease,” he said. “There’s a lot of effects that it has, and not all of them are good.”

FMI: You can read the meta-analysis in full at the Journal of Studies on Alcohol and Drugs’ website.

Moderate drinking may not be good for us after all