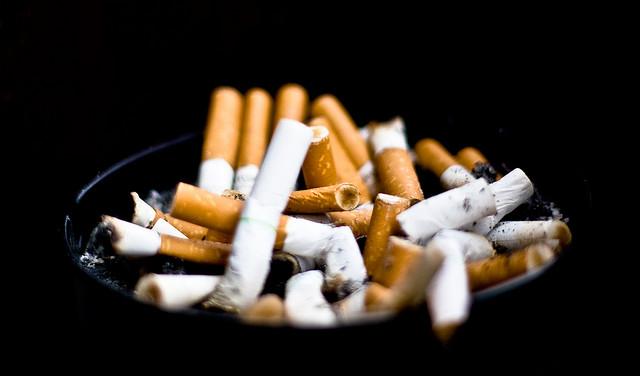 CC/Flickr/Darko Pevec
At the four-week mark, 39 percent of the participants in the gradual-cessation group were still not smoking compared to 49 percent of those who quit abruptly.

When I quit smoking in my early 20s, I did it abruptly. I picked a date, and told myself I wouldn’t smoke another cigarette from that day forward. Ever again.

And I haven’t. But I still remember, all these years later, how agonizingly difficult those first few months of abstinence were. I also remember thinking at the time that there must be a better way of giving up smoking than by going cold turkey.

Well, apparently there isn’t, at least not according to a study published Tuesday in the Annals of Internal Medicine. Using the gold standard of research — a randomized controlled trial — British researchers have found that quitting smoking “overnight” is a significantly more effective strategy than “cutting down gradually.”

They reached this conclusion even though their hypothesis at the start of the study was that the gradual approach would not be inferior.

For the study, which was conducted from June 2009 to December 2011, the researchers recruited 796 people who smoked at least 15 cigarettes a day and who were willing to quit smoking two weeks after enrollment in the study. The smokers were randomized into two groups. One — the “abrupt cessation” group — was instructed to stop all smoking on the quit day. The other — the “gradual cessation” group — was instructed to lead up to the quit day by reducing their smoking by 50 percent during the first week and by 25 percent during the second.

Both groups were provided with advice and support to help them quit smoking. They were also given access to long-acting nicotine patches and various short-acting nicotine replacement therapies, such as nicotine gum and mouth spray.

The participants were assessed weekly for four weeks after the quit day, and then again at six months. At each assessment they were asked how they were doing in terms of quitting, including whether they were experiencing any symptoms of nicotine withdrawal. To obtain an objective determination of the participants’ progress, the researchers also measured the amount of carbon monoxide they exhaled and the amount of cotinine in their saliva. (Cotinine is a marker for exposure to tobacco smoke.)

At the four-week mark, 39 percent of the participants in the gradual-cessation group were still not smoking compared to 49 percent of those who quit abruptly.

At six months, 15.5 percent of the people in the gradual-cessation group were still not smoking compared to 22 percent of those who quit abruptly.

Interestingly, the difference between the groups was apparent from the start: On the quit day, more people in the abrupt-cessation group made the effort to give up smoking (abstaining for at least 24 hours) than in the gradual-cessation group.

“The difference in quit attempts seemed to arise because people struggled to cut down,” said Nicola Lindson-Hawley, the study’s lead author and a tobacco cessation researcher at the University of Oxford, in a released statement. “It provided them with an extra thing to do, which may have put them off quitting altogether. If people actually made a quit attempt then the success rate was equal across groups.”

“We also found that more people preferred the idea of quitting gradually than abruptly,” she added. “However, regardless of what they thought, they were still more likely to quit in the abrupt group.”

This study had several important strengths, including its relatively large number of participants (which cuts down on the possibility that the results were just the result of chance) and its extension of the follow-up period to six months. In addition, the characteristics of the study’s two randomized groups were well balanced. Both groups had a similar average age (49 years), were equally split between men and women and scored similarly on a nicotine dependence test.

But the study also had some limitations. Most notably, more than 94 percent of the participants were white, and all, of course, lived in the U.K. Smoking cessation approaches might lead to different results in other, more ethnically and racially diverse populations.

Although this study found that abrupt quitting is the more effective method, the authors point out that gradual cessation strategies “could still be worthwhile if they increase the number of persons who try to quit or take up support and medication while trying.”

The important thing is, of course, to set a quit day and then to put into place whatever strategies you need to improve your chances of quitting. Many health organizations are ready to offer you resources and support. A great place to start is with Minnesota’s free QUITPLAN program.

FMI: You’ll find an abstract of the new study on the Annals of Internal Medicine website, although the full study is behind a paywall.