More than 1 in 3 older adults in the United States are taking five or more prescription medications, often at the same time they’re using over-the-counter medications and dietary supplements, a practice that puts them at risk of experiencing a serious medication-related health problem, according to a new study from researchers at the University of Illinois at Chicago.

In a second study, researchers at the University of Minnesota report that 1 in 5 American adults do not tell their doctors about any herbs and other dietary supplements they may be using.

The findings from both studies, which were published online Monday in JAMA Internal Medicine, underscore a growing national health problem: polypharmacy.

“The number of medications a person uses is by far the strongest risk factor for medication-related problems,” writes Dr. Michael Steinman, a geriatrician at the University of California, San Francisco, in a commentary that accompanies the studies. “As the number of medications rises, adverse drug reactions become more common. Adherence worsens. Out-of-pocket costs rise. Drug-drug interactions increase. The use of potentially inappropriate and unnecessary medications escalates.”

Herbal and other dietary supplements are among those medications that can result in adverse drug reactions. Taking an omega-3 fish oil supplement in addition to the prescription blood thinner warfarin, for example, may raise the risk of bleeding in some patients. And St. John’s Wort, an herbal supplement, can make drugs for HIV/AIDS, heart disease, depression and other medical conditions less effective.

In the University of Illinois study, researchers analyzed medication data collected in 2005-2006 and again in 2010-2011 from a nationally representative survey of older adults aged 62 to 85 (4,557 adults in total).

They found that the proportion of the survey’s respondents who were using five or more prescription medications rose from 30.6 percent to 35.8 percent over the study’s period. When supplements were also included, the proportion of people using five or more medications was even higher, climbing from 53.4 percent in 2005-2006 to 67.1 percent in 2010-2011.

Multivitamin or mineral supplements and calcium were the supplements most commonly used during the study period, the researchers report. But the use of omega-3 fish oils increased almost fourfold, and the use of vitamin D expanded almost threefold.

The researchers estimate that about 15 percent of older adults in 2010-2011 were using a combination of medications and/or supplements that put them at risk for a major drug interaction, up from an estimated 8.4 percent in 2005-2006.

“These findings suggest that the unsafe use of multiple medications among older adults is a growing public health problem,” they write. “Therefore, health care professionals should carefully consider the adverse effects of commonly used prescription and nonprescription medication combinations when treating older adults and counsel patients about those risks.”

According to the U of M study, however, most physicians are not asking their patients about their use of dietary supplements and other alternative therapies. Nor do patients routinely disclose that information to their physicians. 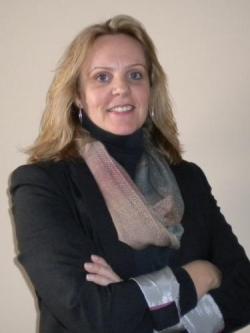 For the study, Pamela Jo Johnson, an epidemiologist and associate professor at the U of M’s Center for Spirituality & Healing, and Judy Jou, a Ph.D. student at the university’s Division of Health Policy & Management, analyzed data collected from 7,493 adults in a 2012 national health survey.

The participants were asked whether they had told their doctor that they were using complementary and alternative medicine (CAM), such as herbs and other dietary supplements; chiropractic and/or osteopathic manipulation; massage; yoga, tai chi or qi gong; meditation or mindfulness; acupuncture; homeopathy; and special diets. Those who said they had not disclosed that information to their doctor were also asked why.

The survey’s respondents said they primarily withheld the information because their physician had not asked (57 percent reported this reason). The second most common reason for not mentioning their use of CAM (cited by 46 percent of the respondents) was their belief that the physician did not need to know about it.

“Two things about our findings surprised me,” said Johnson in an e-mail exchange with MinnPost. “First, given the increasing use and growing acceptance of many CAM therapies, I was a bit surprised that non-disclosure of most CAM types is still relatively low. Second, I was actually surprised that the most common reason for not disclosing is simply that the physician did not ask. I thought it might be something more nefarious, like negative reactions or fear of being judged.”

The need for full disclosure

Patients should not wait for their doctors to ask about alternative therapies, Johnson added.

“There can be interactions between some dietary supplements and medications,” she explained. “But there are also contraindications for some CAM therapies when patients are on certain medications.”

But is it really necessary to mention practices such as yoga and meditation?

“Telling your physician about your yoga or meditation practice helps them to better understand and treat you as a whole person, rather than just a symptom or a condition, as it lets them know something about your self-care preferences,” Johnson said. “Anecdotally, I know of several specific instances where physicians have offered a different course of treatment because they knew that their patient used complementary health approaches and might prefer non-pharmacologic approaches to managing anxiety, for example.”

“While yoga and meditation were the least disclosed,” she added, “it is also still troubling to see that 25 percent of herb/supplement users and nearly 40 percent of chiropractic or acupuncture users do not disclose.”

FMI: You’ll find both studies and the commentary on the JAMA Internal Medicine website.