A new analysis of data in 40-year-old documents recovered from a long-abandoned box in the basement of the home of a deceased University of Minnesota researcher adds to the growing doubts about one of nutrition’s most pervasive dogmas: that replacing animals fats with vegetable fats is healthier for the heart.

In a study published Tuesday in the journal BMJ, a team of American researchers report the results of a re-evaluation of surviving raw data from the Minnesota Coronary Experiment (MCE), one of the largest clinical trials to test the “diet-lipid-heart hypothesis,” which suggests that eating saturated fat and dietary cholesterol raises cholesterol in the blood and thus increases the risk of heart disease.

They found that MCE’s findings do not demonstrate that switching to a low saturated fat diet protects the heart.

The new analysis of the old data did reveal that eating less saturated fat tends to lower cholesterol levels in the blood. But it also showed that such a dietary change has no effect on clinical outcomes, specifically the incidence of atherosclerosis, heart attack or premature death.

In fact, the vegetable-fat diet was associated with an increased risk of dying from heart disease among people over the age of 64.

The primary investigator of the original study — former University of Minnesota researcher Dr. Ivan Frantz — reported similar results when he finally published them in 1989, 16 years after the clinical trial had ended. But Frantz downplayed in that paper what he regarded as the disappointing aspects of the findings — that a low-fat diet had no clinical benefits and was associated with an increased risk of an early death among older people. Instead, he played up the idea that “a favorable trend” for a low saturated fat diet might be found “in some younger age groups.”

Frantz, along with his MCE co-investigator, University of Minnesota physiologist Ancel Keys, were influential in promulgating the post-World War II idea that the Mediterranean diet, which de-emphasizes the consumption of saturated fat, protects against heart disease.

In his book “Good Calories, Bad Calories,” journalist Gary Taubes, who has become one of the most outspoken critics of Keys’ work, writes that when he asked Frantz in 2003 why the MCE study had taken so long to get published, Frantz said, “We were just disappointed in the way it came out.”

The MCE, which was conducted from 1968 to 1973, was a double-blinded randomized clinical trial involving more than 9,000 Minnesotans, aged 20 to 97, who lived in either a nursing home or one of six state mental hospitals. For the study, the participants were randomly assigned to a typical American diet, which at that time was high in animal fat, or to a diet in which about half of the saturated fat was replaced with vegetable oils rich in linoleic acid (such as safflower and corn).

Because the participants were in an institutionalized setting, it was easy for the investigators to control what foods were consumed.

As Frantz and Keys had predicted, the participants who ate the diet low in saturated fat and rich in vegetable oils reduced their cholesterol during the 41 to 56 months of the study by an average of 14.5 percent. That compared to about 1 percent in the control group.

The new re-analysis of the data found a similar reduction in blood cholesterol among the people on the low-saturated fat diet — an average of about 13.8 percent. The re-analysis also found, however, that for each 30 mg/dL reduction in total cholesterol there was a 22 percent increase in the risk of death. This increased risk was primarily found among people who were 65 or older at the start of the study.

Whether that finding is significant isn’t clear, say the authors of the new analysis, because not all of the old data has been recovered. (The documents and data that have been recovered were found by Frantz’s son, Mayo Clinic cardiologist Dr. Robert Frantz, who located them in the basement of his family’s home. Robert Frantz is a co-author of the BMJ study.)

Furthermore, the finding of an increased risk of death among older people on the low-fat diet reflects a correlation, not a cause-and-effect. Other factors, ones not identified in the study and having nothing to do with diet, may explain that particular result.

No harm, no benefit

So, what are we to make of this second look at the MCE data?

“I don’t think the study demonstrates harm in any way,” said the lead author of the re-analysis, Dr. Christopher Ramsden of the National Institutes of Health and the University of North Carolina at Chapel Hill, in a phone interview with MinnPost.

What MCE does suggest, he added, is that a low-fat diet offers no benefit to the heart. 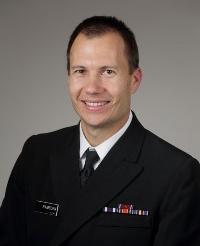 Ramsden and his colleagues also pooled the results of the MCE and four other randomized controlled trials that substituted vegetable oils rich in linoleic acid for saturated fat. That meta-analysis found no evidence that a low-fat diet reduces death from heart disease.

Ramsden said he went looking for the raw data from the MCE study not to disprove the diet-lipid-heart hypothesis, but to see what the data said about the clinical effects of a diet rich in linoleic acid. His main research interest is linoleic acid’s effects on the nervous system, particularly its effects on inflammation and pain.

But once he began reexamining the MCE data, Ramsden felt obligated to report on his findings.

“Our main goal was to do a very careful analysis and provide the data and let other people interpret it,” he said. “But I think it does provide some potentially important insights. The hypothesis has been taken for granted for years and years. Maybe the evidence for it isn’t as conclusive as many believe.”

FMI: You can read the re-evaluation of the MCE data on the BMJ website.