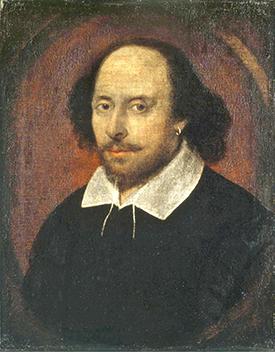 The Lancet has released a Shakespeare-themed issue this month in honor of what many people believe is the 400th anniversary of the playwright’s death.

It’s a fitting place for a tribute. The Lancet, which is one of Great Britain’s oldest and most prestigious medical journals, has had a long affiliation with “The Bard of Avon.” The inaugural issue of the journal, published in 1823, included a theater review of “Much Ado About Nothing.”

In that issue, the Lancet’s founding editor, British surgeon (and medical and political reformer) Dr. Thomas Wakley, “promised not only to report medical intelligence, but also literature” to his readers, according to an editorial by the current editors.

And the journal has kept that promise. Over the past 193 years, Shakespeare has been featured or mentioned in more than 1,200 issues, including a theater review in the current issue of a Royal Shakespeare Company (RST) production of “Hamlet.”

“Most references to Shakespeare in The Lancet are to support a point with an apt quote that is either edifying or amusing,” the editorial points out. “Who better [for example] to back The Lancet’s 1898 Commission on sherry than Falstaff?”

But some articles in the journal have gone further, analyzing Shakespeare’s many references to various diseases and their symptoms.

One 1955 article, for example, attributed Sir Andrew Aguecheek’s erratic behavior in “Twelfth Night” to chronic portal-systemic encephalopathy, a psychiatric disorder associated with liver disease. As the author of that article pointed out, excessive consumption of alcohol is a major cause of liver disease, and eating too much meat can exacerbate its symptoms — activities Sir Andrew engages in with debaucherous relish during the play.

[Beale] learned about various forms of dementia and was put in touch with a specialist in dementia with Lewy bodies. He discovered that a checklist of symptoms for dementia with Lewy bodies mapped onto the development of King Lear’s behaviour in the play. Changes in thinking and reasoning, often manifested by eruptions of rage: Lear’s sudden, irrational decision to disinherit Cordelia because she will not play the game of flattery. Confusion and alertness that varies from one time of day to another or from one day to the next: Lear is sometimes lucid but at other times does not know where he is or what time of day it is. Visual hallucinations: Lear has many of these, from monsters to mice. Trouble interpreting visual information: as the play progresses, he has increasing difficulty in recognizing familiar faces. Memory loss: Lear has moments of forgetting … but he does not undergo the fade into oblivion that is Alzheimer’s disease.

“Furnished with this diagnosis, all that Russell Beale had to do was add some of the physical symptoms of dementia with Lewy bodies — a hunched posture, balance problems, rigid muscles, a tremor of the hand,” Bate adds.

Health and disease come up frequently in Shakespeare’s writing. His works contain hundreds of references to various medical issues, and experts say many of these references exhibit a sophisticated — sometimes even prescient — knowledge of the topic.

“The regularity with which Shakespeare was credited with early descriptions of ailments and treatments led one exasperated inventor of a pessary to conclude in 1877 [that] ‘doubtless, someone will find out that Shakespeare knew all about it, and had described it fully years ago,’” write the Lancet editors.

The most commonly mentioned disease by Shakespeare is syphilis, which the playwright calls by several names, including “the infinite malady” (“Timon of Athens”), “the malady of France” (“Henry V”) and “hoar leprosy” (also in “Timon of Athens”).

Shakespeare mentions syphilis so many times (there are 67 references in “Timon of Athens” alone) that some historians believe he probably suffered from the disease.

If the Lancet continues publishing for another 193 years, will an additional 1,200 references to Shakespeare appear in its pages?

Bate and the authors of the Lancet editorial seem to think so.

“Shakespeare’s plays still live 400 years after his death because he shares with the good physician the art of minute observation of human feelings and human bodies,” says Bate. “But also because, again like the good physician, he never reduces a human being to a set of symptoms, labeled with a diagnosis. He respects the wild complexity of the whole person, with sympathy and without harsh judgment. He rejoices in human endurance, even as he pities the disintegration and sorrow that come with age.”

“At their heart, Shakespeare’s plays and poems explore humanity,” write the Lancet editors. “Tales told with empathy about the struggles of human nature and passions; how all can be lost by poor choices or calamitous circumstance or, sometimes, gained by fortuitous external intervention.”

“Just like the tales at the heart of health care,” they add.

FMI: You can read the editorial, the article by Jonathan Bate and the review of the current RST production of Hamlet at the Lancet’s website.