Pharmaceutical companies are hiking drug prices in the United States in ways that are disproportionately affecting vulnerable populations and keeping many disadvantaged patients from receiving potentially life-saving treatments, according to a scathing commentary by researchers at the University of Minnesota Medical School.

“It seems that a new business model has emerged: companies are acquiring drugs in niche markets where there are few or no therapeutic alternatives in order to maximize their profits,” write Dr. Jonathan Alpern, Dr. John Song and Dr. William Stauffer. “Unlike new brand-name drugs, the patents of the drugs being targeted by this model expired years ago. These companies seem to have no interest in adding value to the health care system by developing new drugs.”

Alpern and Stauffer are U of M physicians with expertise in infectious diseases. Song is an internal medicine physician who also teaches bioethics. Their commentary was published online Wednesday in the New England Journal of Medicine (NEJM).

The three doctors cite several disturbing examples of how pharmaceutical companies have used the new business model to dramatically raise the prices on older, off-patent drugs. Many of those drugs, they point out, are considered essential by the World Health Organization (WHO) — in other words, the agency believes the drugs should “be available within the context of functioning health systems at all times in adequate amounts, in the appropriate dosage forms, with assured quality, and at a price the individual and the community can afford.”

One example is pyrimethamine (brand name: Daraprim), a decades-old first-line treatment for the parasitic infection toxoplasmosis, which mainly threatens people with weakened immune systems (such as those who have HIV/AIDS or who are undergoing chemotherapy) and pregnant women, who can pass the infection on to their unborn babies. After Turing Pharmaceuticals bought the marketing rights to pyrimethamine in 2015, the company immediately raised the drug’s cost by a staggering 5,433 percent.

After receiving a torrent of criticism, the company agreed to reduce the price, but the drug is still prohibitively expensive for many patients.

“Recently, at our hospital, an immigrant patient with a new diagnosis of HIV-AIDS and toxoplasmosis couldn’t receive first-line therapy because of cost: the price for 100 pills was $75,000,” Alpern, Song, and Stauffer write. “The patient is currently receiving second-line therapy.”

But, as the three physicians point out, what happened with pyrimethamine is not unique. Here are some of the other drugs they offer as examples:

“What makes this business model particularly disturbing is that vulnerable patients — such as immigrants, refugees, and people of low socioeconomic status — are often disproportionally affected, since many of the medications are for tropical or opportunistic infections,” write Alpern, Song and Stauffer. “These patients often have limited or no access to insurance, or have access only through public programs, so already stark health disparities are compounded.” 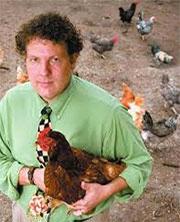 “Many of these drugs lack therapeutic alternatives, target conditions that contribute to high morbidity and even mortality, are produced by one or few manufacturers, and exist in a market that offers little incentive for new entrants,” they add.

And the situation is only likely to worsen. The three doctors have identified 17 other decades-old infection-fighting medications that are at risk of becoming exorbitantly expensive in the near future. Seven are used to treat tuberculosis, while the others are first-line therapies for leprosy, strongyloidiasis, malaria or Chagas disease.

“We speculate that these medications may experience dramatic price increases in the future, which would disproportionately affect vulnerable populations in the United States,” Alpern, Song and Stauffer warn.

The doctors suggest several steps that U.S. regulatory leaders and policymakers could take to address this troubling and growing problem. These include incentivizing generic drug companies to enter some of these niche drug markets, empowering Medicare to negotiate drug prices, and opening U.S. markets to imported drugs.

“Until U.S. regulatory leaders and policymakers consider creative proposals for addressing socially detrimental incentives in drug manufacturing and pricing, pharmaceutical companies will continue to grow wealthy at the expensive of taxpayers and vulnerable patients,” Alpern, Song and Stauffer write. “Meanwhile, providers are left prescribing medications that they know are unaffordable, relying on options other than first-line therapies, or assisting patients in acquiring medications through alternative, unregulated sources.”

FMI: You’ll find a link to the commentary on the NEJM website, but the full article is, unfortunately, behind a paywall.