Antidepressants given to children and teens are ineffective and potentially dangerous, according to a major new study published last week in The Lancet by an international team of researchers.

The only possible exception is the antidepressant fluoxetine (Prozac), which the study found was marginally better than a placebo at relieving symptoms of clinical depression among young people.

But, as an accompanying editorial in The Lancet points out, the case for Prozac is likely even weaker than the new analysis suggests. That’s because the researchers were unable to factor in the probable misrepresentation of data by the drug companies that conducted the original studies.

The study also found “robust evidence” to suggest the antidepressant venlafaxine (Effexor) was strongly associated with an increased risk in young people of suicidal thoughts and suicide attempts.

But, as the study’s authors make clear, that doesn’t mean other antidepressants are free of such risks. The researchers say they were unable to “comprehensively assess the risk” of harm for all the drugs “due to the absence of reliable data.”

In 2004, the Food and Drug Administration (FDA) issued a black box warning against the use of antidepressants in young people under age 24 because of concern about an increased risk of suicidal thoughts and actions.

The what and why

The new study — a meta-analysis — examined data from 34 previous studies involving 5,200 children and teens. Each of those studies compared one of 14 antidepressants to a placebo for an average of eight weeks. Some of the studies included patients as young as 6 years old.

Pharmaceutical companies funded almost two-thirds of the studies in the meta-analysis. Other research has shown that drug-company-funded studies are much more likely to report a drug is effective and much less likely to report harmful side effects than studies conducted by independent sources.

As background information in The Lancet’s meta-analysis points out, it’s estimated that about 3 percent of children aged 6 to 12 and about 6 percent of adolescents aged 13 to 18 have a major depressive disorder.

Psychological treatments are generally considered the first line of treatment for depression in children and adolescents. Yet, the rate at which young people are being treated with prescription medications for depression has increased over time — even after the FDA’s black box warning.

To get an independent perspective on this new meta-analysis, MinnPost turned to Glen Spielmans, a psychologist at Metropolitan State University who has researched the effectiveness of antidepressants in children and adolescents for almost two decades. His e-mail responses to questions about the study appear below, lightly edited.

MinnPost: What do you think of the new study?

The clinical trials are very clear on this — and the subterfuge in selectively publishing positive results and glossing over or covering up adverse events and poor efficacy is another important part of the study.

MP: Do you think Prozac has even the modest effectiveness suggested in this study?

GS:  The efficacy of Prozac is not particularly impressive. It has not been found to increase global mental health or quality of life among depressed youth. In studies submitted to the FDA for regulatory approval for depression in youth, Prozac did not outperform placebo on the primary outcome measure. 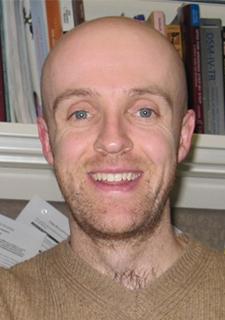 Prozac is claimed to be the best antidepressant for youth depression, but it can’t beat a placebo for global mental health or quality of life, is associated with substantial adverse events (including suicidality), and it failed to beat placebo on the primary outcome in the studies, which supposedly demonstrated its efficacy. That speaks poorly for antidepressants for kids.

MP: What are the implications of this study (and others, like yours) for parents? What should they be asking their child’s doctor? And what else can they be doing to help their child?

GS: The good news is that children/adolescents taking placebo tended to show pretty good improvement during these trials — with a much lower rate of problematic adverse events compared to kids taking [the antidepressants]. Finding some way to maximize the placebo effect in real life might be helpful. Things like a depressed child forming a good relationship with their physician and getting some sort of psychotherapy may be other ways of tapping into the placebo effect to make some positive changes.

MP: Do we have enough psychologists and other practitioners who can provide cognitive behavioral therapy [CBT] as first-line therapy for children and teens?

GS:  The supply of people trained in CBT for youth depression is less than the demand for such services. But I’m not sold on CBT as the most effective treatment for youth depression. Interpersonal therapy works as well as CBT. Other non-CBT therapies may also be effective.

MP: Anything else from this study (or the media coverage of it) that you think would be helpful for the public to know about?

GS:  It’s nice that this study has gotten media coverage. I see the findings as confirming prior work, which has found unimpressive efficacy for antidepressants for depressed youth.

I wish there was more media coverage of the recent paper that found that the data surrounding Celexa [citalopram] for youth depression were presented inaccurately — claiming efficacy where it did not exist. This is troubling and similar to problems with how research surrounding Paxil [paroxetine] was presented in a highly misleading manner.

I am not sure how much faith parents, depressed children/adolescents or prescribers can have in the integrity of published studies on antidepressants for kids. The manufacturers of several of these drugs hid evidence of suicidality and poor efficacy for years.

More evidence against antidepressant use in children and teens