The new recommendations state that several tests are useful in detecting this common type of cancer, but no one test is suggested as being better than the others.

“There are multiple screening options for colorectal cancer that reduce the risk of dying from the disease. We encourage people to choose the best option for them, in consultation with their clinician,” said Dr. Douglas Owens, who served on the task force, in a released statement.

That’s good news for everybody aged 50 to 75, the age group for which colorectal cancer screening is generally recommended. It means that they have safe and effective options other than colonoscopy, which a significant number of people decline to undergo because of the discomforts associated with it and because the procedure requires time off from work.

Colorectal cancer — cancer of the colon or rectum — is the second-leading cause of cancer-related deaths in the United States, claiming more than 51,000 lives each year, according to the Centers for Disease Control and Prevention (CDC).

But those numbers could — and should — be much lower. For if colorectal cancer is caught early, treatment can often result in a cure. Screening can also help find precancerous growths known as polyps, which can then be removed before they turn into cancer.

To help inform the USPSTF’s new colorectal-cancer-screening recommendations (the previous ones were issued in 2008), a team of researchers conducted a simulation-modeling study to compare the benefits, burdens and harms of various screening methods. The study determined that four screening methods had comparable balances of these factors:

One of the co-authors of the study was Karen Kuntz, a professor of health policy and management at the University of Minnesota’s School of Public Health. In a phone interview with MinnPost, Kuntz discussed the study’s findings. The following is an edited transcript of that interview.

MinnPost: What’s the most important take-home message from your study and the USPSTF’s updated recommendations regarding colon cancer screening?

Karen Kuntz: I think the key message is that screening is very effective. There are a lot of different options out there. So, once people turn 50, they should start undergoing some type of colon cancer screening.

It’s also one of the few cancer [screenings] that can actually prevent cancer by identifying and removing precancerous conditions called adenomatous polyps.

MP: In your study, you found that four screening tests are essentially equally effective in reducing the risk of colorectal cancer. I think many people will be surprised to learn that, given how much emphasis has been put on colonoscopy over the past decade. 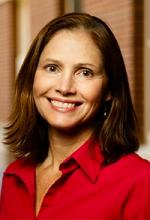 KK:  Yes, that’s an important message. Colonoscopy is not the only option out there. Our modeling showed, for example, that doing a FIT every year would be on par with doing a colonoscopy every 10 years. Now granted, if you have a positive FIT, you need to then undergo the colonoscopy. That is part of the effectiveness of the FIT. You need that follow-up test. Whereas if you had the colonoscopy in the first place, it’s both a screening test and a therapeutic test because if you identify an abnormal polyp, you can remove it right then and there.

MP: Research has shown the FIT result can be trusted.

KK:  The sensitivity is not as good as a colonoscopy, but that’s why it’s good to do it every year.

MP: Not many people have a sigmoidoscopy anymore, but your study found it effective, if used along with the annual FIT.

KK:  Sigmoidoscopy in this country has really fallen out of favor. In Europe, it’s used a lot more. But sigmoidoscopy [like colonoscopy] is not an insignificant test to undergo. If you just went and got a stool test, as long as it’s negative, you’re good.

MP: Many people don’t like the idea of a colonoscopy, so they end up not doing anything.

KK:  The stool test has its own ickiness factor, but it demands a pretty low effort from the patient.

MP:  For the first time, the task force is giving the thumbs up to CTC. What is that procedure, and how does it differ from a colonoscopy?

KK: A CTC is a radiological test. It’s also referred to as a virtual colonoscopy because they can do a 3D rendering of the colon. It’s been shown to have very good sensitivity and specificity, but a patient still has to undergo a prep. And if something is found, you can’t remove it at the time of the test. You have to do a follow-up colonoscopy.

MP: And the benefits of that over a colonoscopy?

KK: Some people just like not having something inserted. [A virtual colonoscopy] gives you some air insufflation, but nothing equivalent [to a colonoscopy].

MP: The task force is suggesting, for the first time, that some people aged 76 to 85 may benefit from colorectal screening. Your study found some tentative evidence that people as young as age 45 may also benefit.

KK: We did go down to 45 and found that starting earlier, maybe even with longer intervals, could be preferred. But it’s just a model. There isn’t any really good data pointing to an earlier start time. Perhaps future [clinical] trials will start looking at the early start-age question.

MP: And what about people over the age of 75?

KK: Our modeling work has generally found that screening [is beneficial] for people over the age of 75 who did not have the guidelines-recommended screening [at an earlier age]. Maybe they had no screening or inadequate screening before the age of 75. Also, the [previous USPSTF] recommendation that screening stop at age 75 was based on average life expectancy. So, for someone who has a longer than average life expectancy based on their co-morbidities — they are healthier than average — then our findings sort of point to screening as beneficial.

MP: So, again, the overall message from your study and the new recommendations is that this is a cancer that we can really do something about.

KK: Yes. I would note, too, that, although it wasn’t part of this study, there are lifestyle factors that have been associated with colon cancer, so there are other things we can do as well [to reduce our risk]: eat more fruits and vegetables, eat less red meat, keep your weight down.

But people should be aware that any kind of screening is better than no screening.

FMI: The USPSTF’s recommendations and the simulation-modeling study were published in the Journal of the American Medical Society (JAMA). They can be read there or on the USPSTF’s website.