Pregnancies and births among Minnesota’s teens reached a historic low in 2014, and the overall gonorrhea rate among the state’s youth is continuing to decline, according to a new report from the University of Minnesota.

But, as the report also makes clear, disparities in pregnancies, births and sexually transmitted infections (STIs) persist among Minnesota’s teens.

And all the rates remain far too high.

“We’re really happy that teenagers are making good choices and healthy decisions, but there’s still a lot more work to do,” said Jill Farris, director of adolescent sexual health training and education at the U’s Healthy Youth Development–Prevention Research Center, in a phone interview with MinnPost.

Here are some other key findings from the report:

“We have to make sure we have [health-care] facilities in place in rural Minnesota that are accessible and comfortable for young people,” said Farris.

Confidentiality, which can appear more elusive in smaller communities, is particularly important to adolescents seeking sexual-health services, she stressed. 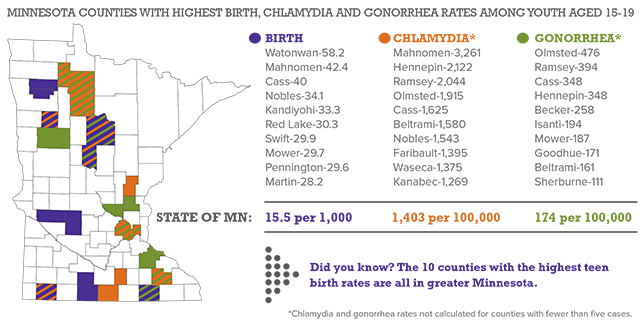 “Young people need confidential services in order to access them,” she said. “That’s one of the most important things. If it’s not confidential, they will not seek those services, and they will continue to have sex.”

To eliminate these racial and ethnic disparities, the state needs to address disparities in the social determinants of health, such as poverty, racism and unequal access to health care and education, said Farris.

The state also needs to ensure that health-care facilities are “culturally competent” — able to meet the social, cultural and language needs of everyone, she added.

One reason for the higher pregnancy rates in these populations is that “a lot of young people this age are questioning and trying to figure out their identity,” said Farris. “They may not understand their risk for pregnancy because they may not have gotten the same message as their straight counterparts.”

Sex education aimed at teens tends to focus on heterosexual health, she explained. 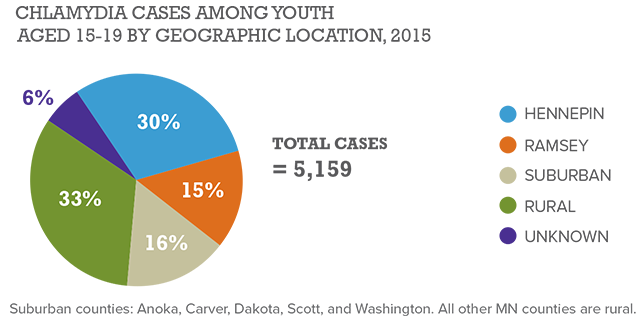 “We need to broaden the messages we give about pregnancy,” Farris added. “We need to be saying, ‘You’re at risk for pregnancy if you’re having the kind of sex that can lead to pregnancy. It doesn’t matter what your orientation is. It matters what body parts are involved in the equation.’”

Youth STI rates are disproportionately high among populations of color. The gonorrhea rate, for example, is 33 times higher for black youth and 11 times higher for American-Indian youth when compared with white youth. 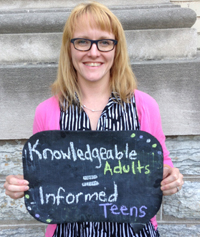 Reducing these STI disparities will require addressing the same social determinants of health, such as poverty, education and access to health care, that affect pregnancy rates among Minnesota’s youth, said Farris.

Better access to sexual-health services is particularly important, she stressed.

“Teenagers 15 to 19 years old are only about 7 percent of the [state] population, but they are they are a quarter of the chlamydia cases and 16 percent of the gonorrhea cases,” Farris pointed out.

“Part of that is access to health care, access to being able to go get tested and treated for an STI,” she added. “But also, are those services friendly? Are they confidential? Are they affordable? Those things all play into whether a teenager is going to get tested for an STI.”

FMI: You can read the “2016 Minnesota Adolescent Sexual Health Report” in full on the Healthy Youth Development–Prevention Research Center’s website. You will also find detailed county-by-county reports at the site.