Going gluten-free is the dietary fad du jour. Almost one-third of adults in the United States tell pollsters that they are actively trying to avoid eating products with gluten — a protein found in wheat and related grains, such as rye, barley and spelt.

And two-thirds of Americans have bought into the idea that doing so improves mental and physical health, according to surveys.

But what is the science behind this astonishingly popular trend? Is gluten causing all the medical problems that people are claiming? And does giving it up improve most people’s health?

No, is the emphatic answer from the authors of a new book, “Gluten Exposed: The Science Behind the Hype and How to Navigate to a Healthy, Symptom-Free Life.”

“Yet most of these claims do not hold up,” they add.

Furthermore, going on a gluten-free diet is not an innocuous action. It can actually do your health more harm than good, as Green and Jones describe in detail in their book.

A gluten-free diet tends to be, for example, low in fiber, iron and B vitamins and high in sugar and fat. It is also associated with elevated levels of heavy metals in the body, and it puts some individuals at risk for increased sensitivity to gluten. In addition, the diet is potentially bad for the diverse bacteria — the microbiota — that live in the gut and that play an important role not only in digesting food but in strengthening the immune system.

MinnPost: How we get to this point, where so many people think a gluten-free diet is healthy?

Peter Green: Diets are trendy, and it’s apparent that the gluten-free diet is [currently] the most trendy. It’s a little unclear what that’s due to. There are a couple of books that have blamed everything on wheat. The diet also been picked up a lot by celebrities, including sports figures, who claim increased energy — although, in fact, a gluten-free diet doesn’t increase energy output.

But the thing about the gluten-free diet is that it does have a medical legitimacy for some people.

MP: So that makes it seem legitimate to people who don’t need to be on it for medical reasons.

MP: Who does need to be on a gluten-free diet?

PG:  It’s absolutely essential for people with celiac disease. It saves their lives. It reduces their increased [risk of] mortality.

MP: And for other people …?

PG: It’s trendy. It’s just been extrapolated to, “Change your diet. It might be good for you.” And there are celebrities who are doing it. One of the Kardashian women [Kourtney] is now saying she has a child on a gluten-free diet, and he hates it. It’s one of these why-would-you-do-that-to-a-child kind of thing. 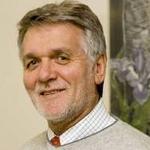 Celiac disease has many diverse manifestations, such as brain fog, fatigue, gastrointestinal symptoms and neurological symptoms. So, I understand how people with those kinds of symptoms might say they have a wheat allergy, or wheat sensitivity. Changing one’s diet [then becomes] almost like a quick fix: “I can just change what I eat, and then I’ll feel better.”

MP:  You detail in your book the many hidden health hazards of going on a gluten-free diet for people who don’t have celiac disease. What are the most significant of those dangers?

PG:  One of the dangers is that the gluten-free diet is low in fiber. Also, wheat flour is fortified, and rice flour is not. The fortification process was started to prevent birth defects. People who are on a gluten-free diet can become vitamin deficient and iron deficient.

And then, [food manufacturers] often add more sugar and fat to gluten-free products for taste. If you buy a lot of these products, there’s a potential to gain weight and for your cholesterol to go up. One of the other dangers is that there may be [more consumption of] heavy metals, because of all the rice that’s being consumed. [Elevated levels of arsenic have been found in rice, a situation that is particularly problematic for children. The American Academy of Pediatrics recommends that parents limit their children’s exposure to rice by offering them a wide variety of foods.]

So, without any proven benefits there can be deleterious effects for being on this diet.

MP: These issues are particularly worrisome for children, correct?

MP:  You describe in the book how that excessive narrowing of the diet can lead to vitamin depletion, anemia and malnutrition. There’s a term for it.

MP: Certain drugs, supplements and foods can cause problems that mistakenly people blame on gluten. Which ones are most problematic?

PG:  A whole bunch of “gluten-sensitive” individuals might be sensitive to other food products, such as those in the FODMAP classes. [FODMAPs are a group of carbohydrates found in high-fructose corn syrup and certain foods, such as legumes, beans, garlic, onions and some fruits, that do not digest easily, and thus can ferment in the intestines and produce a great deal of gas and other gastrointestinal discomfort.]

MP: So, the danger there is that people are misdiagnosing their problem and then prescribing themselves the wrong “treatment.”

PG:  They’re limiting their diet, which is not all that healthy. Also, self-diagnosing and self-manipulating your diet may be masking another diagnosis — especially celiac disease.

MP:  You need medical treatment when you have celiac disease. You just can’t self-treat by changing your diet. 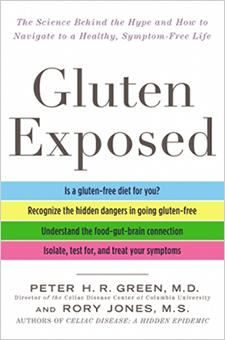 MP: What are the legitimate tests for celiac disease?

PG:  There are blood tests that look for specific antibodies. Celiac disease is an autoimmune condition, so you get auto-antibodies, such as tissue transglutaminase antibody [tTG]. If that’s positive, you get referred to an endoscopy, because the blood tests can be skewed somewhat. You can have a fairly high false-positive rate. A biopsy [of the small intestine], done with an upper endoscopy, can clinch the diagnosis.

MP: You call the microbiome “the new frontier in GI health.” But you also warn that we really don’t know much about it yet, and therefore people should be wary of any products or diets — such as probiotics — that claim to improve it. Why that need for wariness?

PG:  The microbiome is a very trendy area. When I was in medical school, it was called “normal flora.” You had normal bugs on your skin, in your mouth, in your bowels, especially in your colon. Normal flora has now become the microbiome. It appears that it’s important that these normal bugs train our immune systems to recognize foreign proteins. A lot of the increase in autoimmune diseases you can trace back to, say, increased antibiotic use. One study suggests that obesity is due to antibiotics given in childhood.

People, especially people on restricted diets, are very careful about the food they put in their mouth, but they put these supplements in their mouth that they seem to trust.

MP: In your book, you include a fascinating list of all the various fad diets that have been popular throughout history, from Pliny the Elder’s “wine diet” to the “chew and spit diet” of the late 1800s to the “cabbage soup diet” of the 1950s and, of course, all the many diet fads since then.  Are people ever going to get the message that fad diets are not necessarily healthy and may actually be harmful?

PG:  Diets are trendy, and people want to be healthy, and it seems like a quick fix to just change what you eat. That’s not necessarily so. And the more extravagant the claims, the more widespread the misinformation. People watch Oprah. They watch Dr. Oz. They watch “The View.” They don’t go to the science magazines.

Science is incremental. Gradual advances are made. Sometimes there are major steps [forward], but there are also many false steps in medicine. What was good before isn’t good now, a little bit is better than a lot — all that type of thing. But people want quick fixes, and there are very few quick fixes.