Only last month, I mentioned in this column how whole body cryotherapy was the oddest health fad I’d heard about in quite some time.

Then along came the Olympics — and “cupping.”

Somehow I’d missed all those cringe-making photos on social media and elsewhere of athletes and celebrities (like Justin Bieber) with large round bruises on their backs, chests and legs.

But it was hard to miss the purplish marks on the shoulders of U.S. swimmer Michael Phelps when he won his 19th gold medal at the Rio Olympics last Sunday night. (He’s won two more since then.) Or the somewhat breathless media headlines that quickly followed, such as “Athletes Go for Gold With Red Spots Blazing” and “Team USA Is Cupping for Gold.”

Phelps — and other Olympiads — may think that cupping is helping them stay in shape for their highly competitive and physically grueling events.

But what should the rest of us think? Does cupping work? And is it safe?

According to a 2012 review article published in the journal PLOS One, cupping is a traditional Chinese treatment that dates back at least 2,000 years.

The “cups,” which can be made of bamboo, pottery, glass or, more recently, silicone, are placed on selected “acupoints” on the skin. Using heat or an air pump, a vacuum is created between the skin and the cup, which lifts up the skin slightly from the underlying muscles.

The suction also causes the tiny capillaries under the skin to rupture, thus creating those round bruises.

In one form of cupping — known as “wet” — the skin is injured before the cup is positioned on the skin. The suction then pulls a small amount of blood out of the capillaries — a sign, say practitioners, of “life forces” being restored.

Indeed, in traditional Chinese medicine, cupping (like its close relative, acupuncture) is believed to influence the flow of energy, or “qi,” throughout the body.

Modern American practitioners tend to promote the practice as a way of healing sore, overused muscles. But as with so many alternative health fads, cupping is also touted as a panacea for a host of other symptoms and ailments: anemia, arthritis, fibromyalgia, migraines, fertility disorders, herpes, fatigue, eczema, acne, high blood pressure, anxiety, depression, asthma, respiratory illnesses (like the flu and the common cold), irritable bowl syndrome, food allergies, varicose veins and cellulite.

And that’s only a partial list.  As I’ve noted here many times before, any time you see a long list of health claims associated with some kind of “treatment,” take it as a warning sign. A huge, red one.

In defense of cupping, practitioners like to point to a few recent studies, which they claim support its effectiveness. The authors of a 2013 study involving 40 people with knee osteoarthritis found, for example, that dry cupping was more effective at relieving pain than no treatment. And a 2012 study involving 61 people with chronic neck pain, researchers reported that cupping eased symptoms — although not much more than a technique known as progressive muscle relaxation. 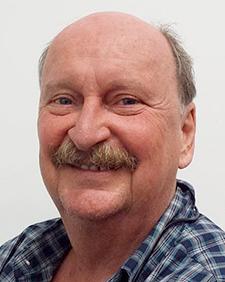 None of these studies, however, impresses Dr. Edzard Ernst, former head of the complementary medicine department at the University of Exeter in the United Kingdom. Ernst believes in an evidence-based approach to all forms of medicine, including “alternative” medical treatments. (This approach has gotten him into significant trouble with others in the alternative-medicine field.)

He does not find the cupping evidence convincing. Far from it.

“Recently there have been several studies into cupping, all of which suggest that it works, particularly for musculoskeletal pain,” Ernst wrote in an e-mail exchange on Tuesday with MinnPost. “Unfortunately, these trials are of such poor quality that we cannot rely on their findings.”

Why, then, do Phelps and other Olympians believe the practice is helping them?

Ernst explained: “Cupping may well help them via a placebo effect, and it has the added advantage that it is drug-free and thus cannot cause problems for doping tests.”

“Athletes are totally focused on their bodies, and they are therefore ideal placebo responders,” he added.

Ernst also warns that cupping is not risk-free.

“Firstly, it is a risk to your cash flow. The therapists don’t do it for free,” he quipped.

Cupping also carries a risk of burns, and, in the case of the “wet” procedure, infection (as a particularly gruesome photo on Ernst’s website illustrates).

But the procedure raises a much more troubling concern, as Ernst also explained: “It represents a risk if it is used for serious condition as an alternative to truly effective therapies.”

That risk is apparently significant enough that it compelled the American Cancer Society to issue the following statement on Monday from Dr. Ted Gansler, the society’s strategic director of pathology research: “There is absolutely no credible evidence that cupping can cure cancer or shrink tumors. However, serious side effects from cupping are unlikely. The most likely harm for people with cancer is that they might choose cupping instead of science-based treatments that are proven to help them live longer and relieve symptoms.”

So, what would Ernst say to someone who wanted his advice about receiving cupping treatments?

“Whatever condition you want to treat with cupping, I am sure I can find a much more effective therapy for it,” he answered.

One without all the mumbo-jumbo.

FMI: Ernst has written about cupping on his website, including in an article he posted on Tuesday. Dr. David Gorski, an assistant professor of surgery and oncology at Wayne State University School of Medicine who writes frequently on medical quackery under the pseudonym Orac, has posted an article on the topic this week as well.