For almost 25 years, pediatricians and other health officials have been warning parents about the dangers of unsafe sleep environments for their infants. Parents are told to avoid putting their babies to sleep on their stomach or side and to make sure the child’s sleep surface is hard and free of loose bedding.

Taking those steps, say the experts, reduces the risk of sudden infant death syndrome (SIDS), as well as accidental suffocation and strangulation.

Yet, many parents are apparently ignoring such advice, as a study published this week in the journal Pediatrics reports.

The study found that even when parents had been educated about safe sleep environments for babies and even when they knew they were being video-recorded, they often put their babies to sleep in unsafe ways.

That’s a troubling finding. Each year in the United States, more than 3,500 babies die suddenly and unexpectedly from no immediately obvious cause, according to the Centers for Disease Control and Prevention. In 2014, 44 percent of these cases were eventually attributed to SIDS and 25 percent to accidental suffocation and strangulation in bed. The causes of the other unexpected deaths remain unknown.

For the current study, researchers at Penn State University recruited the parents of 162 infants who had been born in two central-Pennsylvania hospitals. The parents consented to having video equipment set up in their homes on three separate nights when their infants were 1, 3 and 6 months old. Although all 162 homes were videoed at least once, only 142 were recorded at all of the study’s three time points.

The researchers used video for their study, as they believed it would provide much more objective evidence of the sleep environments of the babies than parent surveys, which are usually used for these kinds of studies. (Bias can creep into surveys because parents may be reluctant to admit on questionnaires that they are not caring for their babies in recommended ways.)

The parents in this study were older and more educated than most parents of newborns in the U.S. The mothers’ median age was 29, and the fathers’ was 32. Almost all of the parents (about 85 percent) were white, and most had attended at least some college. More than 80 percent of the mothers were married and living with their partner.

The videos revealed that almost all the parents placed their babies at some kind of risk. Across all three time-periods, 10 percent to 21 percent of the babies were placed on a non-recommended (soft) sleep surface, and 14 percent to 33 percent were placed in non-recommended positions (on the child’s stomach or side). 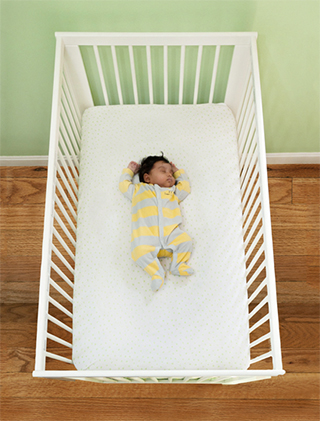 The most common risk taken by the parents, however, involved placing the baby on a surface containing potentially hazardous items, such as loose bedding, bumper pads, and stuffed animals. Some 87 percent to 93 percent of the babies in the study slept in such an environment.

In addition, 12 percent to 28 percent of the babies were moved to a different sleep location during the night — often to a parent’s bed. That second location was often a less safe environment.

For example, of the 28 percent of 1-month-olds who slept in a least two locations on the night they were videoed, 91 percent ended up on a non-approved sleep surface (such as an adult bed or sofa), and 36 percent were not placed on their backs after they were moved.

Parents often fail to realize that their beds are not safe for infants. “Adult beds frequently have parental bedding (eg, blankets, pillows),” write the study’s authors. “[I]n addition, many parents who sleep with their infant use bedding to build a barrier in the belief that the bedding will protect the infant from falling off the bed or from rollover accidents.”

The researchers also expressed concern that a majority of the cribs in the videos contained soft or loose bedding.

The high proportion of parents in the study who put their infants to bed in cribs with soft bedding and other potentially hazardous items also surprised Dr. Keith Cavanaugh, the medical director of the Children’s Minnesota Sleep Center.

“A high percentage of the parents were using safe surfaces, so we’re clearly doing well there,” said Cavanaugh, who was not involved with the study, in an interview with MinnPost. “But we have a lot of work to do when it comes to the loose items within the crib.” 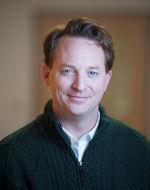 He noted that parents are often influenced to buy crib bumpers, lush blankets, stuffed animals and other soft items for their child’s crib when they see them displayed in a store or magazine.

“That creates a perception that this is OK, when it’s unsafe,” he said.

Although Cavanaugh expressed empathy for sleep-deprived parents who bring their crying or fussy baby into their own bed in hopes of getting the child back to sleep, he strongly recommends against it.

“They can room-share, but we prefer the baby sleeping on a firm surface, not on the bed with the parent,” he said.

“If you create an environment that places the child at risk, then bad things can happen,” he added. “It’s like letting your child swim without a life vest or ride in the car without a seatbelt. It doesn’t mean that something is going to happen, but you’ve created an environment in which something could happen.”

Children’s Minnesota recommends that all parents (as well as grandparents and other child caregivers) learn the following “ABCs” (Alone, on the Back, in a Crib) for putting babies to sleep:

FMI: You’ll find more information about safe sleeping practices for children on Children’s Minnesota’s website. You can read the Pediatrics study in full on that journal’s website. Pediatrics is the official publication of the American Academy of Pediatrics.

Many parents put their babies to sleep in unsafe environments, video study finds