Lack of access to stores that sell fresh produce and other healthy foods is associated with an increased risk of developing an early marker for heart disease, according to research published last week in the American Heart Association’s journal Circulation.

The study analyzed data collected from almost 6,000 U.S. adults enrolled in the Multi-Ethnic Study of Atherosclerosis (MESA) over a 12-year period. That data included changes during the course of the study of the buildup of calcium in plaque on the walls of the participants’ arteries of the heart (coronary arteries). Coronary artery calcium (CAC) scores are considered useful — but not definitive on their own — in determining whether someone will develop atherosclerosis, a major risk factor for heart attacks, aneurysms, chronic kidney disease and other potentially life-threatening conditions.

After crunching all the data, the study’s authors found that the neighborhood characteristic linked most strongly to CAC scores was proximity to a store that sold healthy food. People who lived closer to those stores tended to have lower CAC scores, even after adjusting for other factors, including marital status, income, working status, and physical activity.

“Our analysis identified that greater access to neighborhood health food resources may slow the development of coronary atherosclerosis in middle-aged and older adults,” the authors concluded.

“Our findings have important implications for the need for policy changes to support the increase in neighborhood healthy food stores,” they added.

Earlier this year, a study conducted by the Federal Reserve Bank of Minneapolis and Wilder Research reported that about 30 percent of Minnesotans — or 1.6 million residents — have “low retail access to healthy food.” Low access means living more than one mile away from a full-service grocery store in urban areas and more than 10 miles away in rural ones.

The American Heart Association has launched a major initiative — the Good Food Access Fund campaign — to address low access to healthy food here in Minnesota. The program received $250,000 in seed money from the Minnesota Legislature earlier this year to pilot community programs, starting this fall. The campaign will be returning to the Legislature in the 2017 session to ask for $10 million in annual funding.

Last week, MinnPost spoke with that program’s manager, Leah Gardner, about the program’s goals and the growing problem of the lack of healthy food stores in the Minnesota. An edited version of that conversation follows.

MinnPost: How does the new study in Circulation inform what was uncovered in the Wilder report about healthy food access here in Minnesota?

Leah Gardner:  I think they go hand in hand. We’ve long understood that social determinants of health are important when we’re trying to prevent a number of health issues, heart [disease] in particular. Access to food has been on the short list [of the social determinants] that we see as significant. The new data is helpful in verifying that. The Minnesota research by Wilder — that’s more of a road map for us of where the greatest food access challenges are around the state and how we can best address those.

MP: I was surprised that Minnesota is ranked 10th highest among the states in total share of residents with low access to health food. What’s the explanation for that?

LG:  I think it’s because we’re a large state, and so there are many communities where people have to drive to do most of their shopping. That’s certainly a part of it. Access to healthy food is more of a challenge in rural communities, including many parts of Minnesota, particularly northern and southwest Minnesota. It’s a different story, but an important one as well, in the Metro, where we have at the neighborhood level communities that don’t have [full-service grocery stores] within walking distance or a reasonable transit system.

Where there’s an income barrier, I think we can also, in many cases, acknowledge that there’s going to be a transportation challenge. Even in rural parts of the state, people don’t always have reliable transportation. Also, there’s often a higher senior population in some of the most highly affected communities in rural Minnesota.

MP: Why is the type of store important? 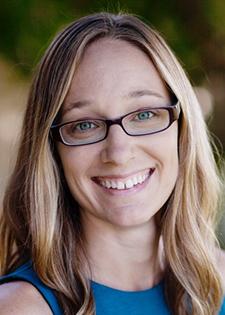 LG: I don’t know that any one type of store is the answer. I don’t think a grocery store is the silver bullet. What makes the most sense is going to vary by each community’s challenges and assets. In many cases, though, if people are relying on convenience stores there is a very limited selection of healthy foods, and what is available is much more likely to not be affordable. In urban communities and in rural communities, often all that’s really available are convenience stores. You might be able to find something healthy to eat as a snack here and there, but to really build a family meal menu off of that is difficult to do in a healthy and affordable manner.

Access to full-service retail stores is the best way to afford and find healthy foods, although the Good Food Access Fund does support a variety of solutions. It could be a grocery store. It could be expanding the selection at a corner store or a convenience store. We’re also hoping to support some other enterprises: mobile markets, farmers markets, community-supported agriculture. We’re looking for community-driven solutions, not a one-size-fits-all approach.

MP: A recent national study found that most people buy their junk food in grocery stores. So just giving people access to healthy foods isn’t going to be, on its own, the solution to getting people healthier, right?

LG:  We recognize that it’s a complex issue. There are no simple solutions. The ideal scenario is to couple solutions on access with other things that help people get the information they need to make healthy choices. What’s great in Minnesota is that we not only have the Good Food Access Fund making strides to bring new access points to bear, but we also have a lot of educational efforts going on throughout the state to help people increase their awareness and build community around eating healthy. In many cases, those efforts are about stronger connections to the food, including more local food and more culturally specific food.

MP: Are you confident that you’ll receive the $10 million in annual funding from the Legislature next year?

LG: What it’s going to come down to is the state of our budget next year. We are actually pleasantly surprised with the bipartisan way lawmakers have embraced this issue.  Many legislators, of course, represent districts that are significantly impacted by food-access challenges, so we have gotten a tremendous amount of support very quickly from legislators, Democrat and Republican alike, urban and rural. This is an issue I think we can make a lot of progress on. I think it will just come down to a question of resources. It’s no small task to properly invest in solutions.

FMI: The study in Circulation is, unfortunately, behind a paywall. The study by Wilder Research and the Federal Research Bank of Minneapolis can be downloaded and read on the Wilder Foundation website.

Research underscores need to improve access to healthy food, including here in Minnesota