The overall rate of premature births in the United States has fallen significantly in recent years, according to a new study in the Journal of the American Medical Association (JAMA).

The drop was associated, the study found, with a concurrent decrease in the rate of physician-initiated obstetric interventions — specifically, induced labor and Caesarean deliveries.

These findings suggest that efforts to get U.S. obstetricians to reduce medically unnecessary early births are working.

“This is great. I was so excited to see this,” said Katy Kozhimannil, an associate professor at the University of Minnesota’s School of Public Health who was not involved with the JAMA study, but whose own research has focused on the impact of health policy on reproductive-aged women and their families. “It really shows how our system can change, and how obstetricians are responsive to new information.”

Still, aggressive efforts to reduce premature births in the U.S. will need to continue. For although fewer American women are having their babies prematurely, the U.S. rate for such births remains much higher than that for other developed countries, as this new study’s findings also demonstrate.

Nor is it clear that all populations of women in the U.S. are experiencing the positive trend observed in the current study.

“The average can keep going down and get better and better for the groups that have the best access to health-care delivery systems,” said Kozhimannil. “But things may remain unchanged for those most vulnerable. So it’s important to look at the trend and make sure it isn’t being driven only by changes among white, middle-class, privately insured urban people, for example.”

As I’ve noted here before, premature births — described in this study as occurring before 38 weeks of pregnancy — are a serious public health issue. Babies who are born prematurely are at greater risk of developing a wide range of medical problems than are full-term babies (born at 39 to 40 weeks). Those problems include lung damage, brain hemorrhages, infections, vision loss and cerebral palsy.

For the JAMA study, an international team of researchers compared late preterm (delivery at 34 to 36 weeks) and early term (delivery at 37 to 38 weeks) birthrates from 2006 to the latest year available in six high-income countries: the U.S., Canada, Norway, Sweden, Denmark and Finland. More than 30 million births were included in the analysis. All the births involved the delivery of a single baby. 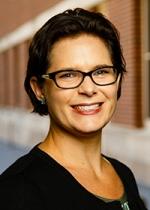 Norway’s late preterm birth rate, for example, fell from 3.9 percent to 3.5 percent — an end rate that is almost 40 percent lower than the U.S. one.

The JAMA researchers also analyzed trends for physician-initiated obstetric interventions. They found that such interventions among early-term births (deliveries in weeks 37 and 38 of pregnancy) dropped 30 percent in the U.S., from 33 percent in 2006 to 21.1 percent in 2014.

The rate of early-term births in the U.S. without physician-initiated obstetric interventions, on the other hand, fell only 8 percent, from 29.7 percent in 2006 to 27.1 percent in 2014.

Those findings suggest an association between the falling premature birth rates in the U.S. and decreasing physician-initiated interventions.

“Doctors and the health-care system can be responsive to evidence to provide really good care, and this is proof that they are responsive,” said Kozhimannil. And that should embolden patients to continue to ask for evidence-based care and to push for evidence-based practices from their clinicians and hospitals.”

FMI: You’ll find an abstract of the study on JAMA’s website, but, unfortunately, the full study is behind a paywall.

U.S. premature birthrate falls, along with labor inductions and C-sections