On this day — Jan. 23 — in 1849, Elizabeth Blackwell became the first woman in the United States (indeed, in the English-speaking world) to receive a medical degree.

I wonder how she would have reacted to the news announced last November that enrollment in U.S. medical schools in 2016 was essentially evenly divided between women (49.8 percent) and men (50.2 percent).

Blackwell herself applied to 29 medical schools before she was finally accepted at the Geneva Medical College (currently known as Hobart and William Smith Colleges) in western New York. As noted in a 2010 medical-journal article honoring Blackwell on the centenary of her death, “the story goes that the college faculty put her proposed application to the student body who, believing it to be a hoax, voted for acceptance.”

Some hoax. Despite steep obstacles (such as not being permitted at first to attend medical demonstrations in the classroom, as they were deemed unsuitable for a woman), Blackwell outperformed all her male counterparts, graduating two years later at the top of her class. Even with that accomplishment, however, she couldn’t get a medical appointment in the United States. So she sailed to Europe, where she practiced in clinics in Paris and London. She had hoped to become a surgeon, but abandoned that dream when an infection contracted from a baby she was treating left her blind in one eye.

Blackwell returned to New York City in 1851, where she was again refused appointments in established hospitals and clinics. Undeterred, she opened her own private practice in obstetrics and gynecology — a practice that eventually became the New York Infirmary for Indigent Women and Children, a full-scale hospital. Not only did this facility provide much-needed care to poor and often immigrant families, it also served as medical training center for women who wanted to become doctors or nurses.

The hospital is still in existence, although it is now called the New York Presbyterian/Lower Manhattan Hospital.

I’m a baby boomer, so I’m old enough to remember when most medical schools strictly limited how many women they would admit. Indeed, before 1972, only about 10 percent of medical students in the U.S. were women. (To understand how difficult it was to join that 10 percent, read an account by Dr. Elizabeth Sabler, who applied to 26 schools in the early 1970s before she was finally accepted into one. During an interview with a school that rejected her, she was told that it was “simply impossible” to be both a mother and a physician.) 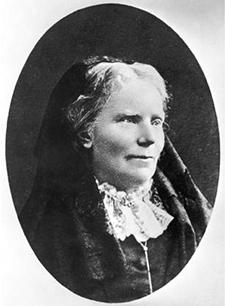 What changed in 1972? The passage of Title IX of the Higher Education Act, which prevented federal funded educational institutions from discriminating based on gender.

One of the principal authors of Title IX was Rep. Patsy Mink, D-Hawaii, whose own story offers yet another example of the considerable barriers faced by generations of American women who wanted to be doctors.  A Hawaiian woman of Japanese descent, Mink applied to 20 medical schools in the early 1940s. Despite an excellent academic record, she was rejected by all of them. Mink then decided to switch to law. Many law schools at that time also limited the number of women they enrolled (or banned them altogether), but Mink applied to the University of Chicago Law School, which had been accepting women since its inception in 1902. After receiving her degree, Mink returned to Hawaii, where she practiced law before being elected to the House of Representatives in 1965.

‘Too nice for medicine’

For quite a few years after Title IX became law, women in medical school continued to face blatant gender-related prejudice and obstacles. Dr. Molly Carnes, co-director of the University of Wisconsin’s Women in Science & Engineering Leadership Institute, described some of her experiences with these barriers in a 2012 article she wrote for the Journal of the American Medical Association (JAMA) to mark the 40th anniversary of Title IX’s passage:

When I entered medical school two years after Title IX, women medical students in more than token numbers were a new phenomenon, and the change was not welcomed by all. I was asked point-blank during my medical school interview, “How do you think you are going to be a doctor if you have children?” — as if somehow the act of reproduction altered one’s cognitive capacity or motor skills or wiped clean all knowledge gained from hours of studying physics, calculus, and organic chemistry. I am fairly certain that no applicants are asked such questions today.

When I was a third-year medical student, my surgery clerkship director told me on my first day, “It won’t affect your grade, but I want you to know that I don’t think women should be doctors.” If he were alive today, he would perhaps be interested in the results of studies that find essentially no difference in the competence of male and female physicians, including surgeons, and that women now comprise 35% of residents in surgery.

I was once told by the head of research that “Women just don’t have what it takes to be researchers” — not a very evidence-based statement, but neither the term nor the constructs of evidence-based practice existed yet. I’m glad I didn’t listen to him because I enjoy every aspect of research and have had continuous grant funding to support my work for almost 3 decades.

Finally, I remember my small-group discussion leader in psychiatry telling me that I was “too nice to go into academic medicine.” That really struck me as odd — don’t we want nice people in academic medicine? I’d like to contact him today and let him know that it is possible to be nice and succeed in academic medicine — at least if you live in the Midwest.

Yet, as Carnes notes in her article, although the explicit prejudice against women in medicine that was prevalent 40 years ago is gone, “full gender equity in medicine remains unfulfilled.” For example, newly trained women physicians are paid an average of $17,000 less than their male counterparts, she points out, and women are greatly underrepresented among full professors and department chairs in academic medicine.

“The pervasiveness of implicit, stereotype-based bias and the way it infiltrates our decision-making processes even when we disavow prejudice may constitute the biggest impediment to realizing the full potential of Title IX,” writes Carnes. “I hope that it will not take another 40 years for the leaders of academic medicine to look like the patients we serve and increasingly like the students we teach and that someday 50% of our professors and department chairs will be women and at least 30% of these institutional leaders will be from ethnic and racial groups currently woefully underrepresented in academic medicine.”

Let’s all hope so. After all, it’s been 168 years since Elizabeth Blackwell achieved her dream of receiving a medical degree — and 75 since Patsy Mink had to give up her dream of doing the same.

Fixing gender bias in all corners of medicine is an idea that’s long past due.

FMI: You’ll find Carnes’ JAMA essay marking the 40th anniversary of the passage of Title IX on the journal’s website. The 2015 Medscape report on “Women as Physician Leaders” can be found on that organization’s website.