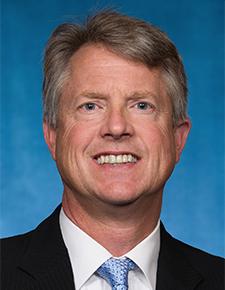 “Just like Jesus said, ‘The poor will always be with us,’” Marshall, a doctor (obstetrician) and first-term congressman, told STAT reporter Lev Facher in an interview last week. “There is a group of people that just don’t want health care and aren’t going to take care of themselves.”

For that reason, Marshall said, he’s against expanding Medicaid under the Affordable Care Act (ACA).

“The Medicaid population, which is [on] a free credit card, as a group, do probably the least preventive medicine and taking care of themselves and eating healthy and exercising. And I’m not judging, I’m just saying socially that’s where they are,” Marshall told Facher. “So there’s a group of people that even with unlimited access to health care are only going to use the emergency room when their arm is chopped off or when their pneumonia is so bad they get brought [into] the ER.”

It’s an astounding statement, if not for a politician, then certainly for a physician. The statement is also full of wildly inaccurate assumptions. For, as writer Aaron Rupar points out in Think Progress, all Marshall has to do is look at the research (if he doesn’t want to actually talk with his constituents) to see how wrong he is — both about low-income people’s desire to improve their health and about the effects of Medicaid expansion.

Several studies, including one published by Harvard University researchers last summer, have found that low-income adults in states where Medicaid was expanded under the ACA (such as Kentucky and Arkansas) receive more primary and preventive care, make fewer visits to emergency departments and report higher quality care and improved health compared to low-income adults in states where Medicaid was not expanded (such as Texas).

So much for poor people not wanting access to health care.

But when I read Marshall’s statements — particularly his comment that Medicaid patients “do probably the least preventive medicine … even with unlimited access to health care” — I thought of another recent study. It identified a major reason why many low-income people do not take advantage of preventive-medicine services, even when those services are offered free of charge.

That reason?  A lack of paid sick leave.

Conducted by a team of researchers from Florida Atlantic University and Cleveland State University and published in the journal Preventive Medicine, the study found that workers without paid sick leave were significantly less likely to have received six of eight preventive health screenings during the previous year than workers who did have paid sick leave — even when the workers knew they had a medical condition, such as diabetes or heart disease, that needed to be followed closely.

The screenings — a flu shot, a cholesterol check, a blood pressure check, a fasting blood sugar check, a Pap test, a test for colon cancer, a test for breast cancer (mammogram) and an annual “wellness” visit with a doctor — had all been made free of charge to patients under the ACA.

The study was based on data collected from 13,545 adults, aged 18 to 64, who took part in the 2015 National Health Interview Survey. All were currently employed at the same job for at least one year at the time they took the survey. About 37 percent of the survey’s participants did not have paid sick leave benefits.

Specifically, the study found that during the 12 months before they were surveyed the workers without paid sick leave were:

Not having paid sick leave did not appear to be a significant factor in getting screened for colon cancer or for breast cancer — a finding that contradicts previous research. But, as the current study’s authors point out, their research may not have found such a link because people were asked only about screening they’d had within the previous year. Screening mammograms and colonoscopies (a widely prescribed type of colon-cancer screening) are done at multi-year intervals.

A high personal and societal cost

This study is the first to investigate the factors that are contributing to the low rates of preventive healthcare use in the United States since the implementation of the ACA, say its authors.

“Our findings demonstrate that even when insured adults are provided with free preventive screenings, paid sick leave is a significant factor associated with actually using the screenings,” said LeAnne Derigne, the study’s lead author and an associate professor of social work at Florida Atlantic University, in a released statement. “American workers risk foregoing preventive health care, which could lead to the need for medical care at later stages of disease progression and at higher cost for workers and the American health care system as a whole.”

The study’s findings also add “to a growing body of work that indicates the importance of paid sick leave in the lives of American workers,” write Derigne and her colleagues in their paper. “Past research has shown that workers without paid sick leave are more likely to delay and forego needed health care for both themselves and their family members and are less likely to have seen a medical professional in the last 12 months.”

“Paid sick leave is more than simply a workplace benefit — it should properly be thought of as a public health policy,” they add.

Only 75 percent of full-time workers and 30 percent of part-time workers in the U.S. have paid sick-leave benefits, according to the Department of Labor. And whether or not you have such benefits depends greatly on your income: 84 percent of people in the top quartile of earners have such benefits compared to just 39 percent in the bottom quarter. Those are shameful statistics. Indeed, the United States is the only developed country that does not mandate employers to provide paid sick leave or include it as part of a universal health insurance plan.

Marshall and others who believe that poor people don’t want health care should stop trying to retract Medicaid expansion and work instead toward providing all U.S. workers guaranteed sick leave benefits.

But, then, members of Congress don’t have to worry about losing a day’s wages — or more — to receive basic health care.

FMI: You’ll find an abstract of study at Preventive Medicine’s website, but the full study is, unfortunately, behind a paywall.