At least 1 in 5 adults in the United States is infected with a type of the human papillomavirus (HPV) that raises the risk of developing certain cancers, according to a report released Thursday by the Centers for Disease Control and Prevention (CDC).

When low-risk types of HPV are included — types that can cause genital warts but not usually cancer — the number of American adults infected more than doubles, to at least 2 in 5, the report adds.

These estimates are actually on the conservative side, say the CDC researchers because the data on which they are based did not include populations considered at higher risk for HPV infections, such as prisoners, homeless people and illicit drug users.

A common — and ‘silent’ — infection

An estimated 31,000 men and women in the United States develop HPV-related cancers each year. That number includes about 600 Minnesotans, according to data provided MinnPost from the Minnesota Department of Health (MDH).

There is no treatment for an HPV infection, although the cancers and other conditions caused by it can be treated. Early diagnosis is important, which is why women should be screened regularly with a Pap test for cervical cancer.

Using condoms each and every time you have sex can lower your risk of getting HPV, but condoms are not foolproof, for the virus can infect areas not covered by the condom. 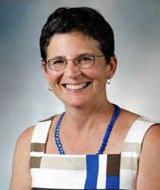 “The best prevention is to immunize people,” said Dr. Jane Korn, medical director of health promotion and chronic disease at MDH, in an interview with MinnPost.

An HPV vaccine has been available in the United States since 2006, she pointed out. To be effective, however, it must be administered before a person becomes infected. Health officials therefore recommend HPV vaccinations for boys and girls aged 11 to 12 — before they become sexually active and are potentially exposed to the virus. Older teens and even young adults can also be vaccinated, although the vaccine may not be as protective.

Because of misinformation and fear — primarily the unfounded claim that the vaccine would encourage young people to become sexually promiscuous — parents have been slower to vaccinate their children against HPV than against other diseases.

Here in Minnesota, for example, 57 percent of boys and 66 percent of girls aged 11 and 12 years had received at least one or more doses of the HPV vaccine in 2015, according to MDH data. (Either two or three doses are needed, depending on when the child began receiving the vaccine.) That same year, 90 percent of the young people were up to date with their tDap vaccine (for protection against tetanus, diphtheria and pertussis) and 84 were up to date with their meningococcal vaccine (for protection against meningitis) — two other vaccines that are also given to 11- and 12-year-olds.

“The vaccination rates for HPV are definitely getting better,” said Korn, “but they have a long way to go.”

The HPV vaccine is remarkably effective against the virus, Korn stressed. Indeed, during the first four years of the vaccine’s use in Minnesota (2006-2010), HPV infections in teenage girls in the state decreased by 56 percent.

The CDC estimates that HPV vaccination could eventually prevent about 90 percent — or 28,000 — of the annual causes of HPV-related cancers in the United States.

“It’s kind of amazing that we have a tool — a vaccine — that can prevent cancer,” said Korn.