Minnesota’s measles epidemic is not yet over.

“We had reached a lull in the outbreak, with no new exposures being recorded for more than a week,” wrote Doug Schultz, a spokesperson for the Minnesota Department of Health (MDH), in an e-mail exchange Thursday with MinnPost.

But then, on Wednesday and Thursday, five new cases were reported, bringing the total this year to 73.

“With every new case, there is the potential for new exposures — and thus new cases if those exposed are not immune to measles,” Schultz stated. “So we can expect to see cases continue for several weeks yet. We need to have no new cases for 42 days (two incubation periods of 21 days) before we can say the outbreak is over.”

“That said, the slower pace of new cases and exposures tells us that our public health interventions, such as excluding unvaccinated/unimmune people from school, daycare, etc., is working,” Schultz added.

One of the health professionals at the center of efforts to control the epidemic’s spread is Patsy Stinchfield, senior director of infection control at Children’s Minnesota, one of the largest pediatric health systems in the country. As of Wednesday, Children’s Minnesota had treated 51 of the children who have developed measles this spring. Twenty-one of those children had to be hospitalized. Stinchfield says she has spoken to the families of most of the children who have been cared for at Children’s. She has also been working in the community to help educate parents about measles and the importance of vaccines.

A major factor in the current epidemic has been a dis-information campaign by anti-vaccination groups who have spread thoroughly discredited claims of links between vaccines and autism. These groups have specifically targeted Minnesota’s Somali-Americans. Before such fears took hold, 2-year-old children in Minnesota’s Somali community had vaccination rates for measles comparable to children in other populations within the state — around 92 percent. By 2013, the rate among Somali-American children had fallen to 45 percent.

On Wednesday, I spoke with Stinchfield about what she’s seeing as she works on the frontline of Minnesota’s current measles epidemic. An edited version of that interview follows. (Full disclosure: I have done patient-education writing for Children’s Minnesota, although not on this topic.) 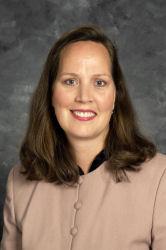 MinnPost: Many parents don’t realize what measles is like. What kind of symptoms are you seeing in this epidemic?

Patsy Stinchfield: Thankfully, during this epidemic, no child has been in the intensive care unit. They’ve been admitted for dehydration, needing IV fluids. They’ve been in for pneumonia. Some have had co-infections — strep and measles or another viral illness on top of it.

MP: How do the symptoms evolve?

PS: What they look like at first is any other kid who has a cold. They have a runny nose and a cough. They may have some watery eyes. Those eyes may then get really red and really sensitive to light — the word is photophobic. Some of your grandparents may remember having to stay in a dark room when they had measles as children. They then typically have a fever. Sometimes, it’s quite high and difficult to get under control. That makes them very miserable. And then the rash starts. It starts on their face and then travels down across their trunk. It’s when that presents that people start thinking about measles. The trouble is, they’re infectious for four days before the rash appears and for four days afterward. So they may look like kids with colds, but they are in fact contagious to others.

MP:  This is a quite serious disease, correct?

I’ve been here now almost 30 years, so this is my third measles outbreak. In 1989-1990, during my first year here at Children’s as a brand new nurse practitioner, we had a big outbreak. We had 460 cases, and three children died. Two of the children died where I worked at [Children’s Hospital and Clinic – St. Paul]. You don’t forget that. It was also the year I became a mother, and I wanted to vaccinate my own children. I couldn’t understand why other people weren’t vaccinating.

What we found out [during that epidemic] is that one [dose of measles-mumps-rubella (MMR) vaccine] alone was not enough, that people who had been vaccinated were still getting measles. So that year we added the second dose of MMR. That gets us up to 97 percent coverage and effectiveness.

MP: And the second outbreak you were involved with?

PS: In 2011, we had 26 cases. We had a child who was on a ventilator for 15 days with measles and pneumonia. That child was very close to being the first pediatric death from measles in decades in the United States. Thankfully, he survived. So we know how severe measles can be.

MP: It can have lasting effects, too.

PS:  There was a child from the 1990 outbreak who ended up having a double lung transplant because the measles damaged her lungs so much that she spent her entire life with pulmonary problems. You don’t hear about those severe things. Measles can also get into the brain and cause encephalitis. It can cause seizures. It can cause permanent brain injury. It can cause blindness and deafness — and even a little-known infectious disease called SSPE [subacute sclerosing panencephalitis]. What happens is the virus goes into the nervous system and hides out in the brain and then eventually ends up deteriorating the brain and the nervous system. It’s fatal.

MP:  This most recent epidemic started out in Minneapolis’ Somali-American community, but it’s now spread into the broader community, correct?

PS:  Yes. The majority of individuals with measles in this outbreak are Somali Minnesotans. But the virus doesn’t care what color you are or what degree you have or where you live or where you’re from. It just cares that you’re not immune, and it will seek and find those individuals and infect them at a very high rate. Ninety percent of the people who get exposed to the virus who are not immune will get measles. It’s that contagious.

MP: Minneapolis’ Somali community was particularly vulnerable because anti-vaccination activists had targeted them with misinformation, especially the myth that vaccines cause autism. You and others in Minnesota’s medical community are working hard to counter that misinformation. How are those efforts going?

PS:  I think it’s going well. We’ve had some meetings with leaders in the Somali faith community. The leaders have been saying, yes, it is terrible that this is happening in our community. I’m speaking with another group of imans tonight. We’re trying to listen and find out how we can work together and what we can do. Here at Children’s, we have our own Somali employees who have really helped make a connection. It’s that bridging that I think has helped. The community has been very receptive.

MP:  Have you had any success stories — parents who were frightened of immunizing their children before but who have now changed their mind?

PS:  Definitely. I’m in a position where I’ve spoken with the parents of almost every one of these kids who have been [tested] or admitted here at Children’s. And, really, all the parents who have been watching their children suffer with measles have had a change of heart. They have said how difficult it is to watch your child suffer with a fever or have such pain in their mouth that they won’t swallow and won’t drink. They’re calling all their family members and neighbors and friends and saying, “You need to get that MMR. You need to get your children caught up because this is so terrible to watch.” And that’s happening not only in the Somali community. We’ve had lots of families come in and get vaccinated here as well as in other clinics across the Metro Area who had previously declined MMR. Now, they’re having a change of heart. They know measles is a risk. It’s in our community, and they want to protect their children.

MP:  What are the most effective ways you’ve found for persuading parents their fears about vaccines are unfounded?

PS:  Sadly, a measles outbreak changes people’s minds. We’ve said for a long time that this was going to happen. We’re an international hub here in Minnesota, and it takes just one plane ride to bring measles home and introduce it into low-vaccinated communities. This outbreak has refocused people on measles as a real and present danger — and on the fact that it’s preventable with vaccines.

The thing that works well is just to listen and to try to find out what people’s fears are. We did another outreach to parents through Voices for Vaccines, a great group out of St. Paul, and the Minnesota Childhood Immunization Coalition. It was very much parent-led. They opened up a phone line, and parents could just call in and ask all of their questions. We had a wonderful conversation — a Q&A — for an hour. I think that being able to get facts from people who have studied this topic their whole career rather than Googling “measles” or “vaccines” and getting whatever comes up at the top of the [screen] is much better for people.

We’re seeing a tremendous increase in the use of MMR vaccines. Normally, the state gives out about 3,000 MMR vaccines each month. Last month, that went to 10,000.

MP: How long do you think this current epidemic will last?

PS:  It has slowed, which is encouraging. In my team, though, we’ve mentally prepared ourselves to be working on measles through the summer.

MP: What is your key message for parents — and the community?

PS:  I think that it’s important to understand that with this outbreak, more than 8,000 people have been exposed to measles in schools, daycares, clinics and hospitals. If none of those people were immune, we would have 90 percent of them getting infected. We would then have well over 7,000 other cases of measles. That really makes the case for how important it is that we all protect ourselves — that we protect each other. Of course, no vaccine is 100 percent, and sometimes even the human immune system can’t help protect us. We have babies too young to be immunized. We have people getting chemotherapy whose immune systems are weakened. So the key is that everyone gets [vaccinated], so we can get that community immunity as high as possible. We all have a responsibility to protect ourselves, our children and our community as a whole.

FMI: For more information about measles, the MMR vaccine — and to keep up to date with the current epidemic — go to the MDH website.