Clinics that offer unproven stem-cell therapies have begun to use a website run by the National Institutes of Health (NIH) to recruit paying patient-customers, according to an article published last week in the journal Regenerative Medicine by Leigh Turner, a bioethicist at the University of Minnesota.

The website is ClinicalTrials.gov, which is a registry of public and private clinical trials (research that uses human subjects) being conducted around the world. People with a chronic illness sometimes use the site to see if there is a clinical trial that they might qualify for, usually with the hope that the new treatment being tested might improve their medical condition and their quality of life.

Most researchers who list their studies on ClinicalTrials.gov do not charge patients to participate, and if they do, it is only a nominal amount — and after first receiving approval from the Food and Drug Administration (FDA) to do so.

Turner has found, however, that clinics selling dubious stem-cell treatments are now listing equally dubious clinical trials on the NIH website — studies for which they are charging patients thousands of dollars.

Often, there is no hint on ClinicalTrials.gov that these are “pay-to-participate” stem-cell studies. Patients discover that only when they call the clinic to ask about enrolling in the trial.

Most patients are also unaware that those pay-to-participate studies are highly questionable, with inadequate peer-reviewed preclinical research (to make sure that there is substantial evidence that the treatment is safe) and inappropriate study-designs (such as not randomizing patients to different treatment groups and not using placebos or sham procedures to control for placebo effects).

“The clinics are basically trying to take advantage of the perceived legitimacy and credibility of the website,” said Turner in an interview with MinnPost. “They want to suggest that if their studies are on this site, then they must be legitimate.”

“The problem is that anybody can sit at his computer, enter pretty much anything, press submit, and get on ClinicalTrials.gov, because the screening is inadequate,” he added.

Earlier this year, NIH made its disclaimer regarding ClinicalTrials.gov more prominent. Patients who click on the site now see a statement across the top of the site’s home page that says, “Listing of a study on this site does not reflect endorsement by the National Institutes of Health. Talk with a trusted health care professional before volunteering for a study.”

That change was made after an article published in March in the New England Journal of Medicine described how three women in their 70s and 80s had developed severe vision loss  — in one case, total blindness — immediately after undergoing an unapproved stem-cell procedure for age-related macular degeneration (AMD) at a Florida clinic.

At least one of the women said she had learned about the procedure after reading about it in a study description posted on ClinicalTrials.gov. She and the other women each paid $5,000 to the clinic for the treatment.

As I’ve written here before, only a few stem-cell therapies have been shown through clinical research to be safe and effective for treating medical conditions, mostly cancer and blood and immune disorders. Yet that hasn’t stopped hundreds of clinics across the United States — including here in Minnesota — from marketing unapproved stem-cell therapies for a long and widely diverse list of other conditions, including (in addition to AMD) aging skin, sports injuries, sexual dysfunction, HIV/AIDS, autism, dementia, chronic obstructive pulmonary disease (COPD), Parkinson’s disease and multiple sclerosis.

In a study published last year, Turner identified 351 companies in the United States that are engaging in direct-to-consumer advertising of stem-cell therapies at 570 individual clinics across the country. Most of these companies market autologous stem cells, which are derived from cells collected from the patient’s body (often from fat tissue) and then injected back into the patient. 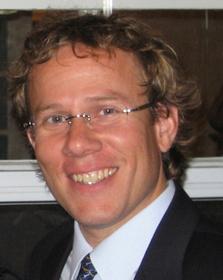 In his current paper, Turner found that such companies had successfully registered seven “patient-sponsored,” “patient-funded,” or “self-funded” autologous stem-cell studies on ClinicalTrials.gov. These are all studies for which the patient must pay $6,000 or more in order to participate. Another 11 studies listed on the site make no mention — not even through coded terms like “patient-sponsored” — that a fee will be charged. The patients learn that they must give the clinic money only when they seek out further information from the company or clinic sponsoring the trial.

“These are junk studies that are nothing more than marketing devices,” said Turner.

“People can spend a lot of money not only for no real benefit, but no real prospect of benefit, for the treatment was never going to work,” he added.

In some cases, patients undergoing an unproven stem-cell treatment will forgo therapies that research has proven to be effective at managing their chronic disease, he added.

And then there is the real possibility that the dubious stem-cell studies will lead directly to physical harm, as demonstrated by the cases of the Florida women.

Indeed, in another Florida case, a cardiologist lost his medical license after a patient died in 2012 while undergoing an unproven stem-cell procedure at his clinic — a procedure for which the patient reportedly paid $54,000.

Turner applauds the placing of a more prominent disclaimer on the ClinicalTrials.gov website, but he believes that action alone is insufficient to protect the public from unscrupulous stem-cell clinics. Federal officials need to vet all studies before they go up on the site, he says, to ensure each one meets certain basic requirements — such as getting FDA approval before charging patients to participate.

The cost of such vetting to the government would be minimal compared to the benefit it would bring vulnerable patients.

“ClinicalTrials.gov has a lot of value and a lot of good intentions behind it, but it turns out that it’s really easy to take advantage of it and just repurpose it and abuse it as a marketing platform,” Turner said.

Unless the site is more closely supervised, he added, “There are going to be more people spending money for interventions that aren’t going to help them in any way, and there will be more people harmed.”

Stem-cell clinics are using a federal website as a marketing tool for unproven treatments, U of M bioethicist says