Last May, Congress raised the funding for abstinence-only-until-marriage education programs to $90 million a year, the highest amount since 2009.

More recently, the Trump administration announced it was abruptly ending almost $214 million in grants for the Teen Pregnancy Prevention Program, which has been offering innovative comprehensive sex-education programs to adolescents across the country.

Both of these moves are unwise. We should be spending more on comprehensive sex-education programs and none on abstinence-only ones, as two major reviews of the latest research on the topic — published this week in the Journal of Adolescent Health — make clear.

The scientific evidence overwhelmingly shows that abstinence-only education programs for young people are simply “not effective,” for they neither delay young people’s first sexual encounters nor reduce risky sexual behavior, the reviews point out.

“While abstinence is theoretically effective, in actual practice, intentions to abstain from sexual activity often fail,” said Dr. John Santelli, the lead author of one of the reviews and a professor of population and family health at Columbia University, in a released statement. “These programs simply do not prepare young people to avoid unwanted pregnancies or sexually transmitted diseases.”

Unethical as well as ineffective

The two reviews relied on many different sources to come to their conclusions, including scientific studies, reports from educators and policymakers involved in sex education and adolescent health, as well as information from human rights organizations.

That evidence revealed that abstinence-only-until-marriage programs fail at their purported goal — to protect adolescents from negative health outcomes  — for a variety of reasons. One has to do with the fact that they often withhold critical health information, including on effective contraception — a finding that the reviewers also suggest is unethical.

“The withholding of information on contraception or barrier protection to induce the adolescent to become abstinent is inherently coercive,” Santelli and his colleagues write. “It violates the principle of beneficence (i.e., do good and avoid harm) as it may cause an adolescent to use ineffective (or no) protection against pregnancy and [sexually transmitted infections]. Similarly, government programs providing abstinence as a sole option are ethically problematic, as they exclude accurate information about contraception and misinform by overemphasizing or mis-stating the risks of contraception.”

Interestingly, the evidence also shows that it’s comprehensive sex-education programs, not abstinence-only programs, that help young people remain abstinent, as Santelli explains in a commentary published this week in the Washington Post:

The most recent authoritative review of the scientific evidence comes from the Centers for Disease Control and Prevention. The CDC examined scientific evaluations from 66 comprehensive risk reduction programs and 23 abstinence-only programs. The CDC found inconclusive evidence that abstinence-only programs helped young people delay sexual initiation; nor did they change other behaviors. In contrast, CDC found comprehensive programs had favorable effects on multiple adolescent behaviors, including sexual initiation, number of sex partners, frequency of sexual activity, use of protection (condoms, oral contraceptives, or both), frequency of unprotected sexual activity, sexually transmitted infections and pregnancy.

Santelli also points out that “the goal of abstinence until marriage … is increasingly improbable, given the rising age at marriage around the globe.”

“Health education during adolescence forms the foundation of knowledge and skills that are needed for many years to come,” he adds.

These declines are not due to an increase in abortions, for the rate of abortion among adolescents has fallen as well — an amazing 66 percent since its peak in 1988.

Nor are they due to fewer teenagers having sex. The rate of sexual activity among adolescents has not changed significantly in recent years.

Instead, these healthy trends are almost entirely the result of increases in the use of contraception among young people, as a 2016 study co-authored by Santelli pointed out.

A desire for knowledge

Yet, Valerie Huber, whom President Donald Trump appointed last June as chief of staff to the assistant secretary for health at the Department of Health and Human Services (HHS) — the division within HHS that is in charge of adolescent pregnancy prevention programs across the country — refuses to believe such evidence. 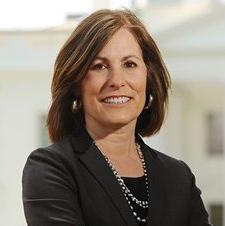 A longtime abstinence education advocate, Huber told National Public Radio that “as public health experts and policymakers, we must normalize sexual delay more than we normalize teen sex, even with contraception.”

“The adolescents that I work with think the same,” says Santelli in his commentary. “They want all the information they can get. As the father of two adolescent males, I am with them.”

For more information: Both review articles can be found on the Journal for Adolescent Health’s website. You can read Santelli’s commentary on the Washington Post’s website.