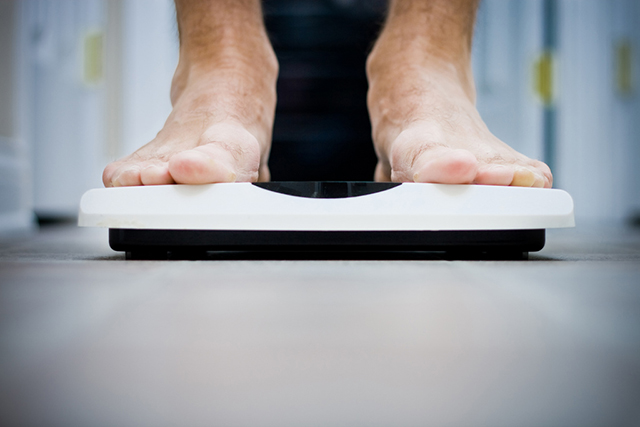 Creative Commons/Allan Foster
An analysis of all the data revealed that participants whose weight fluctuated during the first six and 12 weeks of the weight-loss program tended to have poorer weight-loss results at 12 and 24 months.

People who lose weight slowly but steadily during the initial weeks of a weight-loss program are more likely to keep that weight off over the long term than those whose weight fluctuates during that period, according to a study published Monday in the journal Obesity.  And that is true even when the people with the fluctuating weight have more dramatic weekly drops in their weight at the start of their programs.

This finding suggests that dieters may want to heed the message behind the fable of the hare and the tortoise: You’re likely to be more successful at losing unwanted pounds — and, more importantly, at keeping them off — if you plod along at a persistent, gradual pace than if you try to do it more quickly.

“It seems that developing stable, repeatable behaviors related to food intake and weight loss early on in a weight control program is really important for maintaining changes over the long term,” said Emily Feig, the study’s lead author and a doctoral student in psychology at Drexel University, in a released statement.

For the study, Feig and her colleagues enrolled 183 overweight and obese individuals living in or near Philadelphia in a behavioral weight-loss program. The participants were aged 18 to 65 and had a body mass index between 27 and 45. (People are generally considered overweight if their BMI is in the 25-to-29.9 range and obese if it is 30 or greater.)

The weight-loss program helped the participants establish personal behavioral goals related to monitoring calories and increasing physical activity. It also sent them two daily meal replacements during the first six months. In addition, the participants were required to attended weekly 75-minute treatment groups, which include weigh-ins.

The first six months of the program focused on weight loss. The second six months shifted toward weight-loss maintenance.

Throughout the study, the participants filled out detailed questionnaires about their behaviors and attitudes toward food, including about cravings, emotional eating, binge eating and how confident they felt about regulating what they ate.

A year after the program ended, the researchers visited the participants again for a final assessment.

An analysis of all the data revealed that participants whose weight fluctuated during the first six and 12 weeks of the weight-loss program tended to have poorer weight-loss results at 12 and 24 months.

For example, someone who during a three-week period at the start of the program dropped four pounds, regained two and then dropped another pound tended to end up less successful at meeting their weight-loss goal a year or two later than someone who had shed one pound per week during that same period.

“[Our] findings suggest that the pattern of weight lost early in treatment, above and beyond amount of weight lost, is important in predicting outcomes,” Feig and her colleagues write. “Those who lost similar amounts of weight each week early on were likely to have subsequently lost more weight after 12 and 24 months compared to those whose early weekly weight changes were more visible.”

Interestingly, the study also found people who reported lower emotional eating, binge eating and preoccupation with food at the study’s onset were the ones most likely to experience higher weight fluctuations during the first six weeks — and poorer overall weight loss.

That finding — that weight variability is a better predictor of long-term weight-loss success than attitudes toward food — was “contrary to our expectation,” the researchers write. The reason for that finding remains unclear, they add.

This study has several limitations. Most notably, it is an observational study, and therefore can’t prove cause and effect. Other factors — ones not examined in the study — may explain the results. In addition, the study had a significant dropout rate. Originally, 262 people were enrolled.

Furthermore, black and younger participants were more likely to drop out of the study than white and older ones — a factor that means that the results may not pertain across all ages and races.

Still, the findings are supported by several (but not all) earlier studies  — ones that also have reported that people who are consistent with their weight-loss behavior tend to regain less weight.

Although acknowledging the limitations of the current study, its lead author, Drexel University psychologist Michael Lowe, says that the findings offer some potential guidance to the two out of three American adults who are overweight or obese — many of whom have given up on dieting.

“Settle on a weight loss plan that you can maintain week in and week out,” he said in the released statement,” even if that means consistently losing three-fourths of a pound each week.”

FMI: The study can be read in full on Obesity’s website.

When it comes to shedding unwanted weight, it’s better to be a tortoise than a hare, study finds