A major new review of published studies on interventions for the prevention of Alzheimer’s disease and other late-life dementias has found no good evidence that any of them work.

“There is no magic bullet,” said Mary Butler, one of the authors of the review and co-director of the Minnesota Evidence-based Practice Center (EPC), in a phone interview with MinnPost.

That may sound disheartening, but only if you’re pinning your hopes on a specific dementia intervention, like doing a crossword puzzle or downing an omega-3 supplement each day. Butler said she and her colleagues did find some potentially positive findings within the research they reviewed — ones that are consistent with familiar public health messages about healthy aging.

“It’s the same message about taking care of yourself,” she said. “Do what you can that is under your control: Eat a good diet, be physically active and stay cognitively involved.”

The review was conducted by the EPC, which is a collaborative venture between the University of Minnesota and the Minneapolis VA Health Care System, at the request of the National Institute of Aging. It was published Tuesday as a series of articles in the Annals of Internal Medicine.

For the review, Butler and her colleagues primarily focused on randomized clinical trials, considered the gold standard of research. Here are the review’s general findings regarding each type of intervention:

One well-designed study, known as FINGER (Finnish Geriatric Intervention Study to Prevent Cognitive Impairment and Disability), did see cognitive improvement among a group of adults aged 60 to 77 considered at high risk for dementia who received an intervention that combined physical activity with dietary changes and cognitive training.

“Because there is a lot that we don’t understand about the mechanisms of dementia, it’s probable that there are many things that contribute to the development of dementia, so it shouldn’t be at all surprising to us that it may take more than one thing to delay or prevent it,” said Butler.

“When people ask me how to prevent dementia, they often want a simple answer, such as vitamins, dietary supplements, or the latest hyped idea,” writes Dr. Eric B. Larson, an internist and executive director of the Kaiser Permanente Washington Health Research Institute, in a commentary that accompanies the review. “I tell them that they can take many commonsense actions that promote health throughout life and may help to avoid or delay” Alzheimer’s disease and related dementias. 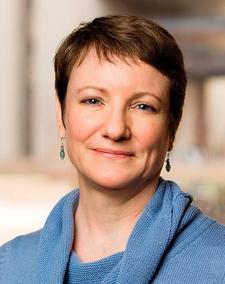 Those actions include engaging in regular physical activity, not smoking, maintaining a healthy diet and weight, and controlling high blood pressure and diabetes.

“Note that none of these recommendations has harmful side effects,” he adds.

FMI: You can find abstracts of the four review articles and the editorial on the Annals of Internal Medicine website, but the full articles are behind a paywall.