When New Year’s resolution time rolls around each January, millions of Americans go on a weight-loss diet. By mid-February, however, long before they’re even close to reaching their “ideal” weight goal, most will have given up on the idea and returned to their old ways of eating.

Some dieters will struggle on, and a few will even eventually reach their goal. People who successfully shed pounds while dieting, however, almost inevitably regain those pounds — and often quite a few more.

That failure can lead to a lot of self-criticism and guilt, primarily because, as a society, we tend to blame individuals for their weight “problem.” We think that anyone who is overweight or obese — and certainly anyone who is unable to stick with a weight-loss diet — is simply undisciplined and lacks self-control.

That attitude is particularly prevalent among people who are naturally thin or who have never dieted. They don’t have any difficulty maintaining a healthy weight, so why do others?

Because it’s much, much more complicated than that, says Traci Mann, a food psychologist who founded the Health and Eating Lab at the University of Minnesota. Mann, nationally renowned for her research on the relationship between diet and health (and for her book “Secrets from the Eating Lab”), points out that self-control is not the issue. Biology is.

When you go on a diet, you’re in an “unfair fight,” she says.

MinnPost recently spoke with Mann about why dieting is so difficult — and why all of us need to be more compassionate and less judgmental about people who are overweight or obese. An edited version of that conversation follows.

MinnPost: You say that dieting sets up an unfair fight.  Let’s start with genetics. What about a person’s genetics makes the fight unfair?

Traci Mann: Genetic differences exist before you even start dieting. Some people have a more efficient metabolism than other people. Some people have more responsive hormones, which makes them feel more full when they eat.

MP: So that puts some people when they start dieting on a — I don’t want to call it a doomed track — but on a more difficult track, right?

TM: Absolutely. And it also means that some people will probably never become obese and will never need to go on a diet, just from the get-go.

MP: There are also neurological differences that make dieting unfair.

TM:  Yes. When you go on a diet your body detects that you’re calorie deprived, so it makes a bunch of changes to adapt. Some of those changes are neurological ones. So, suddenly, after being calorie deprived for some amount of time, you become much more attuned to food in your environment. You’re much more likely to notice food if it’s around. And once you notice food, it’s harder to remove your attention from it. And on top of that you get a bigger sort of reinforcing reward for eating food. It actually makes you feel better.

TM: Yes. All of these things are in response to your body detecting that not enough calories are coming in. The problem with the neurological changes is that they make it really hard to continue sticking to your diet. I mean it’s hard to diet to begin with. But think how much harder it would be if you noticed every bit of food near you and if you couldn’t stop thinking about food. Imagine also if food made you feel even better when you ate it than it used to. That would make dieting so much harder. It’s not that you can’t keep dieting, it’s that the job of dieting is a harder job than it was before.

MP: They don’t have to have the same level of self-control. 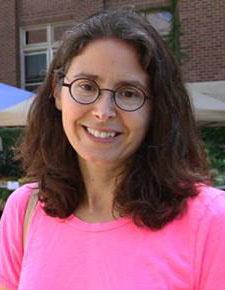 MP: Because it hasn’t happened to them.

TM: Someone who’s never dieted, especially someone who’s naturally thin, they often think that the reason they’re thin is because of their eating habits. The problem with that is, it probably isn’t. Their metabolism is probably ideal. They can even eat a lot fairly often and not gain weight. So when they see a dieter gain weight, or just see an obese person in general, they can’t understand why that happened — unless the person just went out and ate everything in sight.

MP: There does seem to be this need to blame the overweight or obese person for not losing weight, for not being thin.

MP: What are your recommendations for people who are trying to shed unwanted pounds? What do you tell them?

TM: In the long run, it’s counterproductive to strictly reduce your calories. That’s what sets off these biological adaptations. Your body’s trying to keep you from losing weight and wasting away. So, I don’t generally recommend that people go on a diet like that, where they’re restricting their calories a lot.

MP: What can they do?

TM: I recommend a couple things. One is to improve your health. You’re much better off exercising than dieting. A lot of people start exercising, but get frustrated because they don’t find themselves losing weight, at which point they conclude it’s also not making them healthier, so why do it? They don’t realize that exercise will make them healthier whether or not they lose weight from the exercise.

The other thing I recommend instead of going on a calorie-restricting diet is to just find some places in your daily routine where you can shave off some calories. This won’t be enough to make you thin, but it should get you near the lowest weight your body is comfortable being at — the point before it’s going to rebel with all those adaptations I talked about. We’ve been experimenting in my lab with getting people to remove sugar from their coffee. It’s unbelievable how much sugar some people consume just from their coffee alone. If they just stopped using sugar in their coffee, some of them could shave off a few hundred calories a day without really noticing it.

TM: There are other things people can do, too. Things like eating veggies first, so you’re getting more healthy food into you and will then maybe eat less of something else — maybe. Either way, you’re better off if you’re eating those vegetables versus not eating them.

MP: So, it’s about being healthy, not about reaching a particular weight.

TM: Yes. They just need to understand that for a dieter — or a lifelong obese person — dealing with food is a really different situation than it is for them. It’s much more complicated and much more difficult. Everything is more tempting. And they have to eat more to feel full. Surviving by eating less than what makes you feel full is really hard.

MP: And that’s what a lot of dieters are doing.

TM: Yes. Because a lot of dieters, especially people who’ve been obese their whole life, they spend so much of their life trying to lose weight, and to do that they are never, ever, ever feeling full or satisfied. They’re always hungry, and that’s really unpleasant. And I don’t just mean a little hungry. I mean really hungry.

So, it’s not that obese people or people who have struggled with dieting have less will power. It’s that they’re in a much more difficult situation. They’re noticing more food. They can’t get their thoughts off food. You need more will power to deal with that situation.