Young adults who regularly practice yoga tend to be more comfortable with their bodies than their non-yoga-practicing peers — no matter what their level of comfort was before they learned how to do downward dog and other yoga poses, according to a new study from the University of Minnesota.

In fact, the study found that the association between yoga and improved body satisfaction was particularly strong among individuals with a history of feeling unhappy about their bodies.

These findings suggest that yoga may be a useful strategy for countering body dissatisfaction, a growing health issue in the United States, particularly among adolescents and young adults. Body dissatisfaction can lead to many negative psychological and physical problems, including low self-esteem, depression, eating disorders and excessive weight gain.

“Body image is a huge problem in our society, both for the general population and for people with eating disorders,” said Dianne Neumark-Sztainer, the study’s lead author and head of the Division of Epidemiology and Community Health at the U of M, in an interview with MinnPost. “We need interventions that are highly accessible.”

A decade in the making

This isn’t the first study that Neumark-Sztainer — whose research focuses on adolescent health, nutrition, obesity and eating disorder prevention — has done on yoga. In a study published last October, she and her U of M colleagues reported that young adults who practice yoga — particularly overweight young adults — are less likely to gain weight over time.

As with that earlier study, Neumark-Sztainer, got the idea for the current one about a decade ago, when she rekindled her own yoga practice.

“If done correctly, yoga can help you come into your body more, reduce stress, and feel better about your body over all,” she said. “I was really curious to see if the practice would help with improving body image.”

Yet Neurmark-Sztainer also wondered whether yoga classes might make vulnerable people feel worse about their bodies. Her concern was that they might negatively compare themselves to their yoga instructor or other students in the class, perceiving them as being thinner, stronger and more flexible.

For the current study, Neumark-Sztainer and her colleagues analyzed survey responses, taken five years apart, from 1,664 young adults (mean age 31) who had participated in the U of M’s Project EAT (Eating Among Teens and Young Adults), which began surveying young people in Minnesota about their dietary and physical activity habits in the late 1990s. The participants answered specific questions about yoga, as well as ones designed to measure how satisfied they were with the shape and appearance of their body. 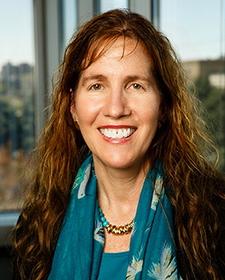 Almost 23 percent of the women and slightly more than 7 percent of the men — or about 16 percent of all the participants — reported practicing at least 30 minutes of yoga per week over the previous year.

The findings also held after adjusting for the participants’ body mass index (BMI).

Furthermore, the improvement occurred no matter where people received their yoga instruction — at a gym, at a yoga studio or at home via an online class.

Frequency of practice did matter, however. “The more people practiced, the more improvement,” said Neumark-Sztainer — although, as she and her colleagues point out in their paper, very few of the participants spent more than three hours a week doing yoga.

This study comes with several important caveats. Most notably, it was an observational study, not an interventional one, so it can’t prove that yoga helps improve body image. Furthermore, participants self-reported the amount of yoga they engaged in each week. Self-reports are not always reliable.

Still, the study’s findings “support our previous one about [yoga’s effects] on changes in weight status,” said Neumark-Sztainer, “and the fact that we can see positive changes in both is really promising.”

Further research is needed, she said, to support these findings and to determine what kind of yoga-based interventions might be most effective for improving body satisfaction among young (and older) adults. She also recognizes that yoga is not going to be an option for everyone.

If you do decide to take up yoga, however, Neumark-Sztainer underscores the importance of finding a class in which you feel comfortable. Make sure the instructor is sensitive to the needs of people with all different body shapes and sizes.

FMI:  You’ll find an abstract of the study on the website of the journal Body Image, but the full paper is behind a paywall.