Several recent reports and studies offer disturbing new insights into the continuing and devastating opioid crisis in the United States.

Substantial increases were found among women and men, all age groups and all regions of the country. The Midwest, however, had the largest increase: 69.7 percent. In fact, of the 16 states across the country that are part of the CDC’s Enhanced State Opioid Surveillance Program, Wisconsin experienced the greatest upsurge in the number of people showing up in emergency departments for opioid overdoses: 109 percent. (A comparative percentage for Minnesota was not reported in the study, as Minnesota is not part of that particular data-gathering program.)

The CDC researchers point out that the situation is likely worse than their study revealed, as many people who overdose from opioids do not show up in emergency departments.

Another report, released late last month by the Midwest Economic Policy Institute, looked specifically at the opioid epidemic’s impact on construction workers in Minnesota and six other Midwestern states. Across the country, construction workers have been disproportionally hurt by the epidemic, the report’s authors point out.

“What makes construction so vulnerable to this epidemic is the physical nature of the work,” said report author Jill Manzo, in a released statement. “Injury rates are 77 percent higher in construction than other occupations, and the financial incentive to get back to work before their bodies are healed is leading many down a path that can ultimately lead to abuse and even death.”

The new report estimates that more than 1,000 construction workers across the Midwest died from an opioid overdose in 2015. Ohio workers were hardest hit by the epidemic that year (380 deaths), followed by Illinois (164 deaths), Michigan (160 deaths), Wisconsin (92 deaths), Indiana (83 deaths), Minnesota (54 deaths) and Iowa (32 deaths).

The epidemic cost the Midwest construction industry an estimated $5.2 billion in 2015, including $292 million in Minnesota, the report adds.

The Midwest Economic Policy Institute makes several recommendations for combatting opioid addiction in the construction industry, including encouraging physical therapy and anti-inflammatory medications rather than opioids for chronic wear-and-tear injuries.

The wisdom of that advice was underscored by the stunning findings of a study published this week in the Journal of the American Medical Association (JAMA). Led by researchers at the Minneapolis VA Center, the study reported that opioids are no better than non-opioid medications (such as acetaminophen or nonsteroidal anti-inflammatory drugs) at treating pain from common sources — specifically, chronic back pain and osteoarthritis of the hip or knee.

In fact, after one year, the study’s participants who were taking opioids reported being in slightly more pain than those who were taking non-opioid medications. The authors of the study believe that finding may be because the human body, over time,  builds up a tolerance to opioids. 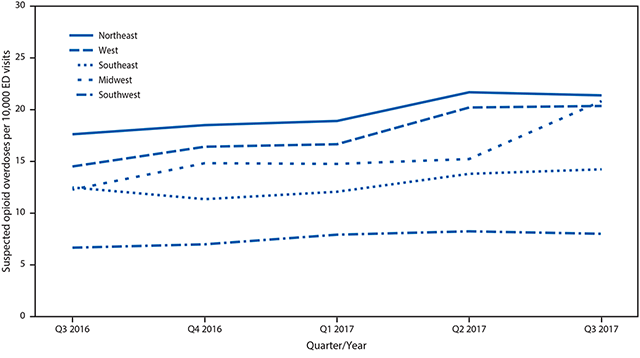 The study also found that the incidence of side effects — primarily drowsiness, nausea, constipation, stomach upset and difficulty focusing — was twice as high among the participants taking opioids than among those on the other medications.

Remarkably — given the length and scope of the opioid epidemic and the number of lives it has claimed — this is the first high-quality, long-term clinical trial to compare opioids head-to-head with non-opioid drugs.

The pharmaceutical industry has long controlled the messaging about the efficacy and safety of opioids, in part by muddying the distinction between patient advocacy and corporate advocacy.

That’s the finding of yet another report on the opioid crisis released in mid-February by Sen. Claire McCaskill, D-Missouri. The report exposes the long-running financial ties between major marketers of opioids and third-party patient advocacy groups.

According to the report, five leading opioid manufacturers (Purdue Pharma, Insys Therapeutics, Mylan, Depomed and Janssen Pharmaceuticals) donated almost $11 million to 14 advocacy groups — and some of the doctors affiliated with them — between 2012 and 2017.

The money did not go to waste, as McCaskill’s report explains:

Initiatives from the groups in this report often echoed and amplified messages favorable to increased opioid use — and ultimately, the financial interests of opioid manufacturers. These groups have issued guidelines and policies minimizing the risk of opioid addiction and promoting opioids for chronic pain; lobbied to change laws directed at curbing opioid use; and argued against accountability for physicians and industry executives responsible for overprescription and misbranding. Notably, a majority of these groups also strongly criticized 2016 guidelines from the CDC that recommended limits on opioid prescriptions for chronic pain — the first national standards for prescription opioids and a key federal response to the ongoing epidemic.

“The fact that these same manufacturers provided millions of dollars to the groups described [in this report] suggests, at the very least, a direct link between corporate donations and the advancement of opioids-friendly messaging. By aligning medical culture with industry goals in this way, many of the groups described in this report may have played a significant role in creating the necessary conditions for the U.S. opioids epidemic,” the report adds.

One example cited in the report involves the Academy of Integrative Pain Management, which received more than $1.2 million from the five opioid manufacturers during the period examined. According to McCaskill, that advocacy group has joined forces with the American Cancer Society Cancer Action Network to lobby states on opioid-related matters, including efforts to block limits on opioid prescribing.

Patient-advocacy groups are not required by law to reveal their donors. As a result, both the public and policymakers have no way of knowing if the lobbying and educational efforts of these groups is being influenced by corporate money.

“The financial relationships between these groups and opioid manufacturers should be clear to the general public,” McCaskill said in a statement released with the report. “We passed a law ensuring the public had information on payments to doctors by pharmaceutical companies, and I can’t imagine why the same shouldn’t be done in this space.”

FMI:  The CDC report was published in the March 6 edition of the CDC’s Morbidity and Mortality Weekly Report, where it can be read in full. You can read the Midwest Economic Policy Institute’s report on how the opioid crisis has impact constructions workers in the Midwest at that group’s website. Senator McCaskill’s report is also available to read in full online. The Minneapolis VA Center’s study in JAMA is, unfortunately, behind a paywall, but you’ll find an abstract on the journal’s website.