Children who receive general anesthesia during surgery before the age of 3 are not at increased risk of having lower IQs than children who do not receive it, according to a Mayo Clinic study published earlier this month in the journal Anesthesiology.

But the situation is more complex for children who undergo general anesthesia more than once before their third birthdays, the study also reports. Although their IQ scores are comparable to their non-anesthesia-receiving peers, children with multiple exposures score modestly lower on tests that measure fine motor skills, such as their ability to draw figures with a pencil, the study found. And their parents are more likely to report that the children have behavioral and learning problems.

“Overall, the results are pretty reassuring,” said Dr. David Warner, the study’s lead author and a pediatric anesthesiologist at the Mayo Clinic Children’s Center in Rochester, in an interview with MinnPost. “There’s not much evidence that a single exposure is associated with any harmful outcome.”

More than 80 percent of children who need surgery before age 3 undergo only one procedure, he pointed out.

The results regarding young children who receive multiple anesthetics are more concerning, Warner added, but the amount of difference in behavior and learning observed between these children and their peers was small.

“It’s a subtle change, and most of these kids do just fine,” he said. “They grow up. They go to college. They do whatever they want to do. Still, I can’t say that it doesn’t have any effect. We need to do more work.”

Concerns have been raised about general anesthesia’s neurological effects on young children since the early 2000s, when animal studies began to suggest that it might be associated with problems with learning and memory. Those studies led the U.S. Food and Drug Administration to issue a warning in 2016 that lengthy or repeated use of general anesthesia in young children could affect brain development and lead to learning or behavioral problems. The agency recommended that parents talk with doctors about “the potential adverse effects of anesthesia on brain development, as well as the appropriate timing of procedures that can be delayed without jeopardizing their child’s health.” 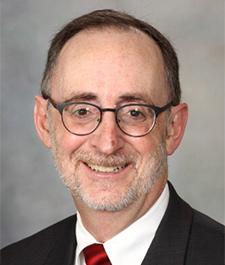 For many years, researchers, including those at Mayo, have been trying to determine if the findings from the animal studies are applicable to children. (Although animal studies are essential for research, their findings frequently turn out not to be transferable to humans.) In 2012, Warner and his Mayo colleagues reported that children exposed to two or more anesthetics before age 3 had more than double the incidence of attention deficit hyperactivity disorder (ADHD) than children who had no exposure.

“But there’s a whole swath of reasons why that could be,” said Warner. “Obviously, kids who need surgery are different than kids who don’t need surgery, so something about needing surgery rather than the anesthesia itself may be responsible for the association.”

“The idea behind this [new] study was to do detailed neuropsychological testing and also to try to select kids for testing that were alike in as many ways as possible other than they had anesthesia in surgery,” he added.

The study involved 997 children born in Olmsted County from 1994 through 2007. Of these, 380 had one anesthesia exposure during surgery before their third birthday, 206 had two or more, and 411 had none. Most of the children (42 percent) underwent surgical procedures for medical conditions involving the ears, nose or throat, and two-thirds of all the children who had surgery received more than two hours of anesthesia.

The children were given brain function tests at ages 8 to 12 and at ages 15 to 20. Their parents also filled out questionnaires designed to assess the children’s behavior and learning skills.

The tests revealed no significant differences between the three groups in intelligence, memory and several other measures of brain function — findings that “should be reassuring to clinicians and families,” Warner and his colleagues write.

But multiple exposures to general anesthesia were associated with a modest decrease in the brain’s processing speed and in fine motor coordination. They were also associated with a greater likelihood of parent-reported reading and other learning difficulties, as well as with more behavioral problems, such as displays of aggression, anxiety, social withdrawal and symptoms consistent with ADHD.

“These secondary outcomes must be interpreted cautiously,” write the researchers, “but [they] suggest … that exposure to multiple procedures requiring general anesthesia is associated with a subtle, specific pattern of injury that may have consequences for subsequent learning and behavior.”

Weighing the benfits and risks

The study comes with caveats, of course. It was observational, which means it doesn’t prove that multiple exposures to anesthesia caused the slightly lower scores in motor skills and brain processing revealed by the tests or the differences in behavior reported by the children’s parents.  Other characteristics of the children who needed repeated surgery — ones that have nothing to do with anesthesia exposure — could explain the results.

“We did everything possible to try to match them up,” said Warner,” but they’re still different. Kids who need surgery are different than kids who don’t.” More research is needed, he said, to get a clearer answer about the risks.

In the meantime, Warner doesn’t want this study’s findings to scare parents.  “The last thing I want to do is prevent any child who needs an operation from getting it because of this,” he said.

“My own granddaughter, when she was 3 weeks old, needed a surgical procedure, and there was no hesitation in my mind that she should have it, because the benefits of that procedure clearly outweighed any potential risk,” he added.

But when a procedure that requires anesthesia is not absolutely necessary — when the surgery can be safely delayed until the child is older, for example — then the potential for problems from the anesthesia may need to be part of the decision-making process between parents and their child’s surgeon, Warner said.

“We don’t have any simple answers yet, as much as we would like to give them,” he stressed.

FMI:You’ll find an abstract of the study at the Anesthesiology website, but the full study is behind a paywall.