If you’re choosing your doctors based on online patient reviews, you might want to rethink that approach. Doctors who receive online complaints from patients tend not to elicit similar negative assessments in more rigorous patient-satisfaction surveys, according to new research from the Mayo Clinic.

“The public needs to be aware of what they’re reading out there,” said Dr. Sandhya Pruthi, the study’s senior author and an internal medicine physician at Mayo, in an interview with MinnPost.

“The true patient-experience data from a validated [survey] tool is very different from what’s out there online,” she added.

The study appears in the April issue of the journal Mayo Clinic Proceedings.

As background information in the study points out, websites that rate physicians are becoming increasingly popular with consumers. By 2013, at least one in six physicians had been rated on these sites, and that figure has undoubtedly grown since then.

The sites do influence people’s attitudes toward doctors. A 2015 Mayo Clinic study found that more than a quarter of patients said that either a negative or positive online review would affect their decision about seeking care from a doctor.

For the current study, Pruthi and her colleagues used Google and Google Alerts to track negative online reviews of physicians at Mayo Clinic’s Rochester campus posted from September through December 2014. They found 113 physicians with negative reviews during that period, out of 2,148 physicians whose names were searched. Most had only one negative review, although some had as many as three. 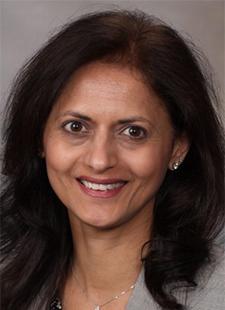 Another group of 113 physicians without negative reviews — but matched one-on-one to the first group by medical specialty (such as cardiology, orthopedics and urology) — were randomly chosen by a computer.

Pruthi and her colleagues then obtained formal patient-satisfaction surveys on both sets of doctors and compared the scores. They found no statistical difference between the scores of the doctors with negative online reviews and those without.

They also looked specifically at the scores on questions regarding patient-doctor interaction skills — how well the patients thought the doctor communicated with them. Once again, no statistical difference was found between the scores of the doctors with negative online reviews and those without.

One difference was found, however.  Physicians with negative online reviews were more likely to receive poorer scores on the patient-satisfaction surveys for variables not linked to their direct contact with the patients — such things as the patients’ interactions with desk staff or nurses, the physical environment of the doctor’s office, appointment access, wait times, billing and parking.

“These are things that we don’t always have control over but that are part of the patient experience,” said Pruthi.

As with all studies, this one has its limitations. It was a small pilot study, and gathered data on physicians from one institution and over a short period of time. The results, therefore, may not be applicable to physicians in general.

But, as Pruthi and her colleagues point out in their paper, the study’s findings “underscore the importance of health care organizations and their physicians to be aware of patient experience content posted on social media platforms and be proactive in managing their online reputation.”

“It’s a different world now than 10 years ago when we didn’t have this issue,” said Pruthi.

But the public must also become savvier about social media.

“The consumer needs to be aware when they’re reading these things, is this one review [of the physician] or 30 reviews?” said Pruthi. “That’s the take-home for the consumer. Be wary of what you’re reading out there.”

FYI: The study can be read in full on the Mayo Clinic Proceedings website.