Pregnancies among American girls under the age of 15 have fallen dramatically during the past two decades, reaching a record low in 2016, according to a new report from the Centers for Disease Control and Prevention (CDC).

The birthrates for girls under 15 declined for all races and ethnicities, although the drop was the biggest among young black girls, falling from 2.4 to 0.5 births per 1,000.

Minnesota is among the states with the lowest birthrate — 0.1 — for this age group.

The decline in pregnancies among girls under 15 is similar to that seen among girls aged 15 to 19. The birthrate in this older age group fell by 57 percent from 2000 to 2016.

CDC officials point to several reasons for these falling pregnancy rates: Young people are delaying when they first have sex. They are having less sex. And when they do have sex, they are more likely than in the past to use effective contraception. 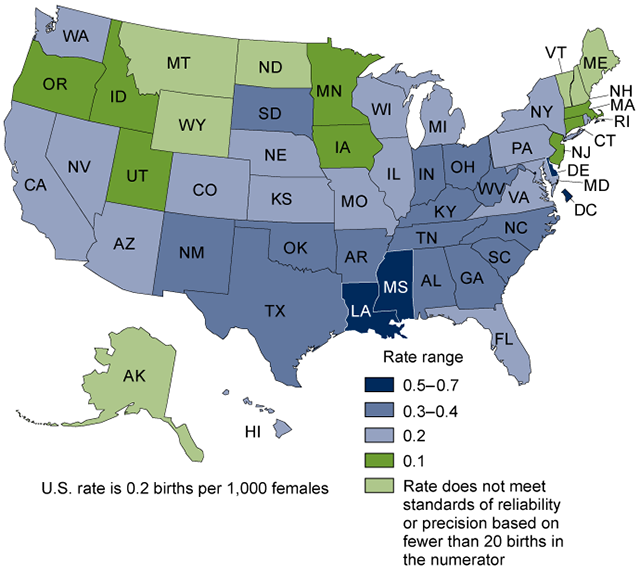 Just days before the CDC report was released, the Trump administration announced its new rules for funding programs to reduce teen pregnancies. Those rules do not require that teen-pregnancy programs produce strong evidence-based proof of their effectiveness. The rules also favor programs that encourage sexual abstinence.

FMI: The CDC report was published as a National Center for Health Statistics (NCHS) “Data Brief,” and can be read in full on the agency’s website.