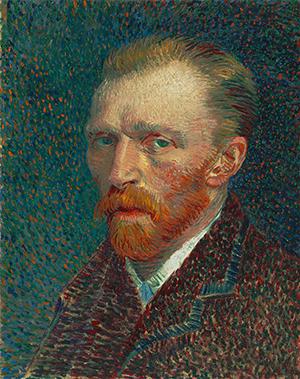 In an article published this week in Aeon, Christa Taylor, a postdoctoral researcher at the Yale University Center for Emotional Intelligence, takes a fascinating look at the myth of the “mad genius” — the common belief that creativity is inherently linked to depression and other mood disorders.

As Taylor points out, the idea that a mental disorder is a sign of creativity first emerged during the Romantic Era and has been part of popular lore ever since.

But is there any good scientific evidence of this connection? Trying to answer that question raises some “knotty, multi-layered” research-related problems, says Taylor. “It is not as straightforward as just seeing if ‘creativity’ is correlated with ‘mood disorder.’ ”

It’s important, however, that we get a clearer answer to the question, she stresses. The perpetuation of the myth may be discouraging some people from seeking treatment for depression or other mental illness out of the mistaken belief that the treatment might stifle their creativity.

As Taylor explains, there are a couple of key reasons why the relationship between mood disorders and creativity has become so entrenched in the public’s mind:

For many, the idea of the ‘creative person’ comes from popular media, which inundates us with news stories and movie portrayals of the suffering artist and the mad genius. And there are anecdotal accounts closer to our real lives: many of us have heard stories about someone who suffers from a deep depression — but also creates beautiful poetry. Repeatedly hearing these accounts fuels a stereotype. When we frequently see two unique things (eg, extraordinary creativity and mood disorders) occur together, they become paired in our minds, creating what is termed an illusory correlation.

This effect is compounded by the availability heuristic, wherein we judge how common something is by how easily it comes to mind. If our mental representation of a creative person is based on this notion of genius and disorder, it will be easier to remember creative people who have a disorder, rather than those that don’t. This makes the connection seem more common.

These two types of biases occur unconsciously and are often beyond our control. It is only by studying the issue scientifically, limiting our bias to the greatest extent possible, that we can we truly understand if creativity is related to mood disorders.

Looking at the evidence

Taylor conducted a meta-analysis (an analysis of all the previous studies on the topic) for each of the three approaches. She found that “[a]lthough creative people do exhibit a greater instance of all types of mood disorders when compared with less-creative people (except for dysthymia, a chronic and less severe depressive disorder), the analysis comparing the creativity of individuals with a mood disorder to those with no mental disorder was more nuanced. The creativity of people with a mood disorder did not differ from those without.”

As Taylor points out, the studies used in her meta-analyses have biases that may have tilted their findings in favor of a link between creativity and mood disorders. For example, studies that investigated whether people with mood disorders exhibit greater creativity than those without often used creative occupations as a proxy for creative ability. That’s a problem, as Taylor explains:

The creative occupations considered in these studies are overwhelmingly in the arts, which frequently provide greater autonomy and less rigid structure than the average nine-to-five job. This makes these jobs more conducive to the success of individuals who struggle with performance consistency as the result of a mood disorder. The American psychiatrist Arnold Ludwig has suggested that the level of emotional expressiveness required to be successful in various occupations creates an occupational drift, and demonstrated that the pattern of expressive occupations being associated with a greater incidence of psychopathology is a self-repeating pattern.

An approach ‘fraught with uncertainty’

Consider the method called autopsy diagnosis. Here researchers examine biographical and historical records to provide a post-mortem diagnosis for eminently creative people. But establishing the presence of a mental disorder for someone who is long-deceased is fraught with uncertainty at every step of the process. To be labelled a creative genius, a person must have creativity and the characteristics that we associate with creativity at that time. So the historical context is crucial.

For instance, there are certain time periods for which being moody and irrational was seen as positive evidence of genius itself, particularly for those in the arts. Writers during the Romantic Era sometimes cultivated an ‘aura of mania’ in order to appear possessed of extraordinary ability. These artists were more likely to be recognised for profound creativity, and therefore recorded in the sources that many researchers use today. But there’s no way for us to tell whether that artist was actually suffering from a mood disorder. So whether the characteristics of a creative person just happen to fit the ideology of genius during that time, or whether, as some researchers have suggested, these characteristics are exhibited purposefully to make an impression, they might be more likely to be represented in historical records than someone with equivalent talent and creativity who does not fit this image.

Studies that involve living people are vulnerable to bias as well, “since these studies frequently lack random sampling and/or experimenter-blind procedures,” Taylor points out.

“Most people chosen to be included in the creative groups are successful writers or artists, while those in the less-creative groups are typically average people living nearby to wherever the study is taking place,” she adds. “This is a problem since there are differences that might vary systematically between the groups: for instance, people who have achieved real creative success typically face the stress of being in the public eye, while the average person does not. Just that component could account for any number of differences in the instance of mood disorder, given that stress is a major cause for the onset of mood disorders.”

But there is an even greater hurdle to studying the potential relationship between creativity and mood disorders, says Taylor.

“Because there is no agreed-upon objective way of measuring either one, the conclusions regarding their relationship end up being based on symptoms,” she writes. “Consider how this is a problem: increased energy, ideational fluency, reduced need for food or sleep and extreme task-absorption can accurately describe intense creative activity — or a (hypo)manic episode. Which one? Researchers have difficulty telling.”

Believing that creativity is due to some underlying, uncontrollable factor reinforces the idea that few people are capable of true creativity, which prevents many from realising their own potential. It also undermines the skill and effort that creative endeavours require, if we can simply chalk it up to the consequence of a disorder. And the connection between mood disorders and creativity influences the very way we view the creative work of others: university students who were told the story of Van Gogh cutting off his ear before they examined his painting Sunflowers (1888) took a more favourable view of it than those who weren’t told the story. Similarly, students priced a piece of artwork higher when a fictitious artist’s biography briefly mentioned that he was ‘often described as very eccentric.’

This is a dangerous message for those engaged in creative pursuits — and for those creators who do suffer from a mood disorder: it could keep them from seeking treatment if they believe treatment would diminish their creative ability. This is why a meticulous and bias-free examination of creativity and its relation to mood disorders must be taken seriously — and must be held to high scientific standards. It’s not an easy task.

FMI: You can read Taylor’s article on Aeon’s website.