The young children of “helicopter parents” — parents who hover over their toddlers, swooping in constantly to guide the child’s play and interactions with others — are less likely to be able to regulate their emotions and behavior when they get older, according to a study published Monday in the journal Developmental Psychology.

Those children are also more likely to experience emotional, social and academic problems in school.

“Our findings were not surprising given the critical role parents play in helping their children learn how to manage their arousal and behavior independently,” said Nicole Perry, the study’s lead author and a postdoctoral researcher at the University of Minnesota’s Institute of Child Development, in an e-mail interview with MinnPost.

“A greater desire for independence often puts toddlers in situations of increasing emotional challenge and complexity,” she explained. “If parents try to exert too much control over these situations and step in before children try to handle the challenge on their own, or physically keep children from challenging contexts all together, they may, unintentionally, hinder the development of children’s independent self-regulatory abilities.”

“For example, if an overcontrolling parent removes a young child from a situation where, for a successful peer interaction, she needs to control her emotions/behavior and share a toy, she may not develop the skills to navigate that situation in socially appropriate ways when a parent is not present.”

For the study, Perry and her colleagues analyzed data collected on 422 mother-child pairs who were participating in the University of North Carolina’s RIGHT Track research project, which is studying children’s emotional regulation and development over time. Two-thirds of the children were white and slightly more than a fourth were African-American. The families came from economically diverse backgrounds, and at the start of the study 80 percent of the mothers were married.

When the children were 2 years old, they were videotaped as they undertook a play activity and a cleanup task.  Their mothers were told to play with their child as they normally would at home and then to work with the child to clean up the toys in a way that had been introduced to them earlier. Researchers later coded the level of the mothers’ overcontrol (instances when she was too strict or demanding, considering the child’s behavior) on a scale of 1 (low) to 4 (high).  Mothers were scored as being high on the scale if, for example, they constantly guided the child or frequently repeated commands.

The children were videotaped again when they were 5 to see how they would respond to a situation in which there was an unfair sharing of candy and to a task that required them to identify various shapes as fast as possible. The researchers used these videotapes to score the children’s ability to regulate their emotional and behavioral responses to stressful situations.

The analysis of all that data revealed a clear pattern.

“Thus, overcontrolling parenting in toddlerhood was associated with adjustment in preadolescence through its association with the development of children’s self-regulatory abilities,” she added.

Children need to learn how to self-regulate their emotions and behaviors — and it’s also essential that they learn that lesson early, before they start school. 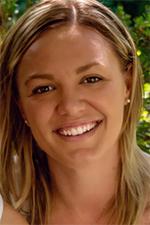 “Greater behavioral and emotional control may decrease the likelihood that children will act out and behave destructively or internalize negative emotions that could lead to increased anxiety or depression,” said Perry.

Children who can keep their emotions and behavior in check are also more likely to develop better friendships with other children — and to be more liked by their classmates, she added.

By contrast, children who are unable to develop effective ways of self-regulating their emotions and behavior may find school frustrating.

“This, in turn, could lead to decreased social and academic competence and greater psychological difficulties,” said Perry.

The study has some important limitations. Most notably, the mother’s interactions with their children were recorded only a single time (and for just six minutes) and, therefore, may not have been indicative of their day-in-day-out parenting style.

Still, as Perry and her colleagues point out in their paper, other research has also found a link between overcontrolling parenting and emotional and behavioral problems in children.

What is Perry’s advice to parents who recognize “helicoptering” tendencies in themselves?

“These parents are often very well-intentioned and really want to support their children’s development,” said Perry. “However, it’s important to recognize overcontrol can impede their ability to do so.”

She recommends that parents take active steps — but in noncontrolling ways — to help their young children learn to control their emotion and behaviors.

First, talk with your child about what behaviors might be triggered by certain emotions, she said. Then discuss how those behaviors may be hurting their ability to calm themselves in response to the emotions.

Next, help your child develop positive coping strategies for gaining control over negative emotions and behaviors — techniques that will help distract the child from the source of the stress. These strategies can include deep breathing, coloring, listening to music or retreating to a quiet space — whatever works best for the child and is appropriate for a particular situation.

It’s also important, Perry stressed, that parents allow their children to experience a wide variety of emotional situations to help them develop their self-regulating skills.

“Overcontrolling the situation, removing children from emotionally challenging situations, or immediately managing children’s emotions for them without discussion or allowing them the opportunity to try on their own, is unlikely to facilitate these important skills,” she explained.  “Emotionally-charged situations are prime opportunities for parents to praise children if they can effectively use a coping strategy. If parents jump right in they won’t be able to see whether their children had developed the ability to handle the situation.”

“Ideally,” she added, “if the parent is able to help guide and support during those times, children will internalize those strategies into ones that can be used independently.”

Perry also offered this final bit of advice for parents: Set a good example. Use appropriate coping strategies to manage your own emotions and behaviors when upset.

FMI:  The study can be read in full online.