Within the last few weeks, a rare blood infection, caused by a species of bacteria found in the mouths of cats and dogs, killed a 58-year-old woman in Milwaukee and caused another Wisconsinite, a 48-year-old South Bend housepainter, to lose his legs and hands.

The bacteria species is Capnocytophaga canimorsus, which exists in the saliva of up to 74 percent of dogs and 57 percent of cats, according to the Centers for Disease Control and Prevention (CDC). Yet, despite the bacteria’s pervasiveness, cases of people becoming infected with it are extremely unusual. A CDC spokesman told NBC News that the agency received only 12 reports of such cases in 2017.

When people do become infected, however, the outcome can be devastating. It can quickly cause septicemia (a blood infection) or endocarditis (inflammation of the lining of the heart), leading to amputations (from gangrene), heart attacks and death.

Usually, the infection spreads through a dog or cat bite, although the CDC says it can sometimes jump to people through close contact with one of those animals. The family of the Milwaukee woman who died told doctors that she had received a “pinprick” of a bite from her dog days earlier. The housepainter had apparently been licked, but not bitten, by a dog. The bacteria may have entered his body through an open cut of some kind.

Most people who become ill with a Capnocytophaga canimorsus infection typically show symptoms within three to five days, although the range is from one to 14 days. If a bite was involved, blisters, redness and swelling may develop around the wound within hours. Other symptoms are flu-like: fever, stomach pain, diarrhea, vomiting, headache, muscle pain and skin rash.

Once symptoms appear, the person’s condition can deteriorate rapidly. About one in 10 people infected with Capnocytophaga canimorsus dies, often within 24 to 72 hours after the symptoms start.

For this reason, health officials say you should seek medical care immediately after being bitten by a cat or dog, no matter how small the wound and even if you don’t feel sick. Antibiotics can kill the bacteria.

To find out more about Capnocytophaga canimorsus infections, as well as other diseases that dogs and cats can pass on to their owners, MinnPost spoke with Jennifer Granick, an assistant professor of veterinary clinical sciences at the University of Minnesota. An edited version of that conversation follows.

MinnPost: What is capnocytophaga canimorsus?

Jennifer Granick: It’s a normal bacteria found in the mouth of cats and dogs. In fact, people have their own version. So it’s not inherently a pathogen. But if given the right situation — a person who’s immunocompromised or some sort of broken barrier, like a skin wound — it has the potential to cause problems. Most infections in humans are caused by a bite wound. But if there’s licking, if there’s a break in the skin and a pet licks that, that’s also a source of entry for the bacteria.

MP: How common are these infections? How often do they jump to humans?

JG: It’s rare, and most commonly affects humans who are immunocompromised in some way. There’s some suggestion that it may be underdiagnosed just because it’s a difficult diagnosis to make.

MP: The animal doesn’t have to be unhealthy.

JG: Yes, exactly. It’s commonly found in the mouth of cats and dogs.

MP: Why does it take several days for a person to become ill?

JG: If we think about any infection, the onset of symptoms depends a lot on the pathogen and its virulence, and also on the infective dose [the amount of bacteria that initially enters the human body].

MP: I would think that because the symptoms may take several days to develop, people may forget about having being bitten by a dog or cat when they seek care. They might not mention it to the doctor. 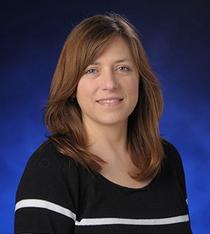 JG: Yes. From a veterinary perspective, we often tell owners that if they experience a bite — if they experience any break in the skin from a bite from a pet — they should go seek medical care right away. You don’t want to wait until you have clinical signs to get treated, because then you’re kind of behind the eight ball.

MP: And Capnocytophaga isn’t the only infection that humans can get from a dog or cat bite.

JG: Capnocytophagais probably less common than Pasteurella, which is another normal oral bacteria that cats and dogs have. We associate it more often with cat bites because cats have those little needle teeth. Pasteurella can cause local infection and cellulitis. It can cause swelling of the local lymph nodes. But it can then become systemic and get out of control pretty quickly — just like Capnocytophaga.

MP: What other illnesses can dogs and cats pass on to their owners?

JG: Dogs and cats can spread parasites, like fecal worms, through their stool. If those stools aren’t cleaned up quickly they can become infectious for people, especially young kids because they’re touching things and ingesting things without washing their hands. Toxoplasmosis is another parasitic infection that is shed by cats in their feces. It’s recommended that pregnant women not scoop cat litter — or use really good hand hygiene when they do. Most people get toxoplasmosis from eating raw or undercooked meat. But now there’s a trend to feed pets a raw food diet. I don’t recommend it. The animal may get infected not just with toxoplasmosis, but also with other bacterial infections, like salmonella or E. coli. Even if they don’t become sick, they have the possibility of shedding those organisms and becoming a source of infection for people. And handling the raw meat is also a risk, even before it passes through the animal.

MP: What can pet owners do to prevent these illnesses?

JG: For things like salmonella and E.coli, it would be to not feed their pets a raw meat diet. For toxoplasmosis, it would be to keep your cats indoors so they won’t be exposed to the infection. It’s probably better for their health anyway. Also, regularly take your pet to the veterinarian. If you’re taking your pet to the veterinarian for routine preventative care, they’re likely to be on a heartworm preventative, which is also an intestinal worm preventative. Also, cleaning up dog feces pretty quickly after they go will help because it takes time for those [worm] eggs to become infectious larva. If you let the feces sit in the yard for two weeks, then it’s potentially infectious. If you pick it up right away, then it’s not.

MP: And you shouldn’t let cats or dogs lick any scratches or open wounds on your body.

JG: Keep those wounds clean and covered. That’s common sense. But if you have an animal that’s inclined to lick then, that would be a wise thing to do.

MP: As you’ve already mentioned, people who are bitten by a dog or cat should go to urgent care or an emergency room right away to get treatment.

JG: Yes. And give them all the information you can about the animal. We always think of rabies when there’s a bite wound. We think, “Well, my dog bit me, but I know my dog’s been vaccinated for rabies.” But there are other bacterial infections you can get from that bite wound.

Also, if you’re ill for an unexplained reason, it’s always good to include in your history to your physician that you have been around pets. Also, if you have a pet that’s sick, you should ask your veterinarian if there is a risk for anyone in your household. For example, there’s an infection in Minnesota that dogs get frequently that is spread in the urine. It’s called leptospirosis, and it can cause disease in people, although it rarely does. Usually, people are infected from wildlife sources, just like the dogs are. But if you have an infected dog, then that’s a risk to the people in the household. We instruct people to be careful around urine until the dog is treated.

MP: None of this means, of course, that you have to give up your dog or your cat.

JG: Oh, absolutely not. There are tons of studies that show the health benefits of having dogs and cats. Those benefits certainly vastly outweigh any risk. And the risk is quite low. You can mostly avoid it by just using common sense, like washing your hands and making sure that your pet has veterinary care. Sometimes when we hear these stories about someone who gets really ill from a pet-borne infection, it scares us. And we should be vigilant. But the reason why we hear about these things is because they’re so rare. We want to inform the public that there is a potential risk, but, realistically, infections from cats and dogs are quite low.

FMI: You’ll find more information about diseases that can spread from cats, dogs and other pets to humans — and how to prevent them — on the CDC website.