One of the many stereotypes the public has about people who use food shelves is that they aren’t really interested in healthful foods, like fruits and vegetables. Another is that they wouldn’t know how to prepare and cook such foods once they took them home.

But those — and other — common assumptions about food shelf users are myths. Recently, researchers surveyed more than 4,250 users of 188 food shelves across Minnesota. In that survey, 93 percent of the respondents said they wished they could provide more fruits and vegetables to their families. And 90 percent said they already knew how to prepare those foods.

Indeed, the top five foods that the survey’s respondents said they’d like to see more of at food shelves were all healthful: meat/poultry/fish, dairy products, fruits and vegetables, eggs and cooking items (such as oils and spices).

The survey was conducted by Hunger Solutions Minnesota and the SuperShelf initiative, two statewide nonprofit programs whose missions include improving food shelves to help reduce hunger and enhance the health of the more than 500,000 Minnesotans (1 in 10 of all people in the state) who are “food insecure” — who don’t know where their next meal is coming from.

The number of people using food shelves is growing, including here in Minnesota. In 2017, Minnesotans visited food shelves more than 3.4 million times — the highest number on record, according to Hunger Solutions.

To learn more about what the survey uncovered regarding the role that food shelves play in meeting the needs of Minnesotans struggling with hunger — and the myths that persist about the people who use them — MinnPost spoke with Caitlin Caspi, an assistant professor in the University of Minnesota Medical School’s Department of Family Medicine and Community Health. Caspi is leading a five-year evaluation of the SuperShelf initiative, which is funded by the National Institutes of Health. An edited version of that conversation with Caspi follows.

MinnPost: What are some of the stereotypes we have about people who use food shelves?

Caitlin Caspi: There’s a stereotype that only a certain type of people use food shelves, and that they’re not your neighbors, they’re not the people you know. But they really are. Food shelf use is at an all time high. It’s a common thing.

CC: Yes. One of the perceptions is that people are going to pick easy, packaged dinners or snacks, and that they’re not going to pick the healthier foods. But, really, when you ask the people who are going to the food shelf, it’s the healthy foods that they want for their family. We’re hearing that people — almost unanimously — are requesting healthy staples: poultry, eggs, dairy and high-protein foods. But if people are running low on food, sometimes the only thing they can afford are the ramen and the snack foods and the things you can find at your corner store, which may not be the healthiest. What we want to do is provide the type of food that people otherwise wouldn’t be able to get because it’s expensive or hard to access.

MP: Another stereotype that this survey shatters is that people using food shelves don’t know how to cook.

CC: When you’re talking to people about how to benefit food shelf clients, what we tend to hear a lot is that people can benefit from cooking classes, that we should invest our money in cooking classes. It’s true that cooking classes can be really beneficial to people, and they’re a good opportunity for fun and for health-related learning. But if we’re only putting our resources and energy into cooking-class interventions, we’re really missing a need. People can’t eat healthier – even if they know how— if they don’t have healthy food available to them. 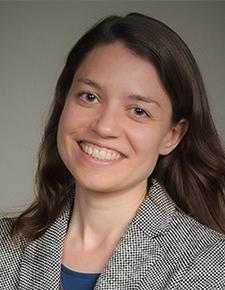 Earlier in my research, I evaluated a cooking class intervention and whether or not it could improve the diet of food shelf clients at four food shelves in the Twin Cities. It did show that people could improve the nutritional quality of their diet, but the effect was very [short-lived]. When we followed up with the people over a month later, there was no change in people’s behaviors. We’re also seeing that [cooking classes are] not what food shelf clients themselves want or need. I’m not saying that we should just suspend cooking classes entirely, but we have to broaden our thinking about what kind of interventions people want and need and where we’re going to place all of our dollars and resources.

MP:  Some of the findings from this survey are pretty startling. It found that 67 percent of the people who use Minnesota’s food shelves are still food insecure and that 66 percent have someone in their household at high risk of a chronic illness that is impacted by the quality of their diet, such as diabetes or high blood pressure.

CC:  Yes. When people go shopping at the food shelf they actually are taking food home to their household. And so people can be really frustrated by not having the offerings that they have been recommended by their doctor. Food shelves have the potential to actually contribute to the health of their clients by making their foods healthier.

MP: You have said that the role of food shelves have changed over the years, and that we need to stop thinking of them as providing only emergency food support. What do you mean by that?

CC: That was really one of the most striking things we found in this statewide survey. A lot of times people can only go once a month to the food shelf. So we used to have this idea that people would come and get two or three days worth of food just to tide them over till their next paycheck. That’s not the phenomenon we’re seeing anymore in food shelves. We’re seeing that a very sizable portion of the people who are visiting food shelves [53 percent according to the survey] are relying on them for the bulk of their food — and most of the fruits and vegetables — that they are getting during the month. That’s really astounding and a call for food shelves to respond to that need.  We’ve also been finding that people are using food shelves for a longer period of time — not for just one month, but for a number of months, even years. The system that was previously more commonly referred to as the emergency food system — well, that name isn’t quite appropriate anymore.

MP: SuperShelf is trying to create food shelves that are more like a healthy grocery store experience, correct?

CC: Exactly. It’s all about having a client-centered, respectful environment [and about] the idea that people are going to make the best choice for their family. Just to circle back really quickly to your first question about stereotypes, people who use food shelves have the same food preferences as anybody else, any other family. People have family members who have allergies or food sensitivities, and people tend to make the best choices for their family. So having a choice-based food pantry or food shelf has become more the norm in Minnesota, where it used to be [people were given] prepackaged bags [of food].

MP: What are your recommendations for how we need to change — and support — our local food shelves?

CC: First, we need to increase the availability of healthy food and allow clients to choose that food. There are a couple ways to do that. The general public can donate those healthier foods rather than things like ramen or pre-packaged items. There are tons of high-protein, not-very-processed non-perishable foods — like peanut butter. People can also donate spices and condiments, things that make it easier for people to cook. People overlook olive oil and dressings [when donating to food shelves]. Those are really expensive items — and ones that are really in high demand at food shelves.

The other thing you can do is to provide funds to food shelves so they can make the call on where to spend the dollars. The food shelf can then respond to its local communities who might have culturally specific foods that they’re requesting and that individual donors might not know about. Also, food shelves can spend money very efficiently. They can procure foods at a low cost and get really great deals on bulk [supplies] of healthy foods. So your dollar can really go a long way at a food shelf.

MP: These are our neighbors, so they just want the same healthy foods that the rest of us do.

For more information: You can read about the survey’s results at SuperShelf’s website. For information about the different ways you can support Minnesota’s food shelves, go to Hunger Solutions’ website.